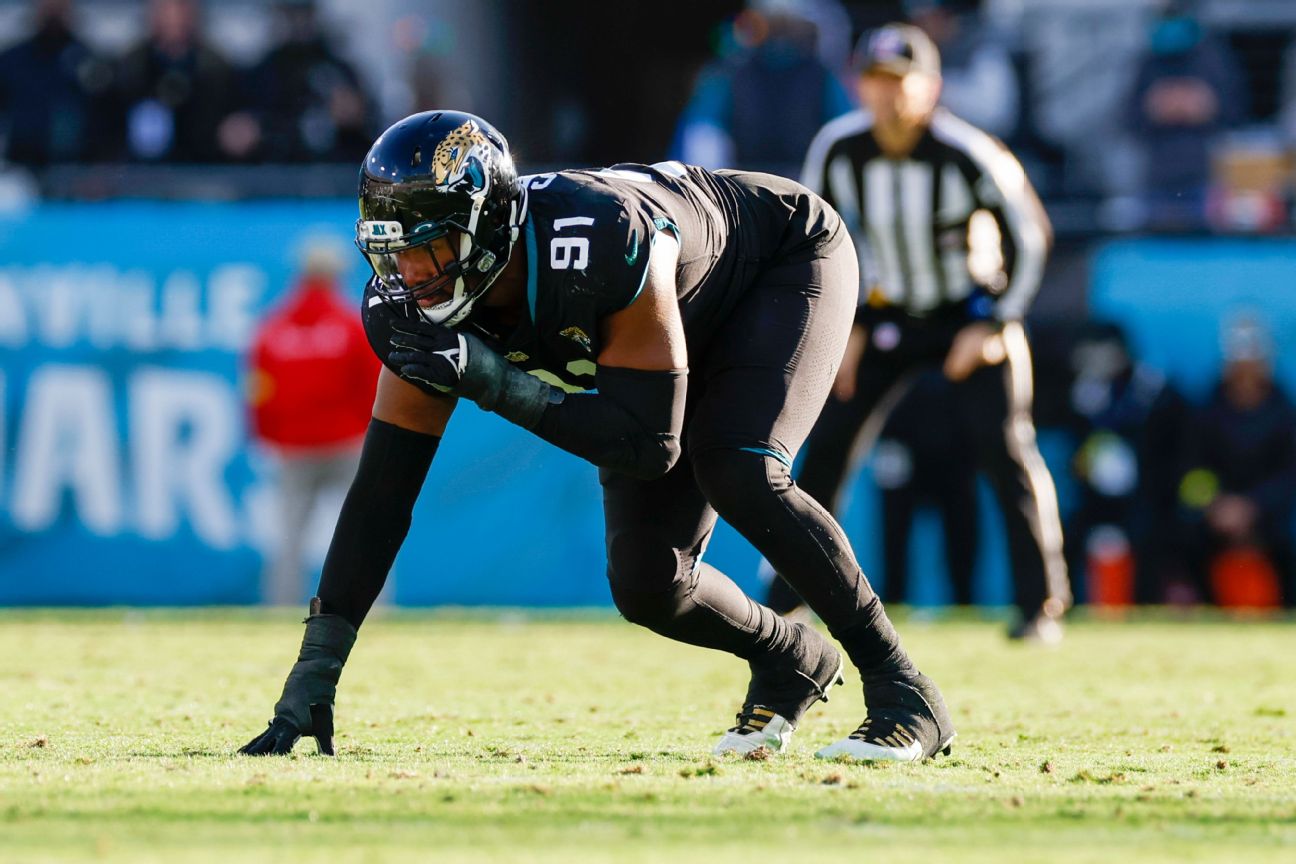 JACKSONVILLE, Fla. — Jaguars defensive end Dawuane Smoot said Saturday that he will miss the remainder of the season with a torn right Achilles tendon.Smoot posted on his Instagram story that the results of an MRI confirmed the injury, which he suffered during Thursday night’s 19-3 victory over the New York Jets at MetLife Stadium.”I’m disappointed that I won’t be able to finish the season on the field alongside my brothers as we fight for a postseason berth, but I’m proud of the work we have done as a team to put ourselves in a position to play meaningful football at this point in the season,” he wrote. “I plan to be there for my teammates and support them as we work towards finishing strong.”1 RelatedSmoot’s injury is the latest instance of a player suffering a season-ending noncontact injury playing on the FieldTurf surface at MetLife Stadium in East Rutherford, New Jersey. The stadium announced last month that it will replace the playing surface next season to a different synthetic surface.The Jaguars (7-8) trail the Tennessee Titans (7-7 heading into Saturday’s game against the Houston Texans) in the AFC South. The teams will meet in Week 18 in Jacksonville, Florida.Smoot is tied with linebacker Josh Allen for the team lead in sacks with five and is second with 12 quarterback hits. He also has 21 tackles, two pass breakups, a forced fumble and a fumble recovery. This is the fourth consecutive season in which Smoot has had at least five sacks.The Jaguars drafted Smoot out of Illinois in the third round in 2017. He signed a two-year, $10 million extension in 2021 and is scheduled to become a free agent after this season.