It was ‘right moment’ for Wenger’s return 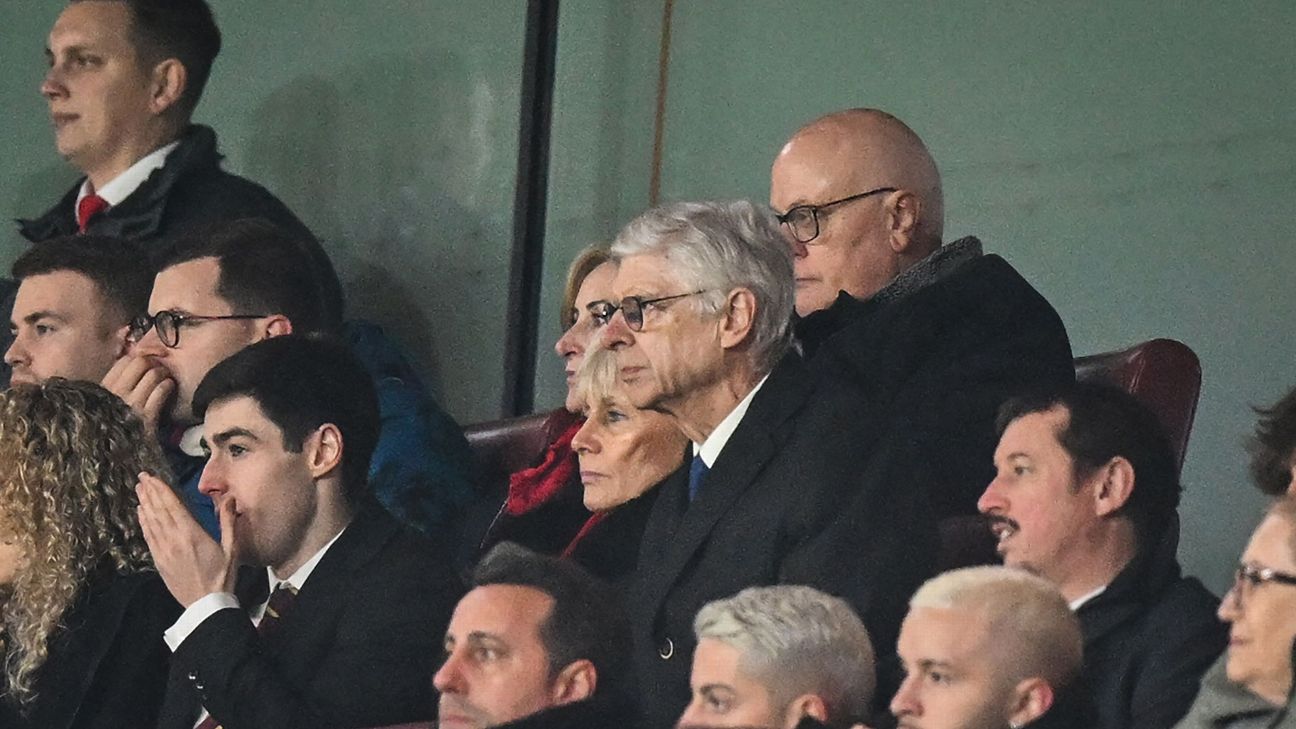 Mikel Arteta believes Arsene Wenger chose the “right moment” to return to Arsenal and that his players put on a show worthy of the occasion in Monday’s 3-1 win over West Ham United.The Gunners recovered from a goal down as Bukayo Saka, Gabriel Martinelli and Eddie Nketiah all struck in the second half to secure a win which extends their lead at the top of the Premier League to seven points.- Olley: Arsenal front line steps up in Jesus’ absence- Stream on ESPN+: LaLiga, Bundesliga, more (U.S.)Wenger managed Arsenal for almost 22 years before departing in 2018, later becoming FIFA’s head of global football development.Although the 72-year-old divided the Gunners’ fanbase over his latter-day management of the club, Wenger was serenaded as he sat in the directors’ box near owner Stan Kroenke and his son Josh.Arsene Wenger watches the match between his former team Arsenal and West Ham at the Emirates Stadium. Getty Images”Winning, my mood is going to be much better talking to him and to be around the team,” Arteta said after the match. “He picked the right moment, a really special day because Boxing Day is a beautiful day to play football and I thought today the levels were what he deserved and hopefully he’ll like.”The players didn’t know [about it]. We wanted to keep it quiet and allow that space for Arsene. Stan and Josh are here as well and it was a really special day.”Thank you so much to him for coming. Hopefully walking through the building he’s going to feel everything that everybody thinks of him, the legacy he left here. As well his presence has to be very, very attached to this football club. Also, thank you to him for everything he did at the club.”Hopefully he’s going to leave here and be willing to spend more time with us and be more around us because he’s such a big influence for me personally in my career, the way I see the game, but as well for this football club.”