If the Titans rebuild this offseason, what could that look like? 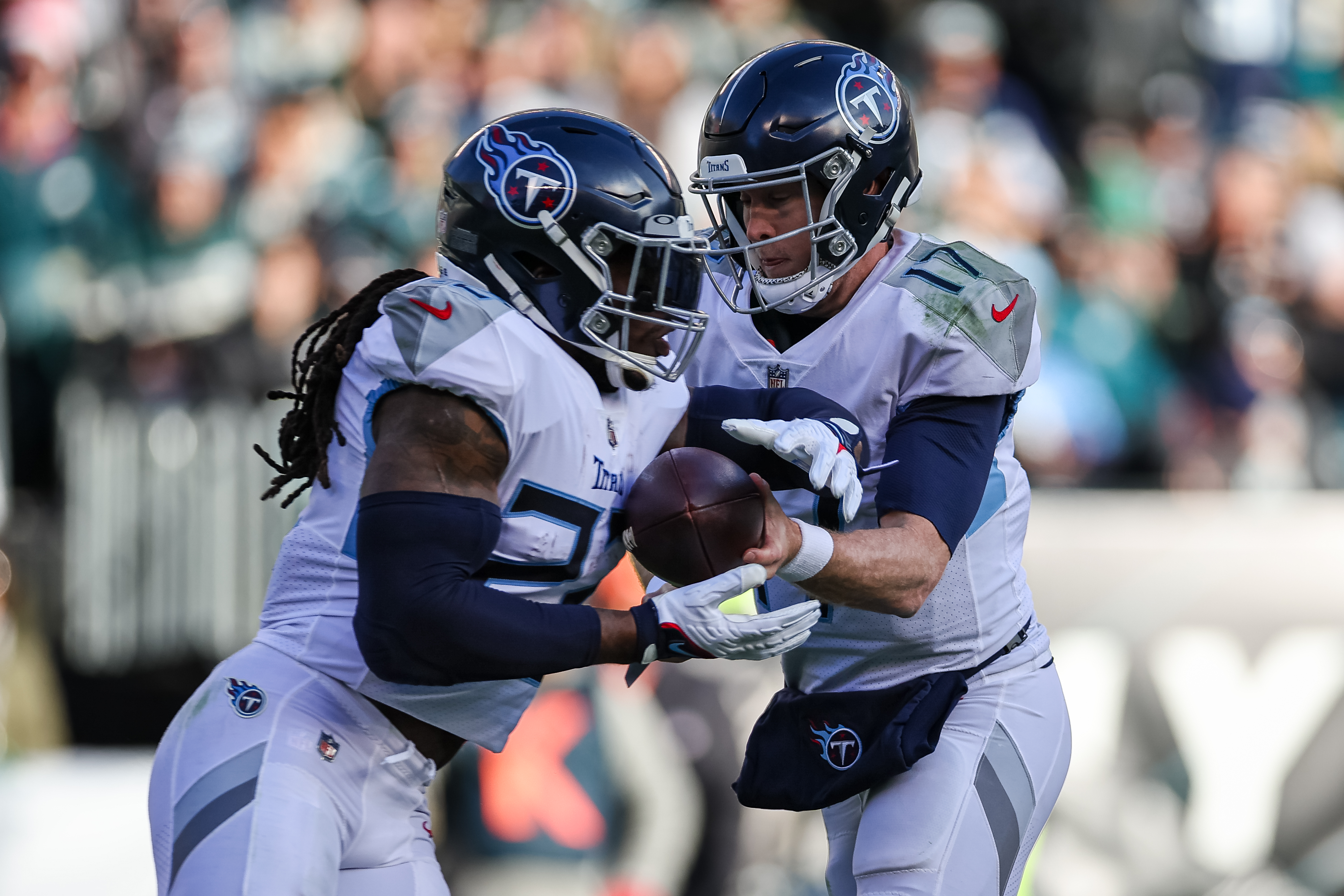 Ben Arthur AFC South Reporter The Titans could very well still make the playoffs this season, despite their five-game losing streak amid a stunning collapse. If they beat the Jaguars in the regular-season finale, they’ll clinch a third straight AFC South title — a feat the franchise hasn’t accomplished in 60 years – and host a playoff game.  From there, anything can happen. That’s something to look forward to in the short term. In the long term, though? A potential rebuild is what the Titans should look toward. It’s what they need.The defense has flashed promise regardless of personnel, but the offense has been dreadful, needing a complete reimagination.Tennessee’s offensive-line play has underwhelmed. There’s not enough talent at the pass-catching spots. And overall, the team depends on quite a few high-priced veterans and high draft picks who are either on injured reserve and/or consistently miss large swathes of time. The depth behind those players is also lacking. In the 2020 and ‘21 draft classes combined, the Titans added just one player who’s started at least 10 games (cornerback Kristian Fulton).So what could a Titans rebuild look like? A few pillars: Move on from Ryan TannehillMalik Willis performed poorly in Sunday’s stunning loss to the Texans, but it remains possible that the Titans are committed to giving the raw dual-threat quarterback a chance to be the 2023 starter. One can argue his three starts — and small cameos in two other games — to this point aren’t enough of a sample size to decide on his starting potential. Playing behind a bad offensive line hasn’t helped, either. My thought process: Willis gets a challenger for the QB1 role in 2023 in a cheap veteran, and Tannehill — the starter since midway through the 2019 season — gets traded. The Titans could save $17.8 million against the 2023 salary cap by releasing him in the offseason, according to Over The Cap. But they could gain the same cap savings by dealing him — and get a return on a player who’s been a productive quarterback. This way, the Titans can use the cap space from parting ways with Tannehill (and other potential cap casualties) to maximize the talent around Willis, giving him the best chance to be successful. If he doesn’t pan out, the Titans could draft a first-round quarterback in 2024.Keep Derrick HenryHenry will be in his age-29 season next year. That’s typically a turn off for NFL franchises, especially with running backs who have handled a large workload. But he’s still among the very best at his position.After missing nine games last season with a Jones fracture, Henry has rushed a league-leading 319 times for 1,429 yards (second in the NFL) and 13 touchdowns (second among running backs) through 15 games. His production has remained at an elite level in spite of a struggling, hurting offensive line.Henry is still the team’s top offensive playmaker and he’s under contract through 2023, when he’s due $10.5 million in base salary. He doesn’t figure to have much of a market considering his age and position, either. The Panthers netted a second-, third-, fourth- and fifth-round pick for Christian McCaffrey, but he’s two years younger than Henry, has less wear and tear as a runner and is a much better pass-catcher than the Titans star. Tennessee would be best served keeping Henry around for the last year of his deal, then reassess the running back position in 2024. Keep Taylor Lewan on a pay cut (if possible)Taylor Lewan was a slam-dunk cap-casualty candidate for the Titans several months ago, but the drastic decline in the team’s play at left tackle makes that a tougher conversation.Dennis Daley, the starter at the spot since Lewan tore his ACL in Week 2, has struggled mightily. He leads all NFL offensive tackles in sacks (12) and pressures (47) allowed this season, according to Pro Football Focus. Dillon Radunz, a 2021 second-round pick, suffered a season-ending knee injury (reportedly a torn ACL) in Week 15 against the Chargers, and the timing of the injury puts his 2023 season in doubt. Tennessee has no long-term answer at the critical left tackle spot. Under his current contract, Lewan is due $14.8 million in base salary for 2023, the last year of the extension he signed in 2018, per Over The Cap. That counts in full against the salary cap. If the Titans can re-work that last year to a team-friendly deal, that would be the best-case scenario. It would allow Tennessee to draft an offensive tackle without the pressure to play the rookie right away, and keep it from overpaying for a left tackle amid a rebuild.The Titans also face big questions across the interior offensive line — at center and both guard spots. Will Ben Jones return for the back half of the two-year extension he signed in the spring? Who is the left guard going to be? Will right guard Nate Davis, an unrestricted free agent this offseason, stay put in Nashville? Part ways with slew of veterans Tannehill and Lewan aside, these are the veterans that it would make the most sense to release — based on performance, injury history and cap hit — and the cap savings that would be gained as a result: Outside linebacker Bud Dupree — $9.3 millionWide receiver Robert Woods — $12 millionLinebacker Zach Cunningham — $9.2 millionOffensive lineman Jamarco Jones — $1.3 millionReleasing those four players alone would create more than $31.8 million in salary cap space, according to OverTheCap, leaving Tennessee cap room to reinforce their roster elsewhere.Top stories from FOX Sports:Ben Arthur is the AFC South reporter for FOX Sports. He previously worked for The Tennessean/USA TODAY Network, where he was the Titans beat writer for a year and a half. He covered the Seattle Seahawks for SeattlePI.com for three seasons (2018-20) prior to moving to Tennessee. You can follow Ben on Twitter at @benyarthur.  Get more from National Football League Follow your favorites to get information about games, news and more