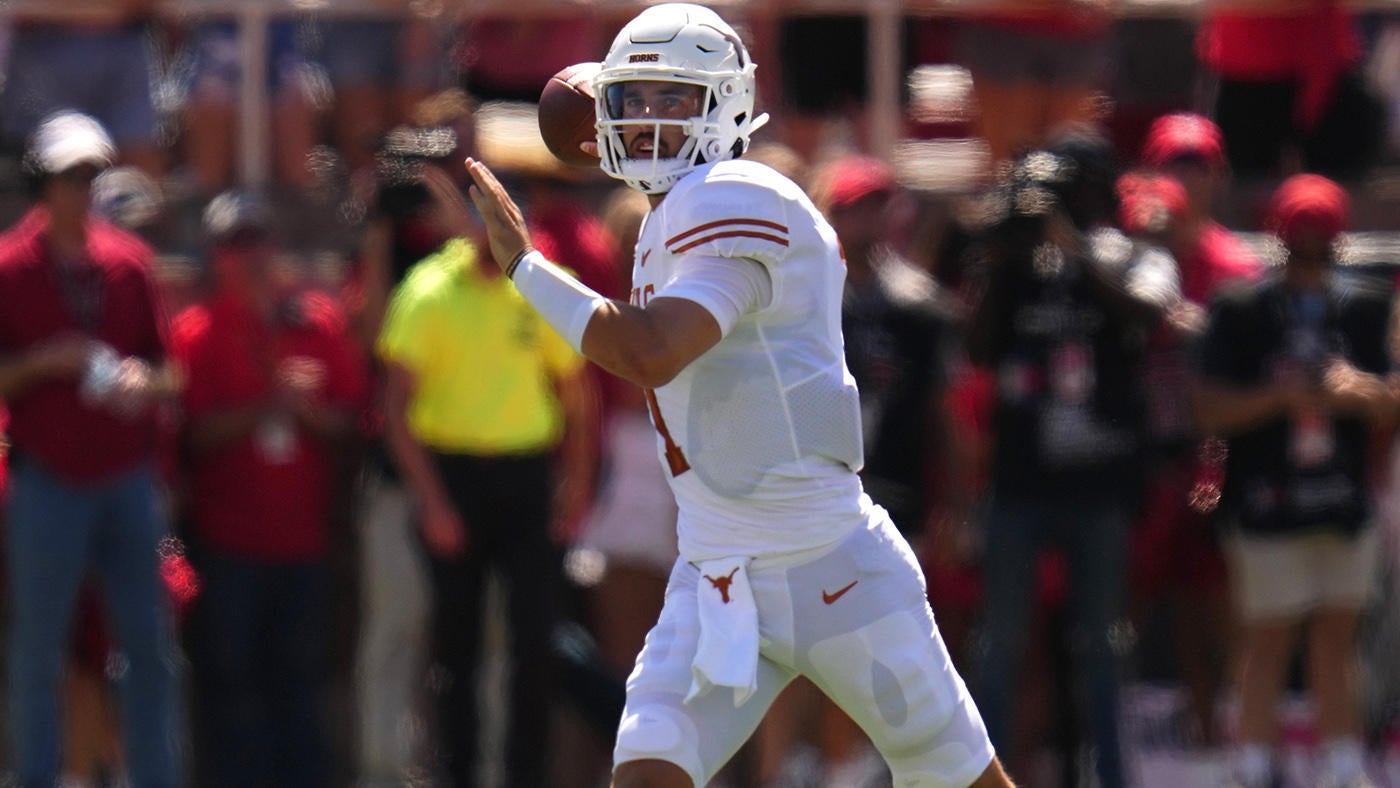 Former Texas starting quarterback Hudson Card has chosen Purdue as his transfer destination, according to ESPN. News of Card’s move has yet to be made official, though first-year Boilermakers coach Ryan Walters posted a video on Twitter saying that the program received some good news — insinuating that he has secured the commitment of the experienced signal caller. Card was the opening day starter for the Longhorns in in 2021, and took over for Quinn Ewers in the Week 2 loss to Alabama after the five-star freshman was injured during the game. Card threw for 1,523 yards and 11 touchdowns in three seasons with the Longhorns including 928 yards, six touchdowns and only one interception in 2022 as Ewers’ backup. He nearly led Texas to the upset victory over Alabama after Ewers injury when he threw for 158 yards. He started the next three games, throwing for 741 yards, tossing all six of his touchdowns and leading Texas to victories over UTSA and West Virginia.Card threw for 224 yards and two touchdowns in the first game of the 2021 season vs. Louisiana-Lafayette but was benched after completing just 8 of 15 passes for 61 yards in a loss at Arkansas. He finished the regular season as Casey Thompson’s backup. A 6-foot-2, 201-pounder from Austin, Texas, Card was a four-star prospect and No. 59 overall player in the Class of 2020.Ryan Walters has his guy under centerPurdue star quarterback Aiden O’Connell is preparing for the NFL Draft, which opens to the door for Card to establish himself as the front-runner under the new regime. Sixth-year senior Austin Burton will lead the Boilermakers in the Citrus Bowl vs. LSU, which means Card will be the most experienced quarterback on the depth chart once Purdue starts spring practice.

Walters needs a weapon on offense following the departure of coach Jeff Brohm to Louisville, and Card is certainly capable of providing that punch. Card is No. 3 quarterback in the transfer portal, according to 247Sports, behind only Devin Leary (Kentucky) and Grayson McCall (undecided). It’s that kind of upside that Purdue — a program that expects dynamic offenses — needs during the transition. Would Walters have been better off with Leary or McCall? Maybe. However, landing the third-ranked portal quarterback shows that he is serious about contending in 2023.A fresh startCard is a perfect example of why the transfer portal is good for college football. He wasn’t ready to be a Power Five starter in 2021, and there’s no shame in losing out to a star-in-the-making like Ewers in 2022. His performance in a pinch when Ewers hurt his shoulder showed that he not only has grown as a player but still has a high enough ceiling that is attractive to coaches around the country.

To put it simply: There’s plenty of time left for Card to follow through on the buzz that he had when he signed with his hometown Longhorns. A fresh start with a Power Five program with a first-year coach is a perfect situation that will allow Card to continue his growth as a starting quarterback.