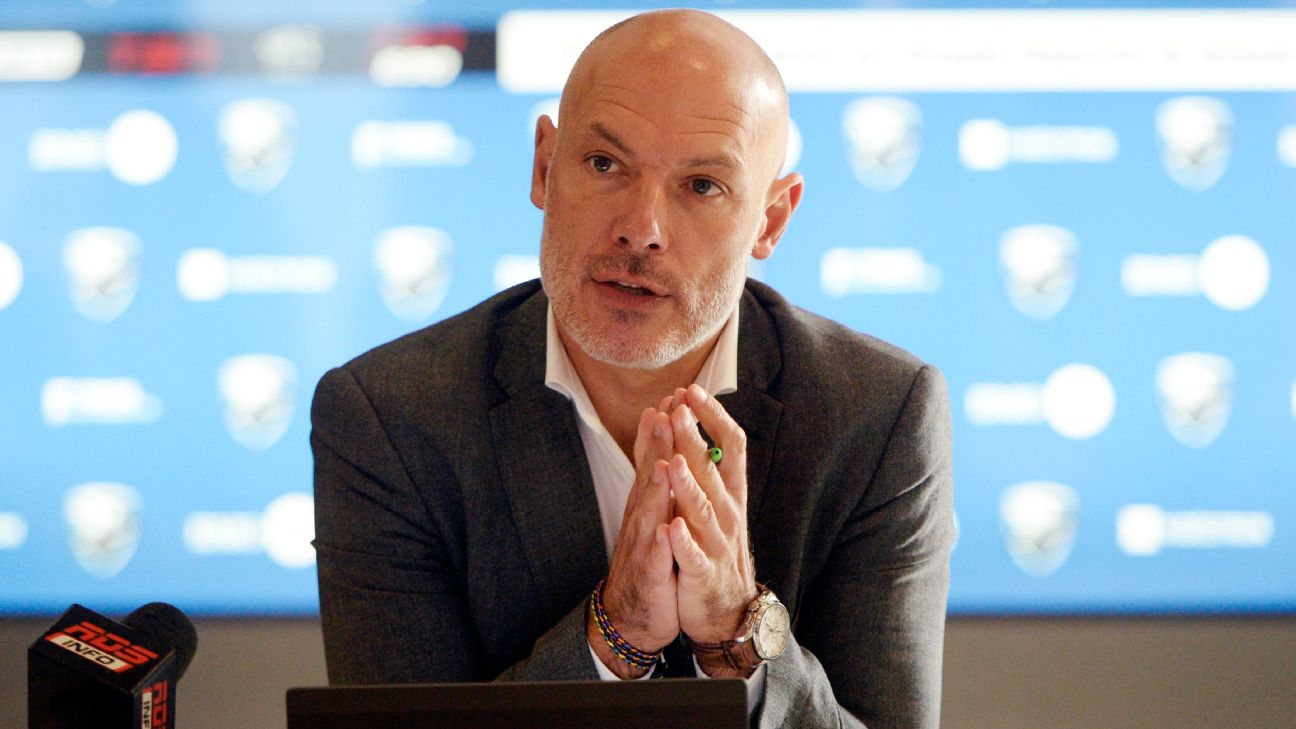 Howard Webb has said he wants more openness about decision-making after taking over as the head of referees for the Premier League.Webb, a former Premier League official who took charge of the 2010 World Cup final, left the same role at the Professional Referee Organization for Major League Soccer to return to England, taking up the post of chief refereeing officer for PGMOL as of Dec. 1.- How VAR decisions have affected every Prem club- VAR’s most controversial moments at the World Cup”My biggest role is to take some of the learning on board from my time away from the English game, apply some of that in terms of guidance and coaching, and try to change the perception a bit and be more transparent, more open,” Webb said. “Not everything we did in Major League Soccer will work over here, it’s a different environment, but some things will.”We want to engage with people, and manage expectations a bit better than I think might have been done before, and be receptive to feedback.”Webb added: “As it stands at the minute, clearly there’s a feeling that the perception could be better, and the level of transparency could be better.”The audio between the VAR and the referee is released by MLS each week, and while this won’t happen immediately in the Premier League it’s something Webb is working towards.Howard Webb replaces Mike Riley as part of a new leadership group within PGMOL. Eric Bolte-USA TODAY Sports”I hope we get to the point where we are able to share some of the audio,” Webb said. “Even if people don’t necessarily agree with the final decision, people can understand the process and the rationale and be much more accepting of the decision.”We’re not going to satisfy and please everyone, some decisions split opinion. You’ve got clearly correct decisions, and clearly wrong decisions, and then this grey zone of subjectivity where people form an opinion.”Webb replaces Mike Riley as part of a revamp of PGMOL, the organisation that controls refereeing in England. It’s part of a new leadership group which also features Danielle Every (chief operating officer), Dr. Steve McNally (performance support director) and former Bristol City, Swindon Town and Tranmere Rovers striker Dr. Wayne Allison (coaching director) who will implement the Elite Referee Development Plan to improve standards.Former rugby league referee and video referee Phil Bentham has also been appointed as the VAR coach for the Premier League.Webb hopes the changes he is putting in place will give referees the confidence to stick with their decision on a VAR review, when necessary. The Premier League has said that of 48 VAR interventions this season, six were incorrect; these could have been prevented had the referee rejected the review at the monitor.”I’ve seen the benefits of Phil, who’s come in to really work on their communication,” Webb said. “We’re probably going to be in a world at some point where that communication will be made available, no problem as we’ve got nothing to hide. And the level of professionalism, and the way they communicate, is really good already.”My job is to put as much input into ensuring we get greater consistency around the question that VARs are being asked to ask themselves: was it clearly wrong. They’ll get that opinion right more often than wrong, but occasionally they might misplace it and that’s why the referee has to have the right when they get to screen to say ‘thank you, I appreciate the opportunity but in my opinion I’ve not made a clear and obvious error.’ So that’s where we’ve got to do a lot of the management.”Webb also said that PGMOL is eager to create a better pathway for former players to become referees; two current Premier League officials started out as professional players before switching to refereeing, Simon Hooper (Swindon) and Darren England (Barnsley.)”It is a great way to stay involved in the game and we need to look at how we are going to entice people into refereeing,” Webb explained. “We have always struggled to get ex-players involved. I am sure someone out there will want to be a trailblazer, somebody who has played in the Football League.”I don’t expect players who have played at the very highest level, and have other opportunities, to come into it. But somebody who has had a decent career and has a good knowledge of the game. Maybe late-20s, suffering with injury or whatever it might be, I think there is an opportunity for someone to really blaze a trail and we would welcome them wholeheartedly, with the skills they have got from their playing career. Provided they have got the other skills they need to become successful.”You can’t bypass the basic experience you need but you can credit what they already have got in experience in the game, by playing or whatever their role is, and build on that as quickly as you can and get them up there as quickly as possible, and that will entice people in.”