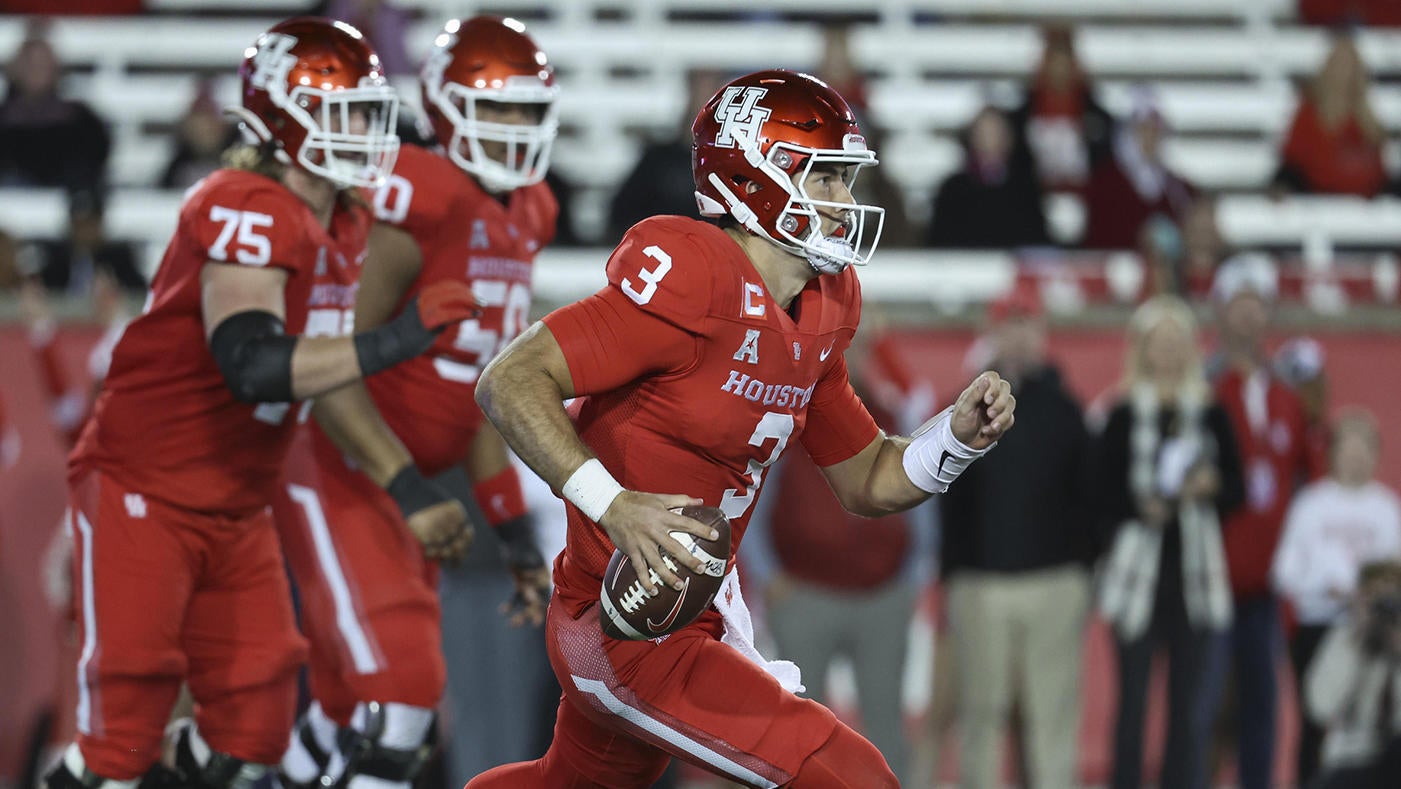 The holiday weekend schedule of college football bowl games gets underway Friday afternoon with an intriguing matchup in the Independence Bowl, which pits Houston and Louisiana against each other. Both of these programs have fallen off a bit this season after finishing among the top Group of Five teams a year ago, but a bowl game offers the chance for them to enter the offseason with momentum.Houston’s 7-5 record under fourth-year coach Dana Holgorsen is an underwhelming mark after last year’s squad finished 12-2, but the Cougars have done well to bounce back from a 2-3 start with wins in five of their last seven games. With redshirt senior quarterback Clayton Tune leading the way, the Cougars’ offense remains a potent force.Louisiana has won three straight bowl games and can match the program’s stretch of four straight bowl wins from 2011 to 2014 with a victory. First-year coach Michael Desormeaux faced the unenviable task of replacing Billy Napier, who left for Florida after four seasons at the helm of the Ragin’ Cajuns. But after six seasons on staff at Louisiana, he managed to steady the ship and get his alma mater back to a bowl.How to watch Independence Bowl liveDate: Friday, Dec. 23 | Time: 3 p.m. ETLocation: Independence Stadium — Shreveport, LouisianaTV: ESPN | Live stream: fuboTV (Try for free)Houston vs. Louisiana: Need to knowTune up: Tune has a few records in sight as he prepares for his final college game. The veteran quarterback is already the AAC’s career leader in touchdown passes with 101, but can pass Tanner Mordecai’s record for most touchdown passes in a season with 39 if he throws two touchdowns against Louisiana. Tune also needs just one touchdown — rushing or passing — to set the league’s new scoring record as the Cougars prepare to depart for the Big 12 next season.

Turnovers are key: Louisiana is tied for 11th nationally with 15 interceptions and tied for 21st nationally in turnover margin. The Ragin’ Cajuns have forced 23 turnovers, which bodes well against a Houston team that ranks tied for 118th in turnover margin. The Cougars have committed 19 turnovers this season and forced just 11. A lack of turnovers have been just one of the issues with a UH defense that is 110th in total defense and tied for 117th in scoring defense.Series history: This marks the first-ever appearance in the Independence Bowl for both teams, but it’s not their first time playing each other. Houston and Louisiana have met nine times previously, with the Cougars holding a 6-3 edge in the series. But the Ragin’ Cajuns won the last meeting back in 2006 by a score of 31-28.Independence Bowl prediction, picks

Bowl games often come down to motivation, and Louisiana should be the more motivated team in this case. The Ragin’ Cajuns are playing in their home state and trying to match a program record by winning their fourth straight bowl game under first-year coach Michael Desormeaux. Houston’s offense is an aerial force led by Clayton Tune, but the Cougars’ defense is a problem after allowing 37 points to Tulsa while closing the regular season in a loss. Look for Louisiana to keep this one close and potentially win outright. Prediction: Louisiana +7