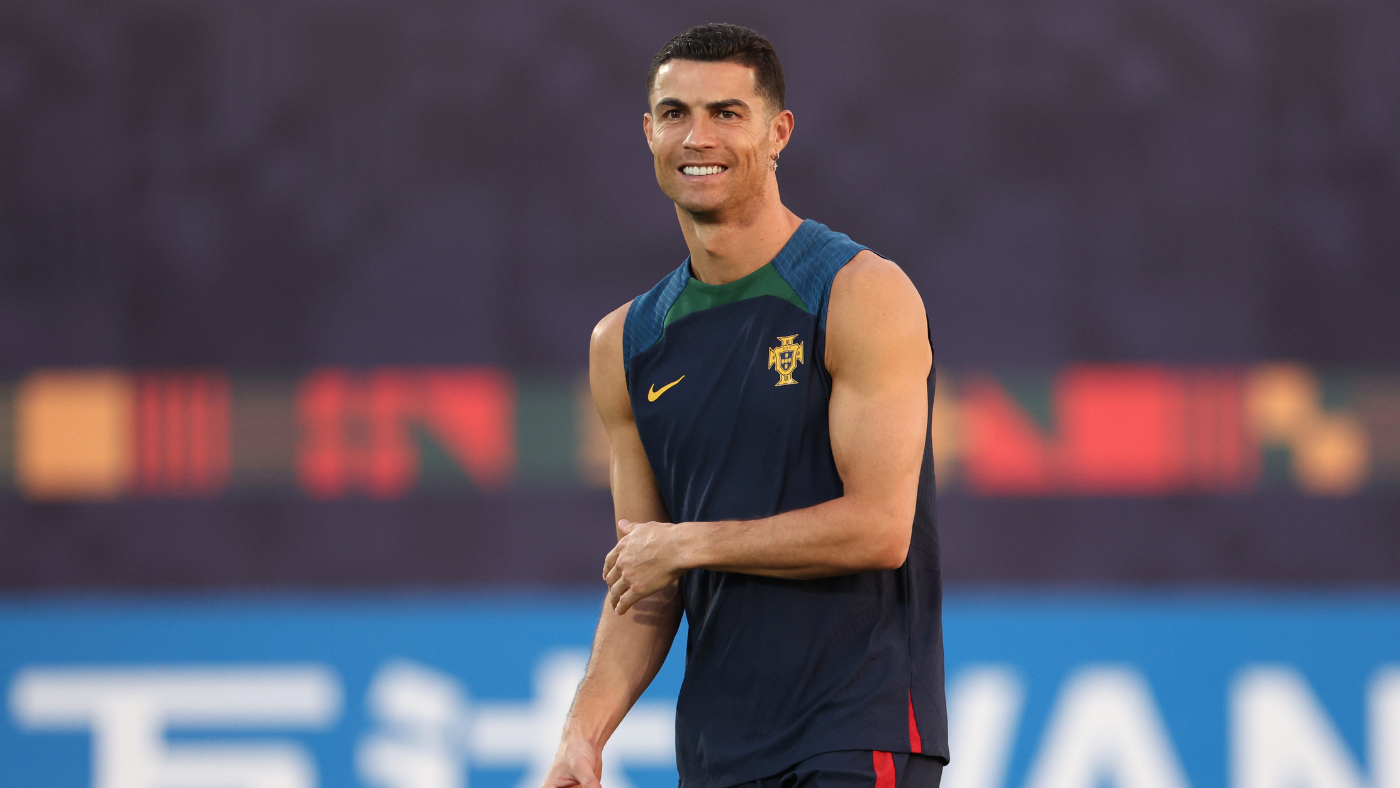 Happy Boxing Day. Is it a real holiday? Depends what country you’re reading this from. But one thing it means, no matter where in the world you are, is plenty of soccer. The club game is well and truly back with the weird midseason World Cup in the rearview mirror as England launch into a full slate of Premier League games.I’m Mike Goodman, and while you recover from all your Christmas merriment I’m here with your Golazo Starting XI newsletter to wish you a happy Monday and break down some Premier League action.Notable Premier League matches: MondayAston Villa vs. Liverpool, 12:30 p.m. ETArsenal vs. West Ham, 3 p.m. ETTuesdayChelsea vs. Bournemouth, 12:30 p.m. ETManchester United vs. Nottingham Forrest, 3 p.m. ET Remember, as Champions League soon resumes, you’ll be able to catch all the action on Paramount+. Use offer code ALLYEAR now to get 50% off the annual plan. We’ve got UEFA club competitions, Serie A, NWSL, FA Women’s Super League and more just one click away. ⚽  The Forward LineWelcome back to Premier League actionThe Premier League’s approach to Boxing Day has always been unique. While the rest of European football usually takes the festive season off to relax and refresh, the Premier League treats boxing day like the NFL treats Thanksgiving, claiming the holiday and all its eyeballs for its own. This season, the boxing day fixation also means England is the first top-tier league to return to action in the wake of the World Cup. James Benge is here to remind you what the biggest storylines from England’s domestic league are. Namely, can Arsenal keep it up atop the Premier League table.

Benge: There were plenty, me included, who thought Arsenal were bound to improve this season. Perhaps not even Mikel Arteta could have imagined the great strides his side were about to take however. Through 14 games their record reads 12-1-1, the six teams to have 37 points through their first 14 games have all gone on to win the title but then only one of them, Liverpool in 2019-20, had Manchester City breathing down their necks.
CBS Sports Golazo Instagram
Slightly further down the table, the race for the top four in the Premier League looks like it’s going to be a multi-team battle deep into the second half of the season.Benge: A serious scrap looms for third and fourth. Tottenham are in position now but there’s only so long that winning whilst looking underwhelming can be an unquestionably good thing. Liverpool have pedigree but a lot of ground to make up. Manchester United seem to have finally understood that football clubs need to make grown up decisions but you could not blame Erik ten Hag if the turmoil of ownership and life post-Cristiano Ronaldo has an impact. Chelsea have lost some of their defensive prowess that they displayed early on under Thomas Tuchel but have not substituted it for much attacking punch so far under Graham Potter.Still, all these teams have the star quality to possibly go on a run of half a dozen games in which they grasp a top-four position for themselves. All that can be said with any relative certainty right now is that the margins between success and failure promise to be razor sharp this season.Make sure you check out the entirety of Benge’s refresher as you dive back into the Premier League alongside your Christmas leftovers. Sponsored by Paramount+ 🔗  Midfield Link PlayRonaldo moves ever closer to Saudi ArabiaAnother day, another chapter in the Ronaldo story. Today, Saudi Arabian side Al Nassr are setting up the Portuguese star’s medical as they continue to think that they will be able to get this deal all prepped and readied for launch when the transfer window opens on January first. Benge has all the details.Let’s get to some transfer links, and the rest of the post-Christmas news.For more of the latest transfer news check out Fabrizio Romano’s transfer notes.Tottenham returned to action exactly the way they left it, writes Chuck Booth.The entire soccer world’s thoughts are with Pele right now as his family gathers with him in Brazil where he continues to be hospitalized as he fights cancer.House of Champions: It’s your boxing day preview, as the gang looks forward to the Premier League’s return.Attacking Third: Take a look back at the best of the USWNT from 2022.Are you still in the holiday spirit? Bayern Munich sure is.And remember, if you’re still looking for some VERY last-minute gifts, Paramount+ fits neatly in that stocking. Use offer code ALLYEAR now to get 50% off the annual plan. We’ve got Messi in the Champions League, UEFA club competitions, Serie A, NWSL, FA Women’s Super League and more just one click away.💰  The Back LineBest bet

Club soccer is back, so let’s take a look at the biggest game of the day. All odds courtesy of Caesars Sportsbook. Arsenal vs. West Ham, Monday, 3 p.m. ET (Peacock)💰 THE PICK: West Ham (+540). West Ham have struggled all year and Arsenal have not, to say the least. But this is a very big number, and Arsenal have the looming problem of how to replace Gabriel Jesus hovering over their head. I will need to see them figure out the post-Jesus plan before I believe that they should be this dominantly favored over a West Ham team that’s better than their record indicates