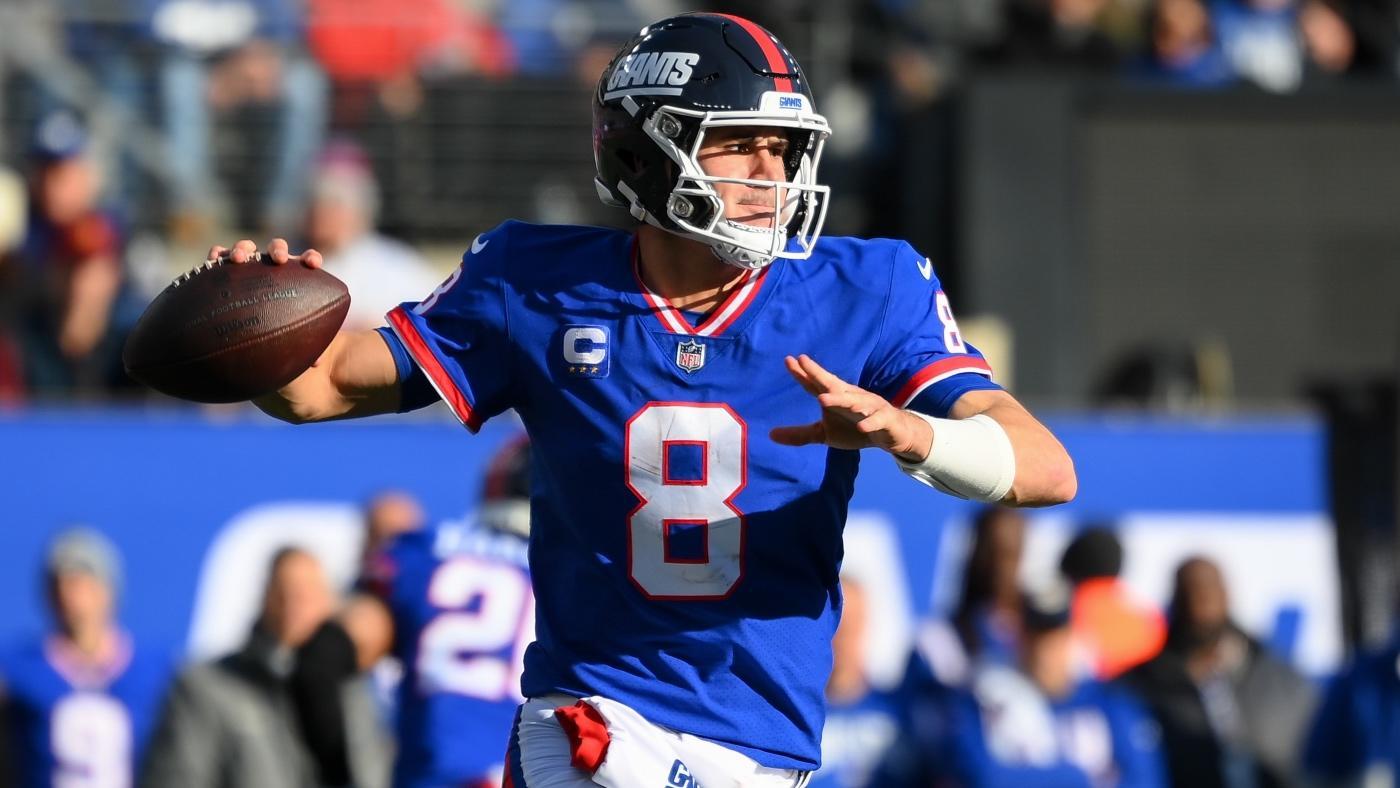 Daniel Jones and the New York Giants (8-5-1) hit the road looking to keep pace in the NFC Wild Card race when they take on Kirk Cousins and the Minnesota Vikings (11-3) on Saturday at U.S. Bank Stadium. The Vikings are 7-1 at home, while New York is 4-2 on the road. The Vikings are coming off a 39-36 overtime win over the Indianapolis Colts where they overcame a 33-0 deficit to complete the biggest comeback win in NFL history. Meanwhile, the Giants are coming off a huge 20-12 divisional win over the Washington Commanders on Sunday Night Football. Kickoff is at 1 p.m. ET. Minnesota is favored by 4 points in the latest Vikings vs. Giants odds from Caesars Sportsbook, and the over/under is set at 48. Before making any Giants vs. Vikings picks, you’ll want to see the NFL predictions and betting advice from the proven computer model at SportsLine. The model, which simulates every NFL game 10,000 times, is up more than $7,000 for $100 players on top-rated NFL picks since its inception. The model enters Week 16 of the 2022 NFL season on an incredible 157-113 run on top-rated NFL picks that dates back to the 2017 season. The model ranked in the top 10 on NFLPickWatch four of the past six years on straight-up NFL picks and beat more than 94% of CBS Sports Football Pick’em players four times during that span. Anyone who has followed it is way up.Now, the model has set its sights on Vikings vs. Giants and just locked in its picks and NFL Week 16 predictions. You can head to SportsLine now to see the model’s picks. Here are several NFL odds and betting lines for Vikings vs. Giants:Vikings vs. Giants spread: Vikings -4Vikings vs. Giants over/under: 48 pointsVikings vs. Giants money line: Minnesota -210, New York +175Vikings vs. Giants picks: See picks here

What you need to know about the VikingsIt may have taken overtime to finish the job, but the Vikings ultimately got the result they were hoping for on Saturday with a 39-36 win over the Indianapolis Colts. Minnesota was down 33-0 at the end of the half, but the squad rallied to mount a spectacular comeback. Their success was the result of a balanced attack that saw several players step up, but RB Dalvin Cook led the charge as he caught four passes for one TD and 95 yards. The Vikings have already clinched the NFC North and still have a slim chance to end up with the top seed in the NFC playoffs. Minnesota’s success in the win/loss column has defied logic, however, as it is allowing 24.9 points per game, while scoring 25.1 points per game. The Vikings defense has had issues all year ranking dead last in the NFL in total yards allowed per game (399.2), and remains their Achilles heel heading into the postseason. What you need to know about the GiantsMeanwhile, New York bagged a 20-12 victory over the Washington Commanders on Sunday. New York can attribute much of its success to a strong defensive effort and a solid game from running back Saquon Barkley, who punched in one rushing touchdown. The Giants enter this matchup ranked third worst in the NFL in rushing yards allowed per game (150.4), but the Vikings have a bottom five rushing attack averaging 95.4 yards per game on the ground. The reality of the situation here is that New York has more to play for in this game with a playoff spot on the line. New York currently holds the No. 6 seed in the NFC, and a win would go a long way in creating some separation in a tight race.How to make Vikings vs. Giants picksThe model has simulated Vikings vs. Giants 10,000 times and the results are in. We can tell you that the model is leaning Over on the point total, and it’s also generated a point-spread pick that is hitting in well over 50% of simulations. You can only see the model’s pick at SportsLine.So who wins Giants vs. Vikings? And which side of the spread hits well over 50% of the time? Visit SportsLine now to see which side of the Vikings vs. Giants spread you need to jump on Saturday, all from the model that has crushed its NFL picks, and find out.