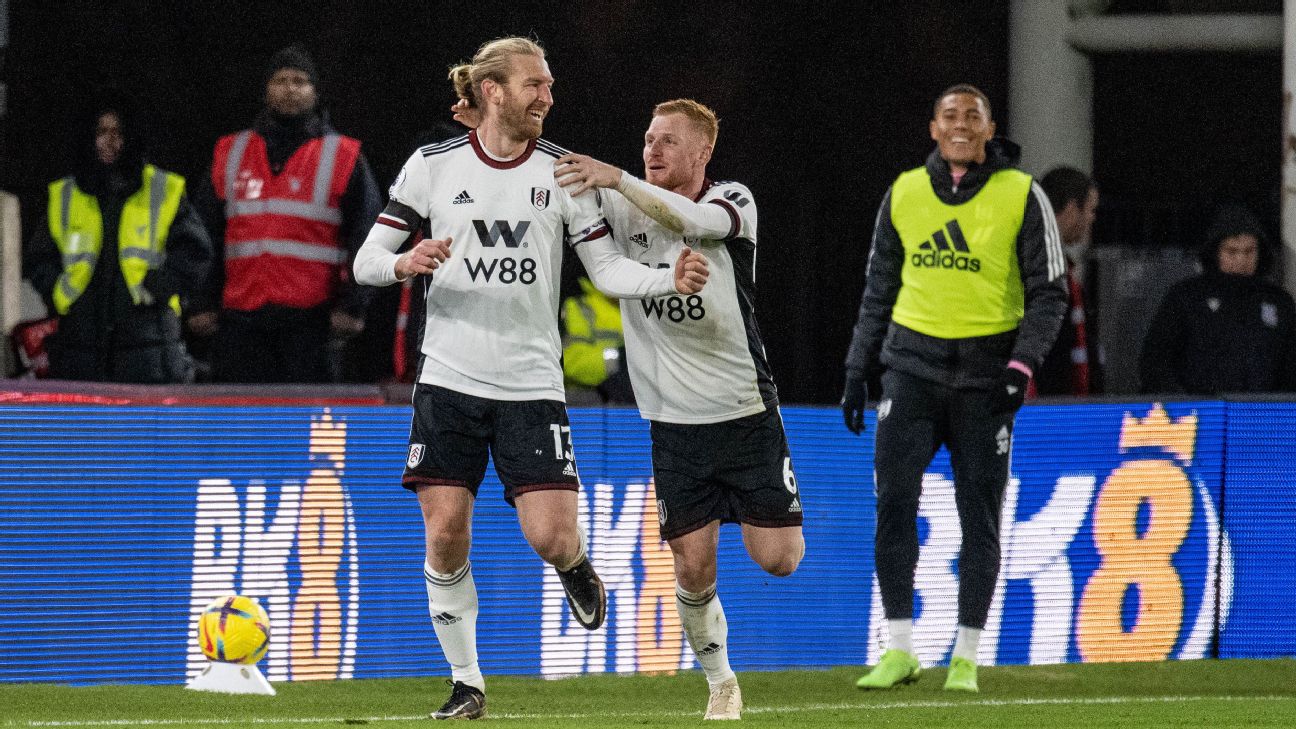 Tim Ream celebrates after scoring a goal for Fulham against Crystal Palace. Getty ImagesUnited States defender Tim Ream signed a contract extension with Fulham on Monday, the Premier League side announced, which ties the 35-year-old Ream to the club through the 2023-24 season.The announcement comes on the same day that Ream scored his first career Premier League goal in a 3-0 Boxing Day win over Crystal Palace.- Stream on ESPN+: LaLiga, Bundesliga, more (U.S.)”I feel the best I’ve ever felt, as confident as I’ve ever been,” Ream told FFCTV after the game. “To extend it another 12 months into 2024 is a proud moment for myself and my family.”I’m happy to continue on this journey with the Club, the fans and all the guys in the changing room.”A message from goalscorer @timream5: 🗣️The good news just keeps on coming. 😏 pic.twitter.com/vHCflvCMDN— Fulham Football Club (@FulhamFC) December 26, 2022 Ream has been with Fulham since 2015. The club earned promotion after winning the Championship last season and currently sits eighth in the Premier League on 22 points.”Since he joined the squad in 2015, Tim has been a reliable force at the heart of the defence,” Fulham executive Tony Khan said. “Through his hard work and his dedication, he’s become a favourite of our supporters, and on matchdays they collectively exclaim, ‘REAM!’ to celebrate his frequent contributions.”I’m delighted that Tim will be with us for at least one additional season, and we are all very grateful for his contribution to the team.”Ream has been playing some of the best football of his career, and was one of the best players for the US in Qatar, where he played all four World Cup games for the Americans.That strong play has continued with his club, and earned him high praise from Cottagers coach Marco Silva.”It’s been an unbelievable year for him — collectively for us as a football club, and for him as an individual he’s been fantastic,” Silva said. “He’s a great professional, a very good player, a really important player for me, a player that is leading by example.”