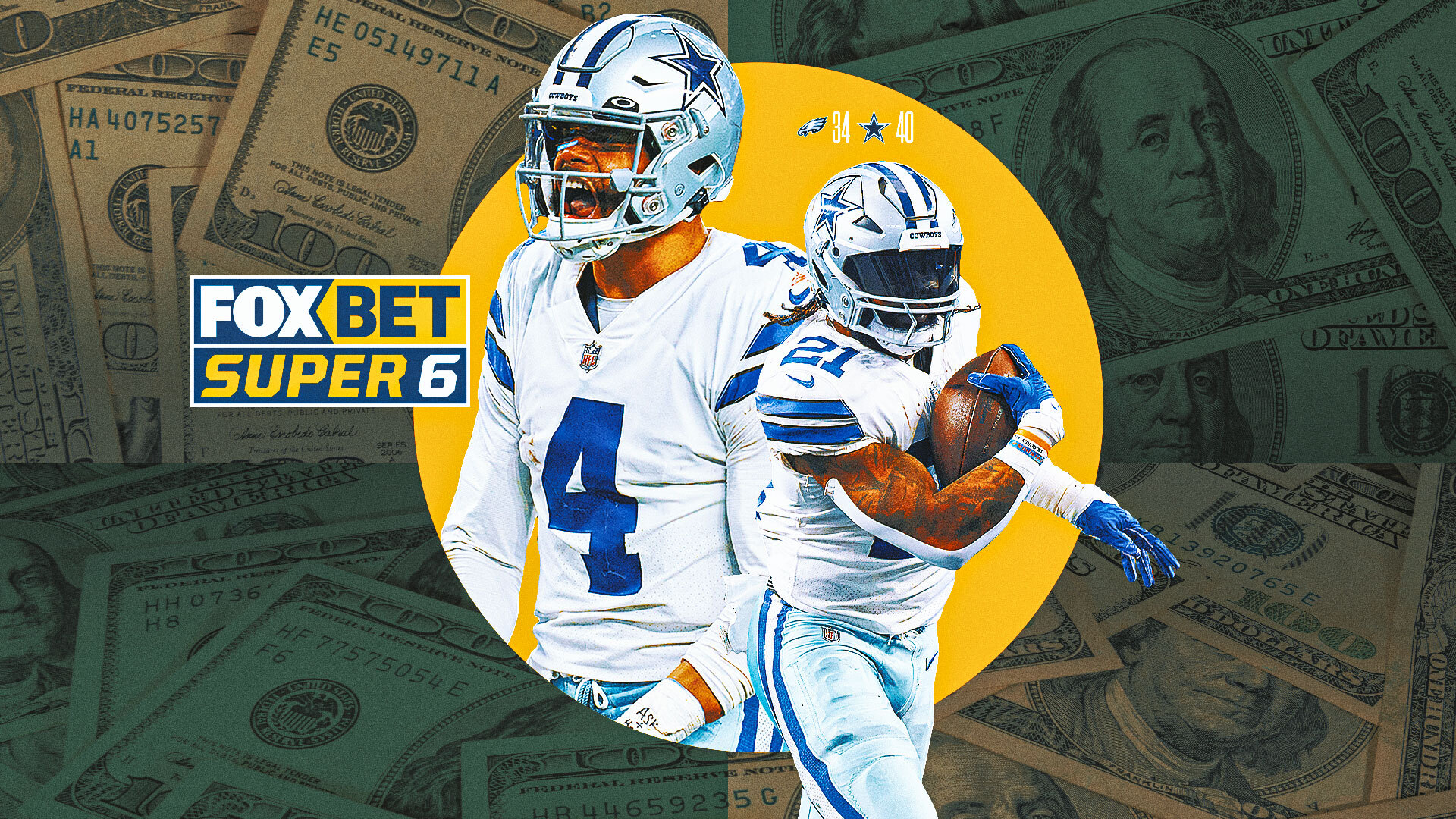 ​The Dallas Cowboys came up big in Week 16 of the NFL season, winning America’s Game of the Week 40-34 on FOX. But the ‘Boys’ victory over the Eagles — specifically their margin of victory — cost one would-be FOX Bet Super 6 winner $100K.In last week’s challenge, one Super 6 contestant had picked all the winners and the margins of victory perfectly going into the Eagles-Cowboys matchup. After nailing five out of six games, that player from South Carolina predicted Dallas to come out on top.What Cowboys win vs. Eagles on Christmas Eve says America’s Team
The Dallas Cowboys narrowly defeated NFC East Philadelphia Eagles 40-34, primarily due to Dak Prescott’s three passing touchdowns and 388 total yards.
However, based on how Philadelphia dominated most of the game, Terry Bradshaw’s $100,000 jackpot looked like it was completely out of reach. At the end of the first quarter, Philly led 10-7. At halftime, the Eagles were on top of the Cowboys 20-17. By the end of the third quarter, though, the score was tied at 27.Suddenly, the outlook for the Super 6 player was hopeful. All they needed was for the Cowboys to win by 8 to 10 points, and Terry’s $100,000 would be all theirs.With 5:49 left to go in the game, CeeDee Lamb caught a seven-yard pass from Dak Prescott, and Brett Maher added the PAT. This tied the game at 34.Eventually, Dallas finished the matchup with two more field goals to beat the Eagles by a score of 40-34. That margin of victory fell a couple of points shy of what the would-be winner needed to cash in on a six-figure payout.Ugh, if only one of those last two field goals was a touchdown. So close, we could practically taste it! While our almost-winner didn’t snag the cash last week, people really do win. And while that was a tough loss to swallow for the contestant, all is not lost because there’s another huge prize in the pot for the upcoming NFL slate.Dak Prescott, Cowboys win 40-34 nail-biter against Eagles on Christmas Eve
Dallas was down 34-27 in the fourth quarter before a CeeDee Lamb touchdown and two Brett Maher field goals put it away for the Cowboys late win.
In Week 17, we’re giving you an opportunity to cash in on $100,000 by playing the NFL Sunday Challenge.Do you think you can finish the drill and correctly predict all the outcomes for this week’s contest?If so, all you have to do is download the FOX Bet Super 6 app, make your picks for the NFL Sunday Challenge and get your selections in before the games kick off on Sunday. Stay tuned for our predictions that we’ll post later this week. So if you need a little help, we got you covered.Let’s start 2023 off with a bang and a big fat paycheck. But remember, you have to play to win. Head over to the FOX Bet Super 6 app right now to get in on the action!&amp;amp;amp;amp;amp;amp;amp;amp;amp;amp;amp;amp;amp;amp;amp;amp;amp;amp;amp;amp;amp;amp;amp;amp;amp;nbsp;Download the FOX Super 6 app for your chance to win thousands of dollars on the biggest sporting events each and every week! Just make your picks and you could win the grand prize. Download and play today! Get more from National Football League Follow your favorites to get information about games, news and more