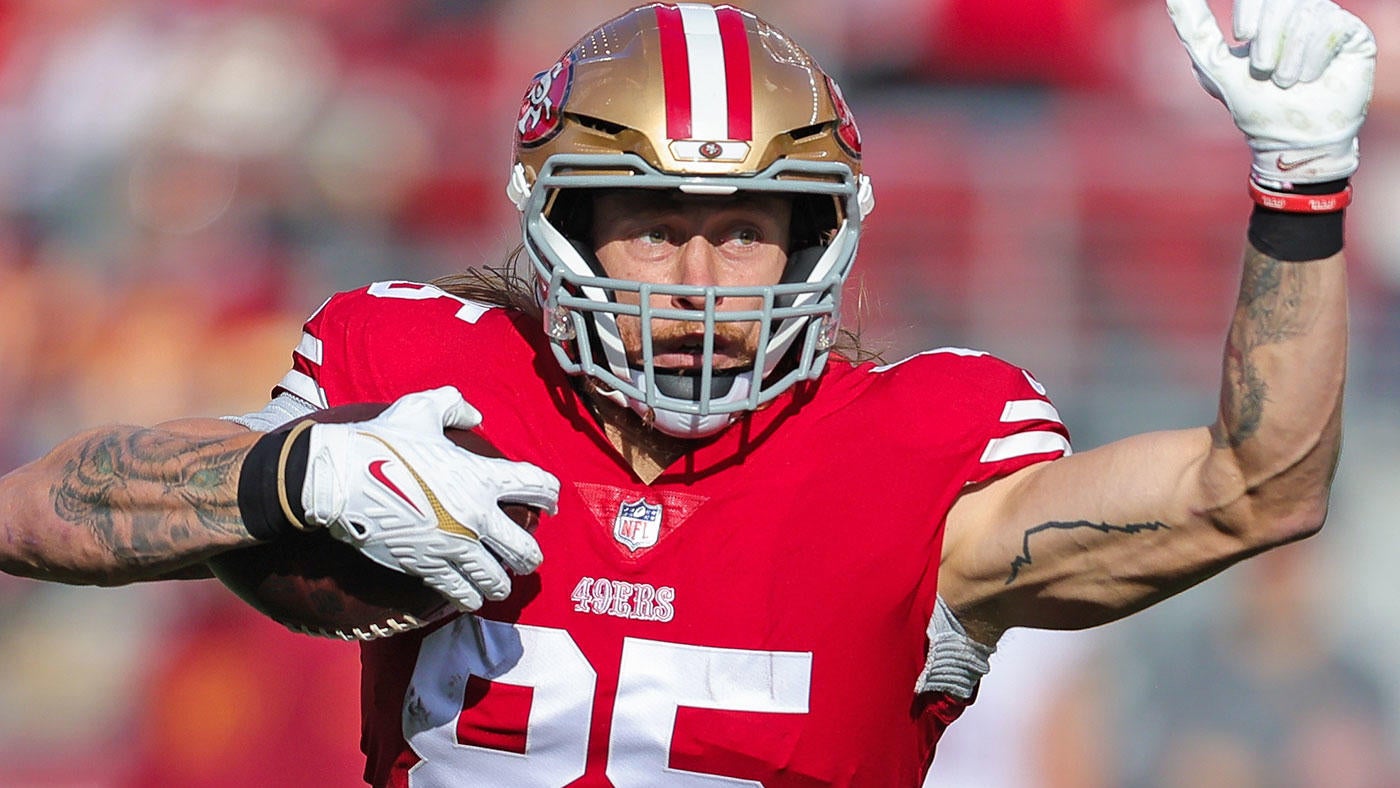 If you have a star tight end heading into the Fantasy Football championship, you probably have a nice edge on your opponent. And with Dallas Goedert back and George Kittle and Evan Engram rolling, the number of viable starters might be a bit higher than we’re used to. Before we get to my full Week 17 rankings at tight end, here are my thoughts on three big questions for the position in Week 17: Can George Kittle keep on rolling? It feels like Kittle’s recent strong play has been fueled by Deebo Samuel’s absence, but I’m not sure it’s quite as simple as that. Week 16 was the first time since Week 7 that Kittle had more than six targets, and Kittle’s usage hasn’t really changed much when Samuel has been out – over the past three seasons, Kittle averaging 6.52 targets when Samuel plays, vs. 6.43 when he doesn’t. Kittle has been much better – 17.1 PPR points without, 12.8 with – but I’m not sure if there’s much correlation there, given the small sample size. That’s not to say you should consider sitting Kittle – you definitely shouldn’t – but it is to say that I don’t think this is as simple as, “Kittle is a superstar whenever Samuel is out.” It isn’t.Can Evan Engram keep on rolling? In Engram’s case, he seems to be going as Trevor Lawrence is going, and Trevor Lawrence is going very, very well right now. He’s been a major part of the team’s offense, with 40 targets over the past four games, one of the best stretches of his career. Of course, in three games prior to this four-game stretch, Engram had five catches for 26 yards total, so there’s still some downside here. The matchup in Week 17 against the Texans looks great on paper – he had six catches for 69 yards on 10 targets against them in Week 5, too – but the Jaguars could very easily find themselves up big early with no need to press the issue, so there’s some downside risk here. But we’re still rolling with Engram as a top-six TE. Can you really start Taysom Hill again?Week 16 was a Taysom Hill game. With winds of up to 50 mph and bitter cold in Cleveland, Hill got nine carries for 56 yards and a touchdown and ended up being a pretty solid start for Fantasy. I’d be a bit more hesitant to start him this time around, because the conditions likely won’t lead to such an obviously beneficial game script. In fact, facing the Eagles high-powered offense, the Saints probably won’t have the luxury to run the ball as much as they want, which will likely lead to fewer obvious opportunities for Hill. He could still very well get into the end zone and make it worth your while, but he’s in the touchdown-or-bust streaming group for Week 17.

Here are my Week 17 rankings at tight end: