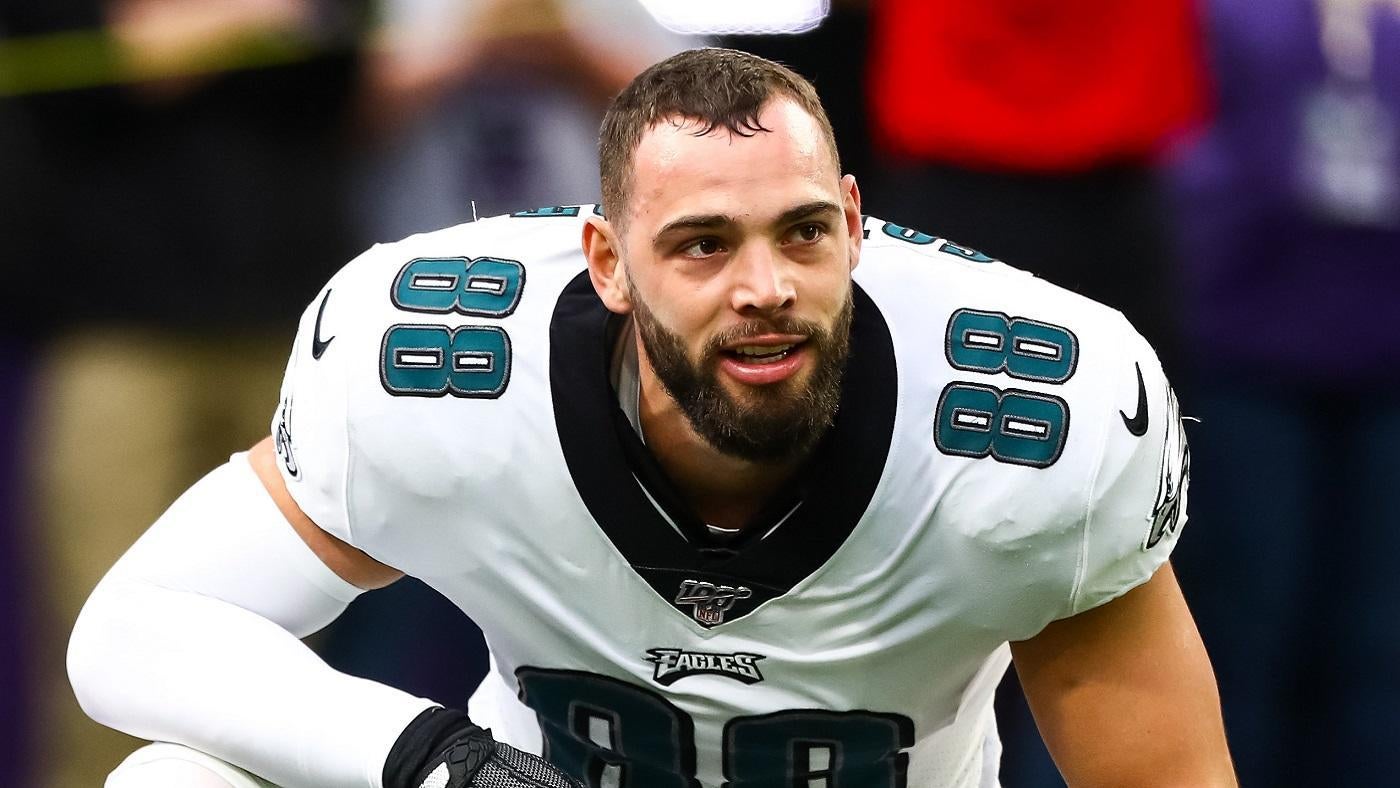 The gap between the haves and the have-nots at tight end has been shrinking lately, though not necessarily because there’s been some sudden influx of viable young starters or anything. No, unfortunately, it’s been because the elite of the position haven’t been showing up of late. Dallas Goedert is back from IR this week, but Travis Kelce is averaging just 12.1 PPR points over the past three, way down from his season-long average, and Mark Andrews has been even worse – he hasn’t reached double digits in Fantasy scoring in any of his past four games. Kelce is still TE3 in that time frame, so I can’t say I’m too worried about him. Goedert and Andrews? Yeah, I have some questions, so before we get to my Week 16 rankings at tight end, here are my thoughts on three big questions about the position: Where will Dallas Goedert rank if he plays?I thought Goedert would play last week, but he ended up not being cleared, so I’m going to hold off on ranking him until we know he’s playing. If he does, he’ll definitely be a top-five option, and might rank as high as No. 3. I’m always a bit concerned about trusting a player immediately coming off IR, but Goedert was so good before his injury – and tight end is so bad – that I’m willing to roll the dice. It doesn’t hurt that Goedert caught six passes for 105 yards and two scores in the only game he played with Gardner Minshew last season. The projected loss of Jalen Hurts is a negative for the Eagles offense as a whole, obviously, but Minshew is a good enough passer that it shouldn’t be catastrophic.

Is Mark Andrews still a must-start TE?I can’t help but feel like we’re going to find out after the season that Andrews hasn’t been healthy for much of it. Through the first six games, Andrews was on pace for 110 catches, 1,289 yards, and 14 touchdowns, career-best numbers. However, he was held without a catch in Week 7 and then missed most of Week 8 and all of Week 9 with knee and shoulder injuries, and he just hasn’t been the same since. He’s topped 55 yards just once in his past five games, sporting a 54.3% catch rate and just 42.8 yards per game. Lamar Jackson’s absence obviously hasn’t helped. I still wouldn’t be able to bring myself to sit Andrews despite his struggles – especially if Jackson is back from his own knee injury – but it’s hard to view Andrews as an obvious difference-maker at this point.Is Chigoziem Okonkwo a must-start TE?He is solidly a can-start TE, but I’m not willing to go much beyond that. There’s clearly a pretty solid skill set here, and he’s going to be a very popular breakout candidate this offseason as we prep for the 2023 season. But it’s important to keep some perspective here – he has more than five targets in a game just once, and hasn’t topped 70 yards yet. His role in the Titans offense is growing, but he still isn’t an every-down player – he has only topped 50% snap share twice, albeit with both coming in the past three weeks. He has a good matchup against a bad Texans defense this week, but with Ryan Tannehill aggravating his ankle injury again and likely out for the season, this could be a very run-heavy game script for the Titans, which makes it tougher for Okonkwo to stand out. He’s in the fringe TE1 tier for me.

Here are my Week 16 rankings at tight end: