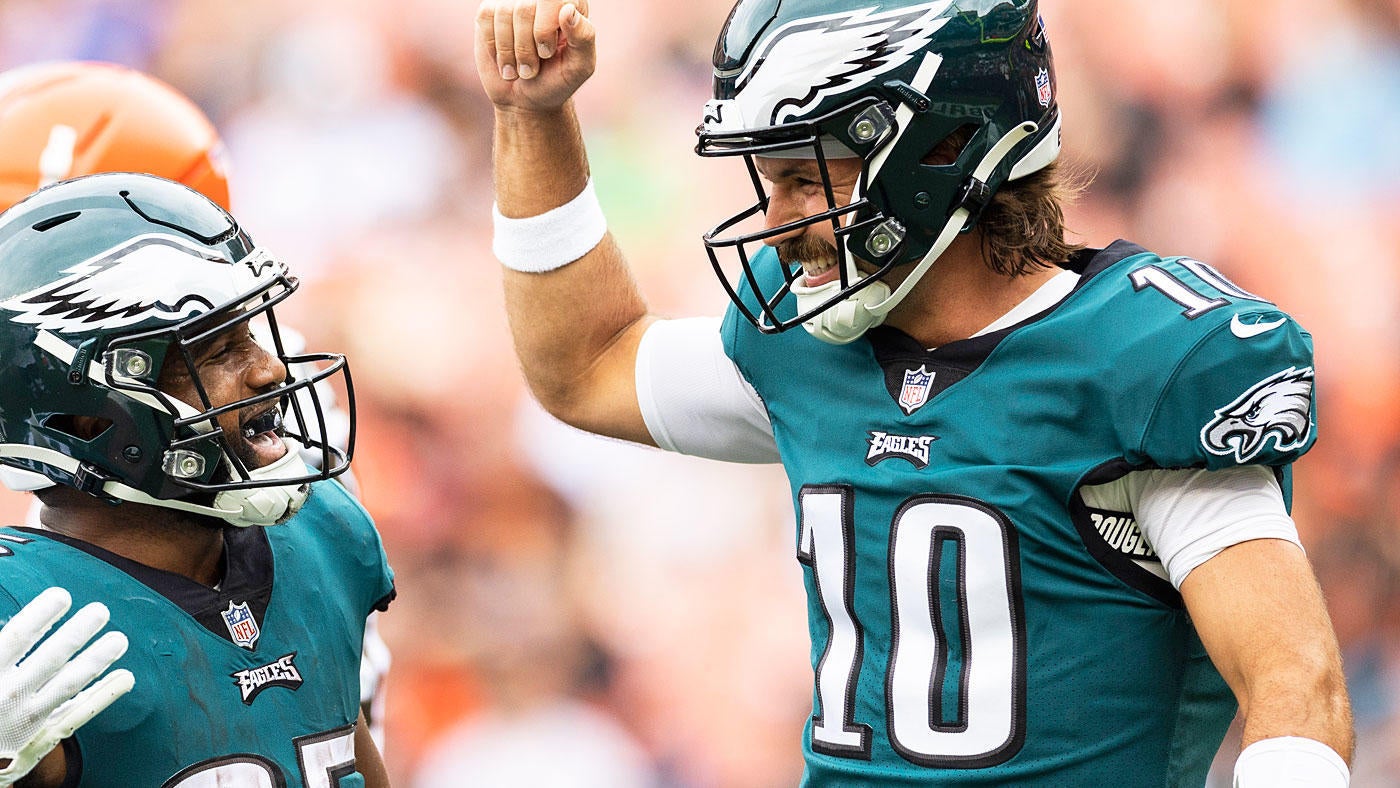 Week 16 is all about Gardner Minshew. With Jalen Hurts (shoulder) out at Dallas, Minshew will start for the Eagles, and he has top-10 potential as a Fantasy quarterback. Minshew started two games for the Eagles in 2021 (without A.J. Brown on the roster) and scored 22 Fantasy points at the Jets in Week 13 and 18 points against the Cowboys in Week 18. The matchup at Dallas is tough, but Trevor Lawrence just lit up this defense for 34 Fantasy points in Week 15.  I don’t expect Minshew to replicate that, but he could be the fifth quarterback this season to top 20 points against Dallas. The weapons for Philadelphia are amazing — Brown, DeVonta Smith and Dallas Goedert — and Minshew threw two touchdown passes to Goedert against the Jets last season. It stinks to lose Hurts in the Fantasy semifinals, but Minshew is a tremendous fallback option. He’s one of my favorite sleepers at any position in Week 16.

Every Friday, you can find this column on sleepers and DFS plays on DraftKings and FanDuel. I’m also going to include our Friday show notes from Fantasy Football Today on CBS Sports HQ, which gives a game-by-game breakdown of starts, sits, favorite props and favorite DFS plays. It should help you with some lineup decisions each week.

Let’s have some fun with Hill at quarterback in this lineup. He should get the chance for plenty of carries against the Browns, and he scored at least 18 Fantasy points in three of his final five games in 2021 when he lined up at quarterback. Hill’s cheap price allows me the chance to play Henry, who has owned the Texans, and McKinnon, who is on fire right now. I also like Dobbins at flex, and he’s my Start of the Week. Metcalf should have the chance for a big game with Tyler Lockett (finger) out, McLaurin should be chasing points at San Francisco and Moore has a great matchup against Detroit. I love these receivers, and Akins is a sneaky tight end in his matchup with Tennessee.

Since I stacked Darnold and Moore in this lineup, I’ll come back with St. Brown for the Lions. And I’ll play Goodwin in this lineup since he should do well with Tyler Lockett (finger) out.