Fantasy Football Week 16 Running Back Rankings: Can you trust J.K. Dobbins, Jerick McKinnon in the playoffs? 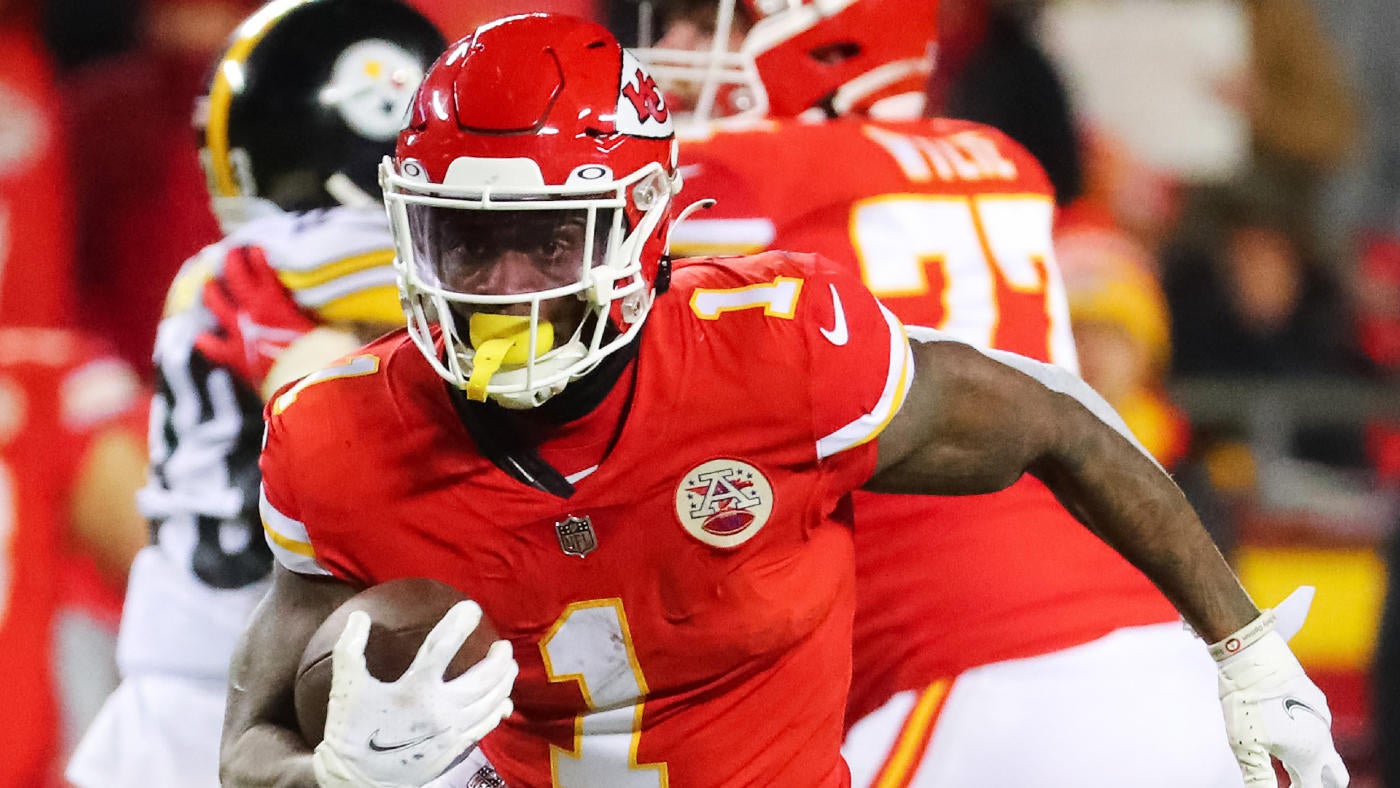 Before we get to my Week 16 running back rankings, here are my thoughts on five of the biggest questions about the position this week: Is Jerick McKinnon’s breakout for real? I mean … I don’t expect him to average 91 yards per game as a receiver every week as he has over the past two weeks, so in that regard, no. But I’m not terribly surprised that his snap share and role continue to grow – it’s exactly what we saw last season when he played over 70% of the snaps in every playoff game for the Chiefs. In three playoff games, he averaged over 100 total yards per game, and while I don’t expect him to replicate his success on the ground especially – he had 34 carries in three games – I think something like five-plus targets per game is a reasonable expectation. They clearly trust him, with Isiah Pacheco much more of a change-of-pace back in an offense that doesn’t really want to run the ball much. Both are decent starting options, but McKinnon seems like clearly the better one with his pass-catching role. What do we expect from the Colts backfield with Jonathan Taylor out?It was surprising to see Zack Moss play 53 of 79 offensive snaps with Taylor leaving Saturday’s game early; Deon Jackson played just 25. But the shock really came from their usage in the passing game, as Jackson ran just nine routes, compared to 14 for Moss. Jackson was pretty heavily involved in the passing game when Taylor was out earlier in the season, but that was without Moss. Based on what we saw last week, Moss has to be viewed as the lead back, and he’s a top-30 RB for me this week. Can you trust Miles Sanders?

I think so. Week 15 was a frustrating one, as the Eagles went super pass-heavy from the beginning; Sanders didn’t get his first touch until more than halfway through the second quarter. The Eagles offense will take a step back if Jalen Hurts’ shoulder injury keeps him out this week as expected, but there could also be more opportunities for Sanders as both a pass-catcher and especially near the goal line – Hurts has 26 of the team’s 59 rushes from 10 yards or closer, while Sanders is second with 21. Sanders’ chances of scoring might actually go up without Hurts, and he could see a few more targets with Gardner Minshew, too. All in all, I’m not ranking Sanders any higher or lower than I normally would this week, which makes him a solid RB2. What’s up with the Buccaneers running backs? I wondered if Rachaad White’s increased role in Week 14 was due to Leonard Fournette nursing an injury, and it seems like that was the case, as Fournette out-snapped White, 39 to 29 Sunday. Much of that edge came on passing downs, but Fournette also closed the gap in the rushing game, with 10 carries to 11 for White. This offense can support multiple Fantasy-relevant running backs even when things aren’t going super well, because Tom Brady throws to his backs so much. I’ve flip-flopped a few times over the past few weeks, but I’m back to thinking Fournette is the better option in Fantasy, though both are more like fringe RB2s at this point. Is J.K. Dobbins back to being a must-start RB?There’s a lot to like about Dobbins right now. In two games since coming back from knee surgery, he’s rushed for 145 yards on a whopping 8.8 yards per carry, even though he admits he isn’t 100% back yet. The problem is what we saw in Week 15, however: He doesn’t catch many passes, and he’s in a bad offense, so his upside may not be super high even if he’s super efficient as a rusher. He found the end zone in Week 14, and that’s the path to an RB2 finish for Dobbins – if he gets into the end zone, you’re probably getting 12-plus points from him. If he doesn’t, he could have a pretty efficient day as a rusher and give you six PPR points. The math changes a bit if Lamar Jackson is back, because his chances of scoring a touchdown go up, but even in a very good matchup against the Falcons, he’s more like a fringe RB2 in PPR – though probably a top-20 RB in non-PPR.

Here are my initial rankings for Week 16: