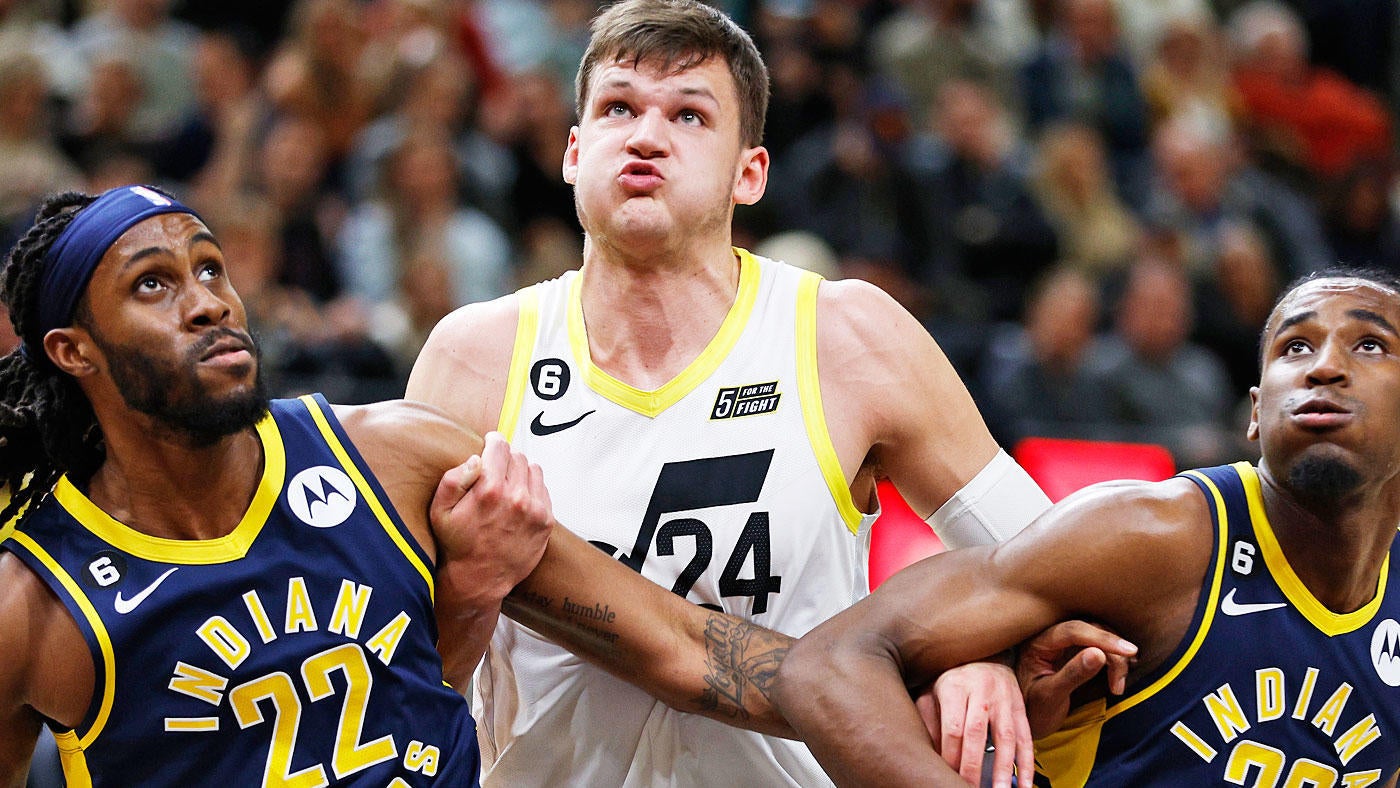 Merry Christmas. However you celebrate (Chinese food and a movie for me), I hope your holidays are lovely and peaceful. In honor of the holidays, the NBA has blessed us with… actually, this is a down week for waivers. So, never mind that thought. But while this week lacks high-value new names to pick up, there are several prospects with intriguing long-term potential for managers who have the luxury of patience.As always, the players in this article must be rostered in less than two-thirds of CBS leagues. Players are listed in the order that I recommend adding them, assuming they are equally good fits for your team.Adds for all leaguesThomas Bryant, Lakers (74% rostered)Bryant is the primary beneficiary from the Anthony Davis (foot) injury last week. Bryant technically misses the cutoff for this article, but since the Davis injury was this past week, I wanted to include him. Davis is officially set to miss “at least a month,” but I’m expecting the actual timeline to be noticeably longer than that. Bryant is averaging 16-8-2 in 29.0 minutes as a starter since Davis’ injury and is an all-leagues must-start.

Walker Kessler, Jazz (63% rostered)He’s been a top-two add in this column three weeks running, but for some reason, he’s still widely available enough to qualify, so I’m listing him again. He’s averaging 2.5 blocks per game over his last 12 games. He’s now reliably seeing at least 20 minutes per game, and his workload and role continue to increase. His first career start came on Dec. 7, and he’s already seen four more since. He’s likely to be a season-defining pickup. Quentin Grimes, Knicks (46% rostered)Grimes’ production has been erratic, but there has been an undeniable upward trend throughout the season. During the Knicks’ recent eight-game win streak, his workload ticked up to 33.9 minutes per game, putting up 13-5-2 on top of 2.6 3s and nearly one steal and one block per game. The Knicks are bullish on Grimes. He was famously the sticking point that undermined a potential Donovan Mitchell-to-New York trade last summer. That, plus his steady improvement, should have Fantasy managers paying attention.Donte DiVincenzo, Warriors (54% rostered)I mentioned DiVincenzo last week, but my “endorsement” of him was incredibly tepid. However, after three starts in the new post-Curry era, I’m much more interested now. He played at least 33 minutes in all three games and filled a key role as a playmaker, recording 5.0 assists per game. His scoring was better than expected, and his defensive numbers were good. DiVincenzo missed the last two games with an illness, but he’s looking like a solid pickup while Steph Curry (shoulder) remains sidelined. Curry should miss at least two more weeks and is likely to miss more.

Kemba Walker, Mavericks (21% rostered)Walker has played five games for the Mavericks, and the workloads have been all over the place. He scored 32 points in 42 minutes as a starter on Saturday, and he scored four points in 20 minutes off the bench on Wednesday. I struggle to be objective about Walker, one of my favorite players in the league, but he’s shown enough so far that managers should add him while we figure out where this is going. His per-36 numbers so far show a player still capable of contributing: 19-5-5 with 1.8 3s. His All-Star days are behind him, but Walker still has the potential to be a borderline top-100 Fantasy producer.Onyeka Okongwu, Hawks (39% rostered)Okongwu benefits any time John Collins or Clint Capela (calf) are out, and those two Hawks starters have struggled to stay healthy so far this season. Additionally, while it’s too early to add players in anticipation of potential trades, it seems increasingly likely that the Hawks will move one of their bigs over the next two months. If they did, that would likely help Okongwu, too. Okongwu is a great per-minute producer of classic big-man stats (rebounds, blocks, FG%). When Atlanta is healthy, Okongwu is barely rosterable in standard leagues, but the frequency of Collins and Capela absences, plus the increasing likelihood of a future trade, makes Okongwu an interesting stash.Cameron Johnson, Suns (54% rostered)You didn’t think I would leave him out, did you? You know the deal by now. He’s another week closer to returning. Once he’s back, he’s a full-time starter who is best in 3s but doesn’t hurt anywhere.

Other recommendations: Moe Wagner, Magic (51% rostered); DeAndre Hunter, Hawks (63% rostered); Bruce Brown, Nuggets (59% rostered); Monte Morris, Wizards (46% rostered); Jeremy Sochan, Spurs (23% rostered); Zach Collins, Spurs (27% rostered); Dennis Schroeder, Lakers (35% rostered); Deni Avdija, Wizards (43% rostered); Aaron Nesmith, Pacers (18% rostered)Deep-league specialAlex Caruso, Bulls (13% rostered)Caruso is currently out with a concussion, so hopefully, he will return soon. The Bulls have three games in four days late next week, so if he can return in time, he can log several starts quickly for your Fantasy teams. Speaking of starts, Caruso has been starting for the Bulls all month. And since every new Lonzo Ball health update sounds worse than the last one, Caruso may hold onto that role for a while. Caruso doesn’t score almost as a matter of principle, but he’s one of the best steals specialists in the league, and he can help a lot in assists, too. Schedule notesWe’re back to a balanced schedule this week. Sunday (New Year’s Day) will see only three games, but the rest of the week is between six and 10 per day.

A balanced schedule increases the importance of streaming (in leagues that allow it) since a meaningful edge can be gained if a team finagles in five or six starts from a single roster spot. Managers with more restrictive waiver rules can still utilize a balanced schedule by timing their pickups to incorporate back-to-backs or three-games-in-four-nights sets (3-in-4s).A balanced schedule also makes it easier to assess waiver prospects on their own merit, as managers are more likely to find room in their starting lineup every day of the week. Only one team, the Trail Blazers, plays two games, while 15 teams play four times in Week 11.

The best schedules for the week probably belong to the Kings, Wizards, Nuggets, and Grizzlies, each of whom ends the week with a 4-in-6 that includes a game on Sunday’s tiny slate. The Kings, Wizards, and Nuggets each have a Tuesday-Wednesday-Friday 3-in-4, while the Grizzlies’ 3-in-4 is Thursday-Saturday-Sunday. Several teams kick off the week with a 3-in-4: the Rockets, Clippers, Pacers, Hornets, and Spurs. Managers with strict acquisition limits may want to target those players before this Sunday’s (Dec. 25) games to get all of those games in without using up a pickup.