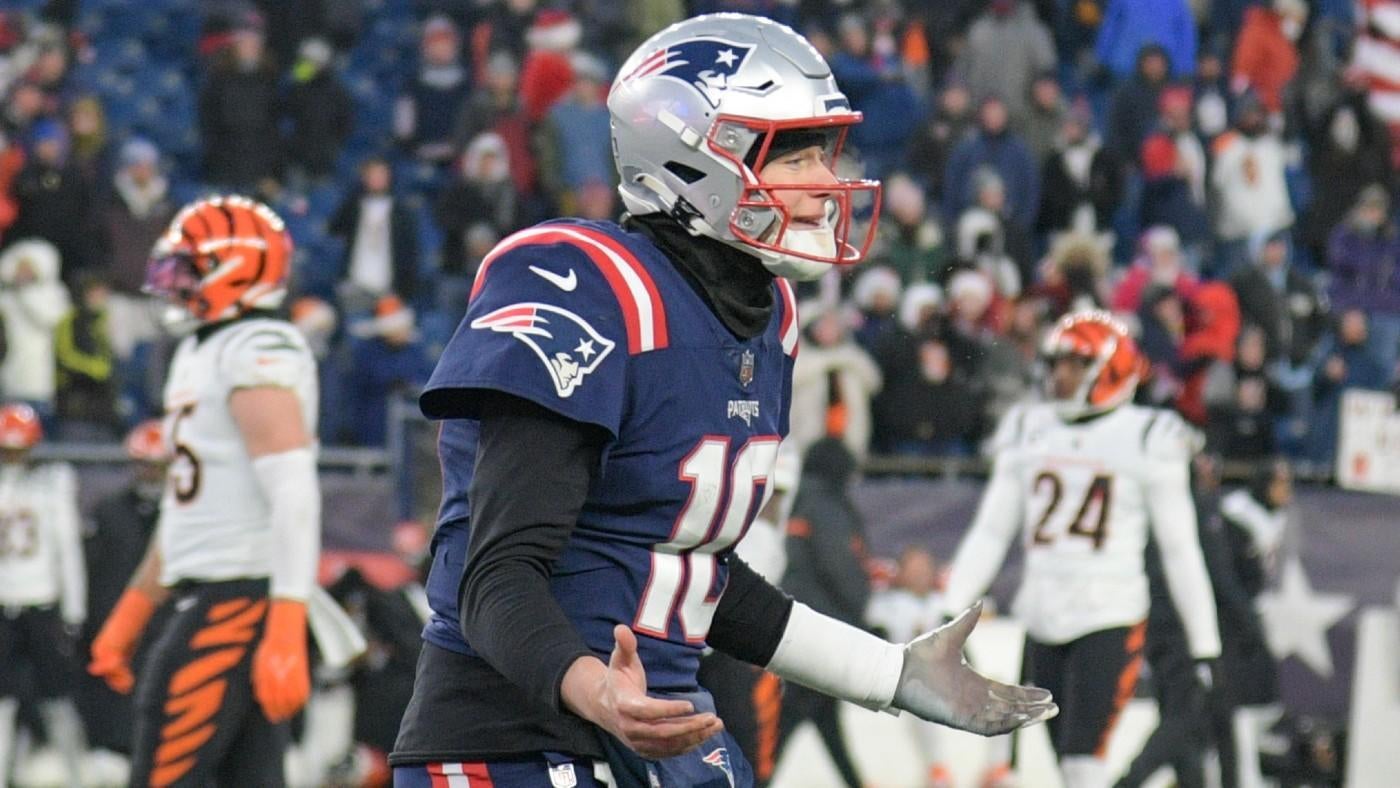 Tthe Cincinnati Bengals defeated the New England Patriots, 22-18, at Gillette Stadium on Christmas Eve. After the win, Bengals cornerback Eli Apple called out Patriots quarterback Mac Jones for what he felt was a “dirty play.”Bengals linebacker Germaine Pratt was racing to the end zone off a fumble recovery, with members of both teams chasing behind him. As Apple went to help clear the path for Pratt and following him to the end zone, Jones intercepted, appearing to fall into the legs of Apple.Jones took down Apple, who hit the ground on the play. Here is a look at what happened in the fourth quarter:
When asked about the play and whether he saw what Jones did, Apple said (via NESN.com), “Of course I did [notice it]. He tripped me.”

He also accused him of doing it before this, explaining, “I thought it was a dirty play. He’s done that before, I’ve seen it.”The touchdown was called back, as the officials ruled it an incomplete pass opposed to a fumble.