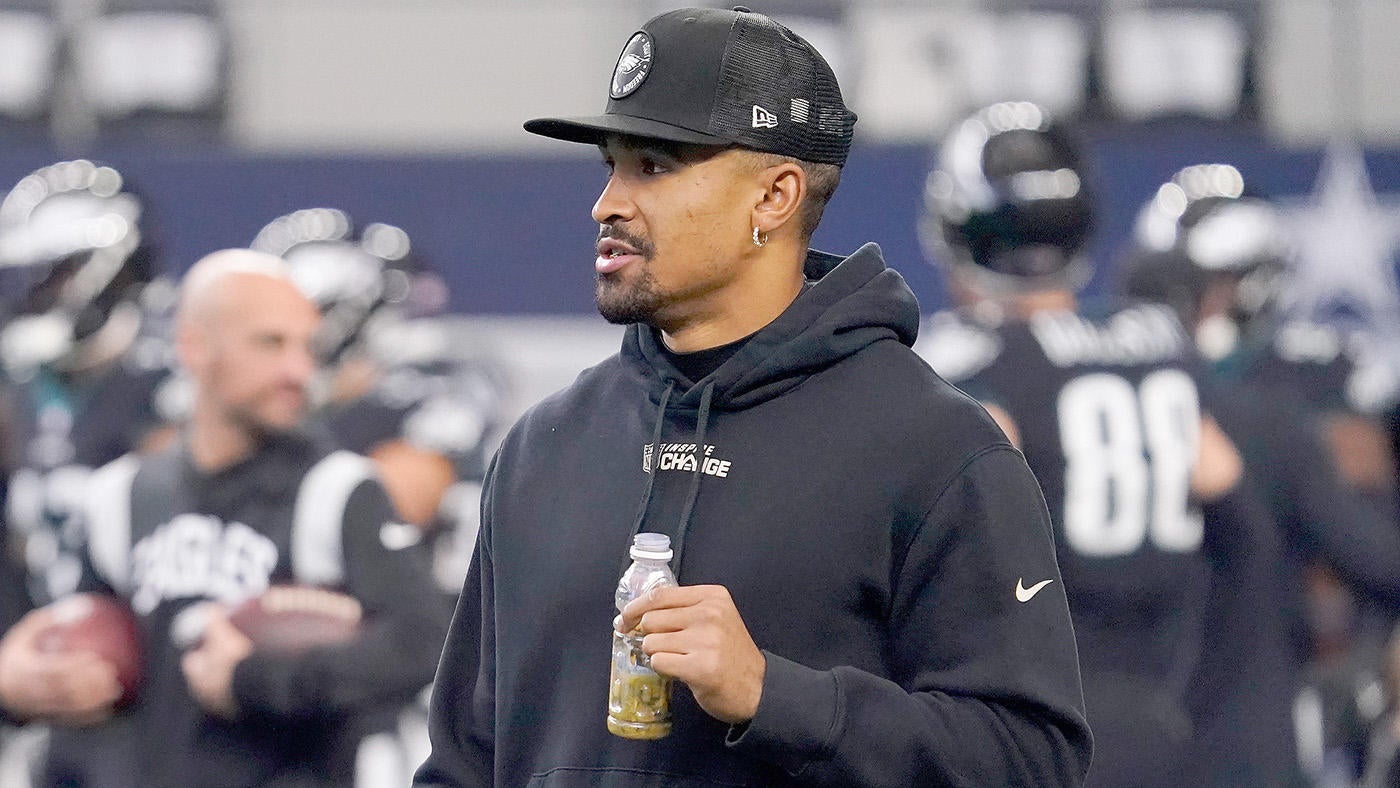 The Philadelphia Eagles didn’t have Jalen Hurts in their Week 16 loss to the Dallas Cowboys, failing to clinch home-field advantage and the NFC East in the process. With both still at play heading into Week 17, will that be enough for the Eagles to prompt Hurts back into action?There doesn’t appear to be any indication the Eagles are leaning one way or the other heading into this week.”We’ll see. One day at a time here,” Eagles head coach Nick Sirianni said Monday. “We know how much he wanted to play last week and how much he did to get his body ready. “Again, with Jalen, his body heals different than yours and mine, right? He’s going to do everything he can do to get himself healthy. If he’s healthy, he’ll play.”

Hurts missed Week 16 with a shoulder sprain he suffered the week before in the Eagles’ win over the Bears.The Eagles had a good performance from Gardner Minshew in Saturday’s loss, as he finished 24 of 40 for 355 yards with two touchdowns and two interceptions for an 84.9 passer rating. Minshew did have three turnovers, but also helped the Eagles offense put up 27 points and 442 yards of offense against a top-10 defense in points allowed.”It’s a lot of the same stuff minus some of the QB run game being the biggest difference,” Minshew said after Saturday’s loss. “Outside that we run some of the same plays, same concepts. … All the guys fought their tails off. That’s the ones that hurt, when you fly like that and come up short. But there’s not a group that I’d rather step out there with and really grateful for the effort they gave and fight that they had.”

The Eagles will decide later in the week if Hurts is ready to go, or if Minshew gets another start while Hurts rests up for the postseason. Another key piece toward this team’s success is set to come off injured reserve this week in C.J. Gardner-Johnson, who has missed the past four games with a lacerated kidney. Will the Eagles give Gardner-Johnson another week — or two — to rest up? Sirianni wouldn’t commit to Gardner-Johnson being activated, but there’s more in play with Avonte Maddox out (toe). Gardner-Johnson — a former slot corner — could play that spot again while Reed Blankenship mans safety. “Obviously he has a lot of versatility,” Sirianni said. “I think the same thing — you guys kind of asked when he got here — was like well, he hasn’t played safety. Well, he showed that he could play safety. Well, he hasn’t played nickel in over a year. Well, he can do that as well.

“We’ll take that one day at a time as well and we’ll cross that bridge when we get to that when we know he’s healthy and ready to go. Chauncey is very versatile and can do a lot of different things, and that’s obviously a really good thing for us.”