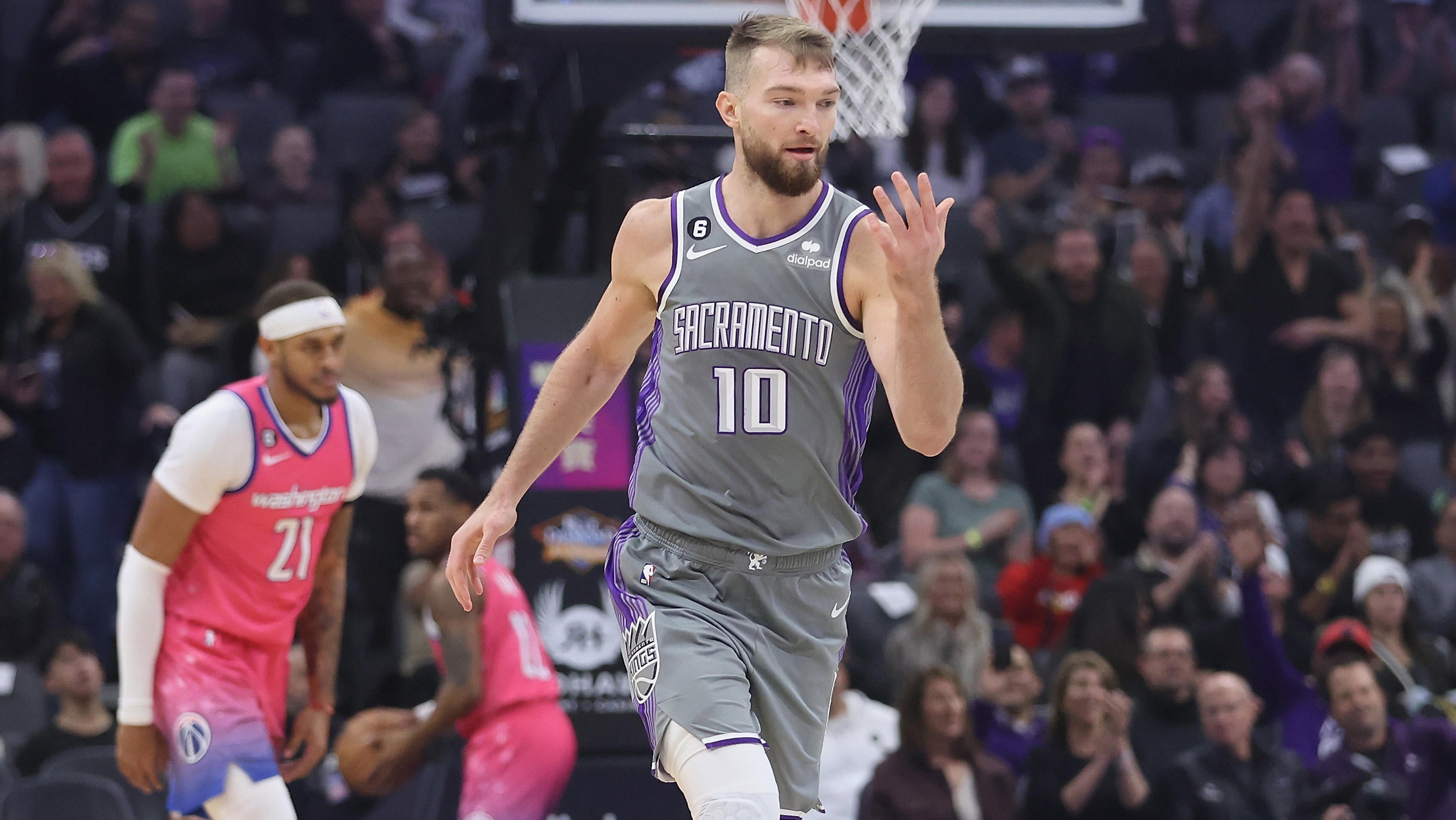 Sacramento Kings star Domantas Sabonis has been diagnosed with an avulsion fracture in his right thumb, the team announced on Monday. He will attempt to play through the injury and has been listed as questionable for the team’s next game on Tuesday against the Denver Nuggets. Sabonis suffered the injury during the team’s loss to the Washington Wizards on Dec. 23. As he was trying to slow down Bradley Beal in the backcourt, he put his hand on Beal’s back and immediately winced in pain and started shaking out his hand.The initial reports from ESPN’s Adrian Wojnarowski on Christmas Eve suggested that the injury would be a matter of pain management and that Sabonis may be able to continue playing. Following further evaluation and imaging, that has turned out to be true. It’s still unclear, however, how the injury will impact Sabonis’ performance and whether he’ll actually be able to play through the pain long-term. The silver lining is that it’s to his non-shooting hand, which may make the process easier.

Sabonis has been tremendous this season, averaging 17.9 points, 12.4 rebounds, and 6.7 assists per game on 61.2 percent shooting from the field. If this injury does not totally derail him, Sabonis will have a strong chance to make the third NBA All-Star Game of his career. He has put up three triple-doubles and two 20-20 games this season, and his 23 double-doubles are tied with Nikola Jokic for the league lead. “He’s been rebounding the crap out of the ball,” Kings coach Mike Brown said on Dec. 22. “Even if he didn’t get stats, how hard that he plays is unbelievable.”

With Sabonis (and De’Aaron Fox) leading the way, the Kings are having their best season in nearly two decades. At 17-14, they are currently all alone in sixth place in the Western Conference and at the very least, should be in line for a play-in tournament spot. Even that would be a major accomplishment for a franchise that has not made the playoffs since 2006, which is the longest playoff drought in major North American professional sports.