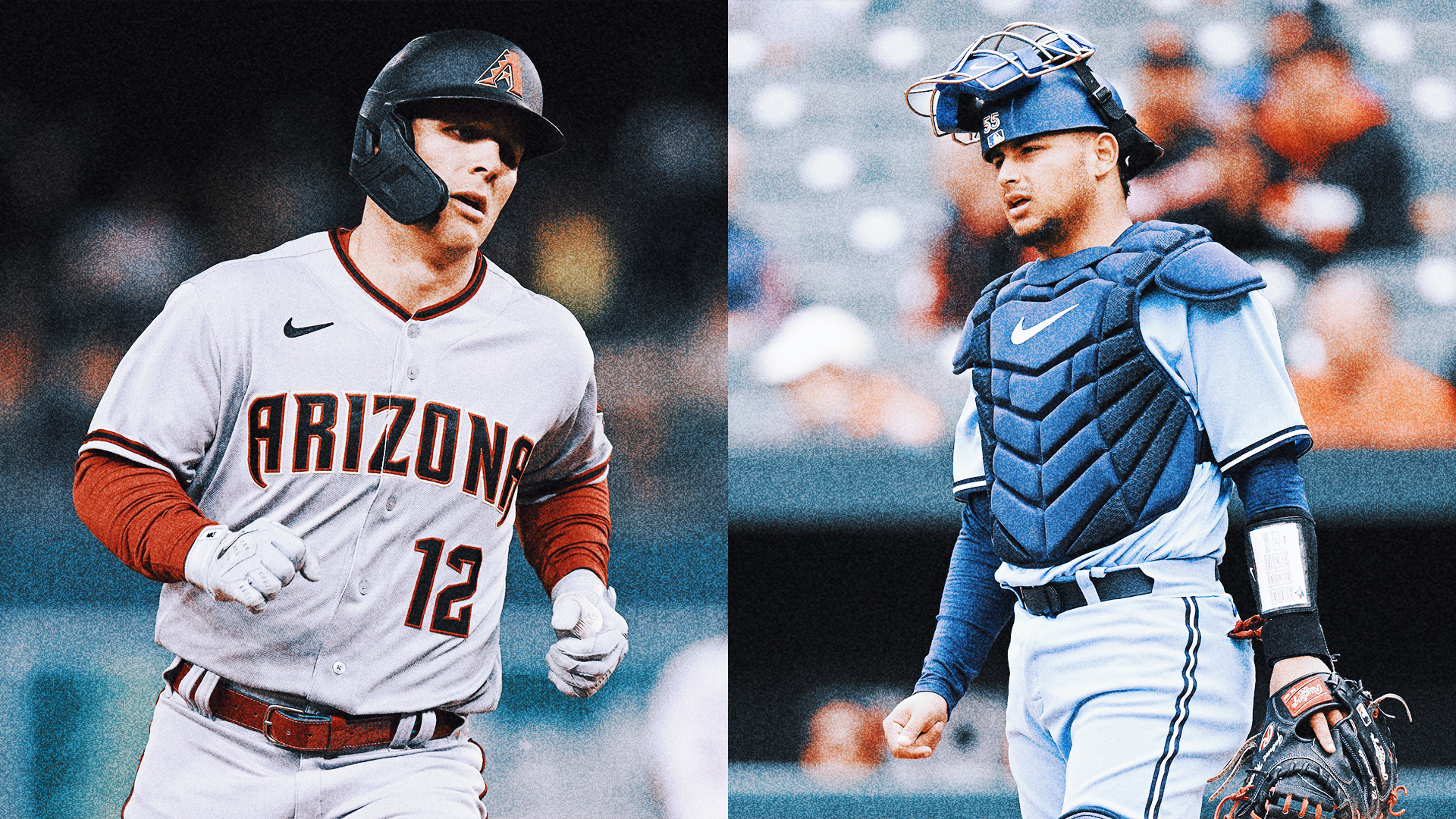 Major League Baseball
just in The Toronto Blue Jays are getting some outfield help.Toronto is acquiring outfielder Daulton Varsho from the Arizona Diamondbacks for catching prospect Gabriel Moreno and outfielder Lourdes Gurriel, ESPN reported Friday. Varsho, 26, will bring both a plus-bat and glove to the Blue Jays. The left-handed hitter slugged .443 to go along with 27 home runs and 74 RBIs in 151 games last season. In the field, Varsho’s played center, right and catcher in recent seasons, with some metrics viewing him as one of the best fielders in the game. He’ll likely play in right field after the Blue Jays traded Teoscar Hernandez to the Mariners over the offseason.For the Diamondbacks, not only do they clear their logjam in the outfield, but they also get one of the best prospects in baseball. Moreno was actually ranked No. 1 overall by Baseball America in July. The 22-year-old hit well in his five seasons in the minors before playing 25 games in the majors this season. He hit .319 with a home run and seven RBIs over 25 games, while drawing praise for his bat and his arm behind the plate. Gurriel also had a solid season at the plate in 2022. He hit .291 with a .743 OPS. But his power took a step back as he hit just five home runs in 121 games, the fewest of his five-year career.Top stories from FOX Sports:Michael Conforto, Giants reportedly agree to two-year, $36M dealMets’ Carlos Correa pivot the biggest flex yet by opportunistic Steve CohenCarlos Correa, Mets agree to 12-year, $315 million pact as Giants deal dissolvesMLB free agency tracker: Signings, best players availableWhich NFL teams could receive some Christmas cheer?Seahawks-Chiefs preview: 4 burning questions ahead of Christmas Eve gameNFL Power Rankings, Week 16: Bills, Lions up; how far do Cowboys drop?Tom Brady, Bucs running out of time to stop downward spiralEagles-Cowboys matchup could be NFC championship game previewBaker Mayfield, tumbling Rams headed toward difficult offseason2022-23 NFL playoff picture: Which teams are in, who’s still in the huntHow Aaron Judge became the next Yankees captainMets’ Carlos Correa pivot is the latest flex by opportunistic owner Steve CohenRyan Turrell seeks to become NBA’s first Orthodox Jew: ‘Hopefully this opens the pathway’Deion Sanders on criticism of his move to Colorado: ‘I know my heart.’NFL Odds: Cowboys-Eagles line, MVP odds move due to Jalen Hurts injury Get more from Major League Baseball Follow your favorites to get information about games, news and more