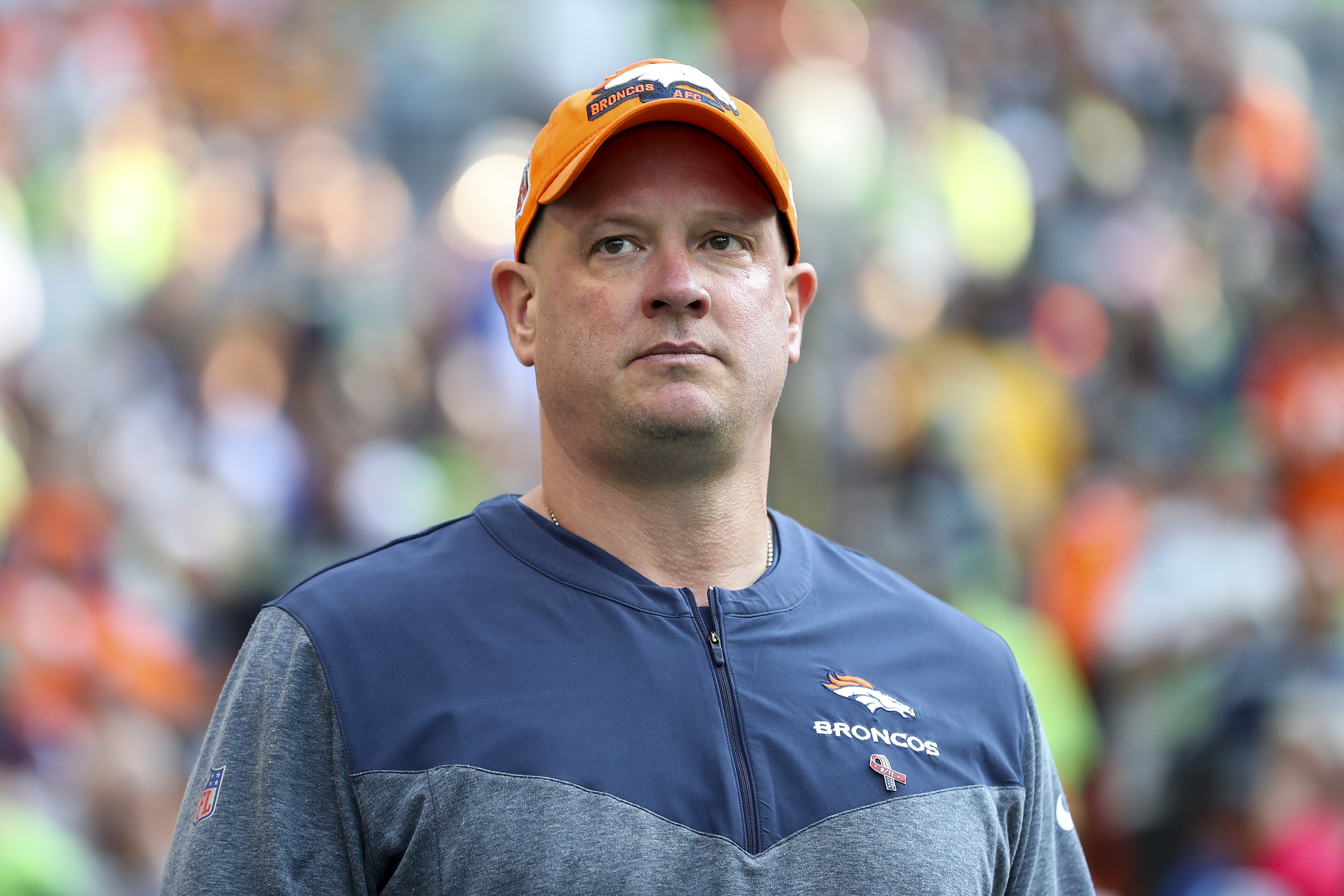 ENGLEWOOD, Colo. (AP) — The Denver Broncos have fired first-year head coach Nathaniel Hackett with two games left in the season.Owner and CEO Greg Penner said he’ll lead the search for a new coach with assistance from GM George Paton, in whom he expressed confidence Monday while announcing Hackett’s dismissal.Firing Hackett with two games left in a lost season allows Penner to begin his search for a replacement immediately.The Walton-Penner group purchased the Broncos for $4.65 billion last summer, a global record for a professional sports franchise.On Sunday, the Broncos (4-11) were blown out by the equally downtrodden Los Angeles Rams 51-14 when Russell Wilson threw three interceptions and was sacked six times. The game featured a sideline spat between backup QB Brett Rypien and guard Dalton Risner, and pass rusher Randy Gregory threw a punch at a Rams player after the game.Nathaniel Hackett fired amid 4-11 record in first season with Broncos
The Denver Broncos have fired Head Coach Nathaniel Hackett after a 4-11 record in his first season with the team. Nick Wright reacts to the breaking news and explains why Hackett’s firing will not help Broncos Country in the long run.
Wilson has had an awful first season in Denver after the Broncos sent four premium draft picks and three players to Seattle for the nine-time Pro Bowler. Wilson has 12 touchdown passes with nine interceptions and 49 sacks in 13 starts and has been unable to snap out of a season-long funk.Hackett replaced Vic Fangio last January but hasn’t been able to build an offense suitable to Wilson.The Broncos have missed the playoffs seven straight seasons and extended their string of losing records to six.Top stories from FOX Sports: Get more from National Football League Follow your favorites to get information about games, news and more