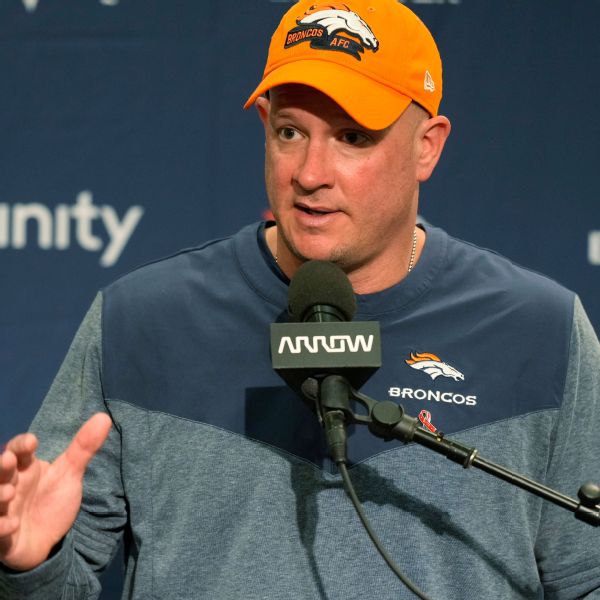 ENGLEWOOD, Colo. — The Denver Broncos fired first-year head coach Nathaniel Hackett on Monday.The move comes after a 4-11 start and Sunday’s 51-14 loss to the Los Angeles Rams.Hackett’s dismissal puts an abrupt end to the shortest tenure of any noninterim head coach in franchise history. The Broncos’ new ownership — the Walton-Penner Group, led by Walmart heir Rob Walton, his daughter Carrie Walton Penner and son-in-law Greg Penner — quickly ran out of patience for a team with one of the league’s best defenses with an offense that simply could not score.”Following extensive conversations with [general manager] George [Paton] and our ownership group, we determined a new direction would ultimately be in the best interest of the Broncos,” Greg Penner said in a statement. “This change was made now out of respect for everyone involved and allows us to immediately begin the search for a new head coach.”Moving forward, we will carefully evaluate every aspect of our football operations and make whatever changes are necessary to restore this franchise’s winning tradition,” Penner said, adding that Paton will assist in the coaching search. No interim has been named.The team has scheduled a news conference for Tuesday at noon ET.At one point this season the Broncos featured the No. 1 scoring defense and the No. 32 scoring offense. The Broncos also missed the playoffs for the seventh consecutive year, the longest playoff drought since the franchise’s earliest years when it missed the playoffs between 1960-1976.A far cry from Hall of Famer Pat Bowlen’s three-decade run as owner when the Broncos went to more Super Bowls (seven) than they had losing seasons. This season is also the fifth time the Broncos have averaged fewer than 20 points per game over the last seven years. Until Hackett’s firing, Wade Phillips had the shortest tenure as the team’s non-interim head coach in the post-AFL-NFL merger era — two seasons (1993-1994) — before he was fired by Bowlen to hire Mike Shanahan.Hackett, 42, was hired in January as the franchise’s 18th head coach after serving three seasons as the Green Bay Packers’ offensive coordinator under Matt LaFleur. At the time, Paton called Hackett a “dynamic leader and coach whose intelligence, innovation and charisma impressed us from the very start of the process.”Then-Rams offensive coordinator Kevin O’Connell and Dallas Cowboys defensive coordinator Dan Quinn were also finalists for the role. O’Connell was later hired by the Minnesota Vikings, whose resurgent offense has led them to a 12-3 start. Shortly after Hackett’s hire, the Broncos traded five draft picks, including two first-rounders and two second-rounders, as well as three players to the Seattle Seahawks to acquire quarterback Russell Wilson. Wilson was signed to a five-year, $245 million contract extension just before the start of the season.PPGBroncos15.5Texans16.9Colts17.5– ESPN Stats and IfnormationBut the excitement of the Broncos’ offseason quickly fizzled out as Hackett’s in-game decision-making was questioned right from the start of the season.In Week 1, his call to have kicker Brandon McManus attempt a 64-yard field goal instead of having Wilson attempt to convert a fourth-and-5 in the closing minute of a 17-16 loss to Seattle proved controversial.”Looking back at it, definitely should have gone for it,” Hackett said the day after the loss. “One of those things, you look back at it and say ‘Of course we should go for it, we missed the field goal.’ But in that situation we had a plan, we knew 46 was the mark.”Game management issues continued in the weeks that followed — fans even counted down the play clock during some home games — and former Baltimore Ravens assistant coach Jerry Rosburg was hired in September to aid in game management decisions. The disconnect between Hackett, Wilson and the offense persisted, however. Hackett routinely stressed he wanted “to build this thing around (Wilson)” and do what Wilson was “comfortable with” in the offense even as Wilson repeatedly said he was comfortable “doing a lot of things.”At 15.5 points per game, the Broncos are at their lowest point total at that point in a season since 1966.Injuries to front-line players like left tackle Garett Bolles, running back Javonte Williams, wide receiver Tim Patrick and outside linebacker Randy Gregory certainly didn’t help matters. But as the season wore on there was far less conversation in the public domain about Hackett’s willingness to think outside the box in his teaching methods and more about why the Broncos’ offense was so historically bad. Five of the Broncos’ first six losses and eight total have been one-score games.That was not the case on Sunday, as the Denver defense saw the Rams score on eight of their nine possessions. Additionally, backup quarterback Brett Rypien and guard Dalton Risner exchanged words on the sideline after a sequence in the third quarter when Wilson was sacked on back-to-back plays.Gregory was pulled from the game twice by Hackett, once in the first half when he was flagged after he threw his helmet after a Rams touchdown, and later when he was flagged for a late hit on Los Angeles quarterback Baker Mayfield. “After that second one, we took him out — that’s unacceptable,” Hackett said.As the teams crowded the middle of the field on their way to their locker rooms after the game, Gregory and Rams guard Oday Aboushi exchanged words — with helmets on — and Gregory punched Aboushi in the helmet. Aboushi responded with a punch of his own before they were separated.With the wealthiest ownership group in the NFL as well as a fanbase passionate enough, even now, to have given the Broncos a home sellout streak that dates back to 1970, the Broncos head coaching role will be an attractive job.