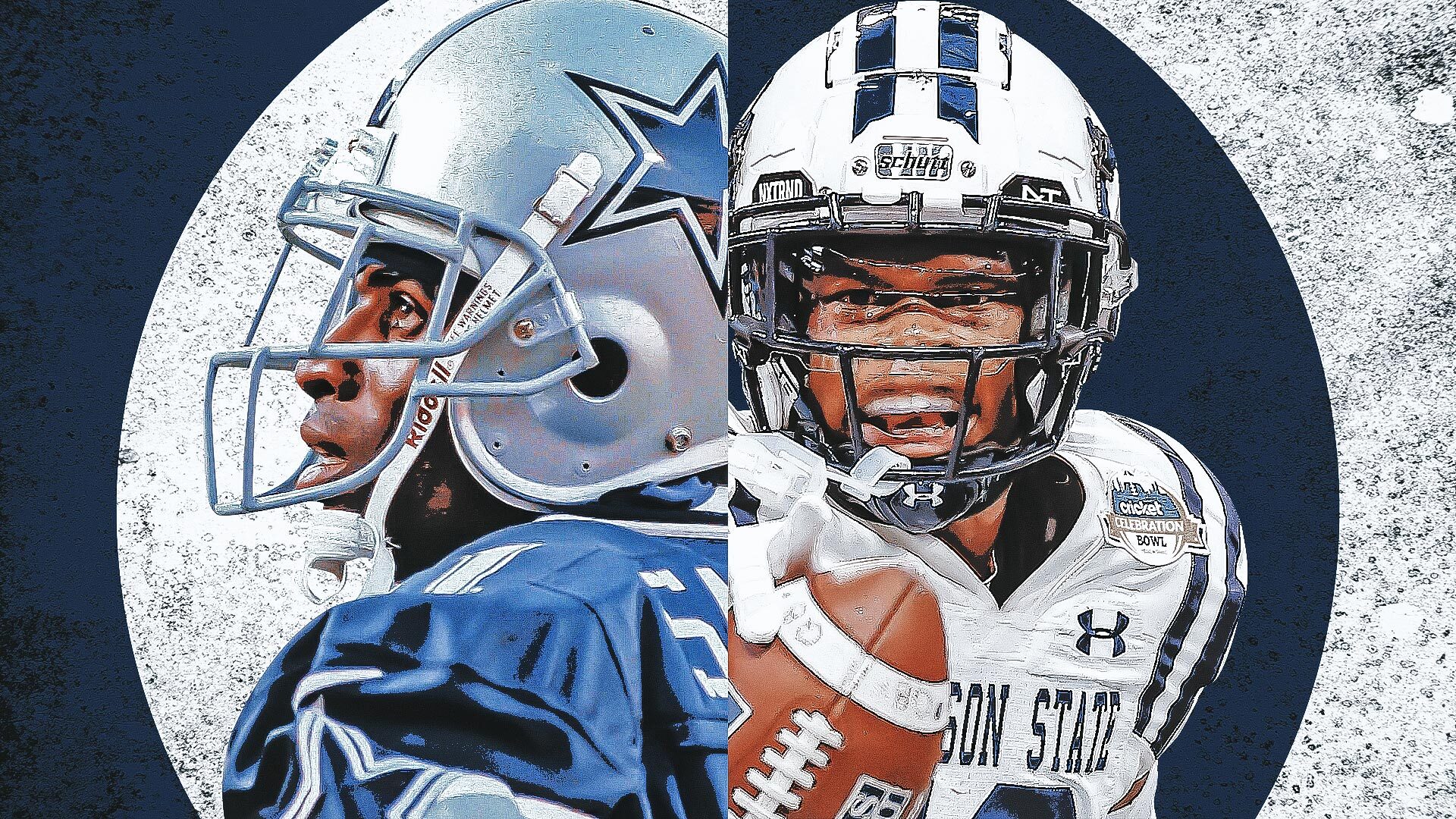 Deion Sanders sees a lot of himself in Travis Hunter.In fact, when the former Jackson State head coach — now the head coach at the University of Colorado — secured a commitment from the five-star defensive back out of Suwanee, Georgia back in 2021, he began to map out a plan of how to best utilize Hunter’s unique skill set on both sides of the ball.”(Travis) has a want inside of him that is insatiable,” said Sanders, who joined FOX Sports’ Shannon Sharpe on a recent episode of his podcast, “Club Shay Shay.” “There is a love and there is a like, and he (Hunter) loves to play receiver. When the ball is in his hands, he’s electric.”Deion Sanders believes he could’ve made the Hall of Fame as a receiver After officially being named the head coach at Colorado on Dec. 3, Sanders went to work on making sure Hunter was on board to join him in Boulder. Sure enough, Hunter made it official that he would be joining “Coach Prime,” making an announcement on his Instagram page Wednesday.If there is anyone fit to coach a young, uber-talented athlete on how to excel on both sides of the ball, it’s Sanders.As a two-time Super Bowl champion, six-time first-team All-Pro selection and member of both the Pro Football and College Football Hall of Fame, Sanders is known as one of the best defensive backs to ever play the game of football. But as good as he was at locking down opposing wide receivers, Sanders was quite a threat on the offensive side of the ball as well.Over 14 NFL seasons, Sanders hauled in 60 catches for 784 yards and three touchdowns. The majority of those catches came during the 1996 NFL season, when he was consistently playing both ways for the Dallas Cowboys.Sanders shared with Sharpe that he received plenty of criticism for trying to play both wide receiver and defensive back, and that many people were skeptical of the idea that he could be successful playing both ways.”I got to a certain level and people started telling me I couldn’t do both,” Sanders told Sharpe. “I never tried to prove anyone wrong because I don’t care about others’ opinions … because the opinion you have of me is not the opinion I have of myself.”Sanders finished the 1996 season with 36 receptions for 475 yards and a score. He averaged more than 13 yards per catch en route to being named first-team All-Pro.”I did it because it’s what I loved to do, and I knew I could help my team win,” Sanders said of playing both ways. “The team was going to do better getting the ball in my hands.”When asked if he could have made the Pro Football Hall of Fame playing strictly wide receiver, Sanders didn’t hesitate for a second.”I would’ve been All-Pro. I would’ve made it to the Hall of Fame,” Sanders said. “I truly believe it.”Sanders envisions a similar path for Hunter, who will be one of the most intriguing players in the country when he takes the field for Colorado in 2023.When asked what separates Hunter from other players he has coached, Sanders was quick to credit Hunter’s ability to step up and play his best at the biggest moments.”A lot of guys are scared of the moment,” Sanders said. “They say they want the rock, but then they don’t win. When he’s calling for it … he’s gonna win.”Read more:Top stories from FOX Sports:  Get more from College Football Follow your favorites to get information about games, news and more