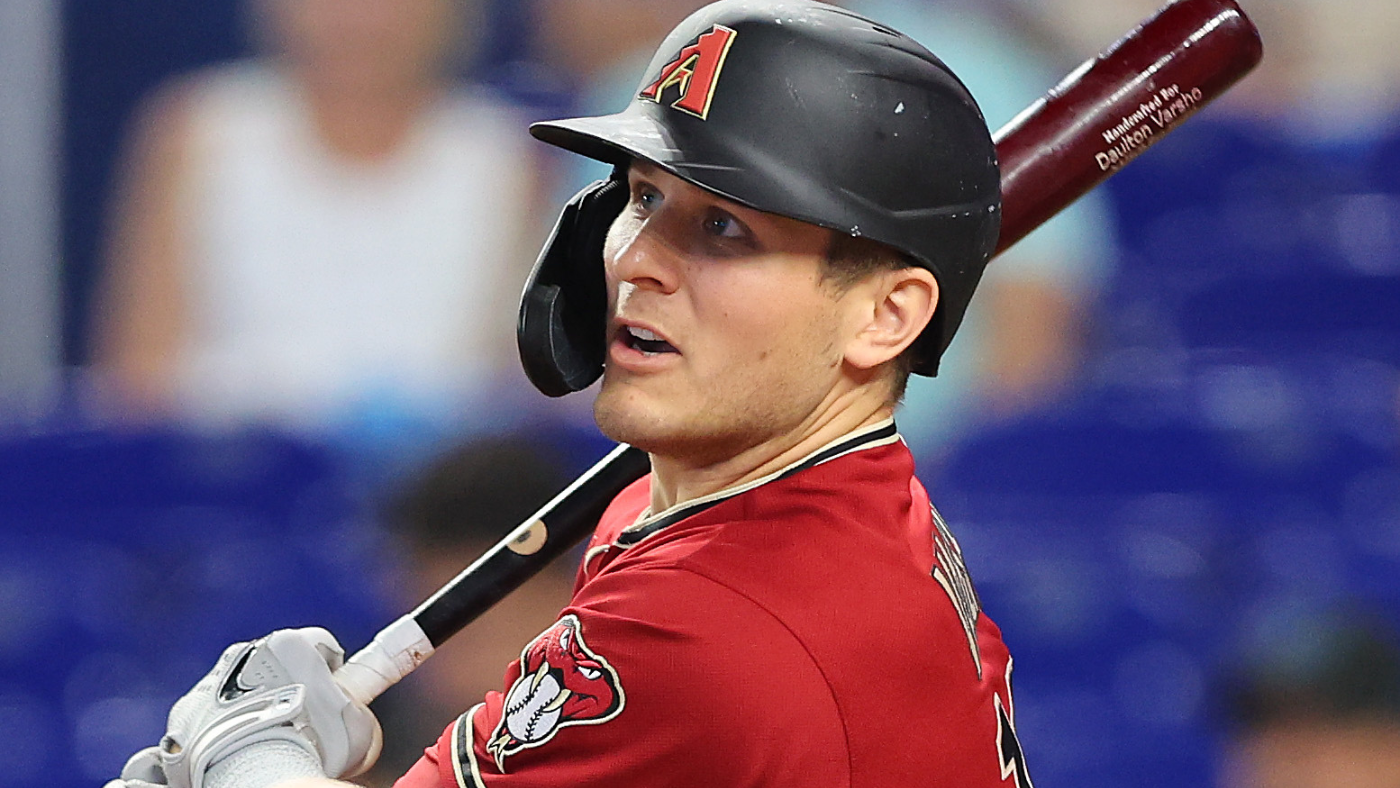 The Toronto Blue Jays have agreed to acquire outfielder/catcher Daulton Varsho from the Arizona Diamondbacks in exchange for young catcher Gabriel Moreno and outfielder Lourdes Gurriel Jr., the teams announced. The two sides are essentially trading from respective strengths. Varsho, 26 years old, has emerged in recent years as an above-average hitter and an intriguing talent overall based on his unusual defensive versatility. In more than 1,000 career plate appearances, he’s batted .234/.306/.432 (103 OPS+) while averaging 23 home runs and 14 steals. His contributions have been worth an estimated 6.7 Wins Above Replacement, per Baseball-Reference.Varsho, it stands to reason, will split time between the outfield and behind the plate for the Blue Jays, who earlier this winter signed Kevin Kiermaier to be their starting center fielder. Toronto still has Danny Jansen and Alejandro Kirk to trot out behind the plate, as well as George Springer in right field. The Blue Jays created an opening in left earlier this winter when they traded Teoscar Hernández to the Seattle Mariners. Varsho should provide plus defense there while adding a reliable lefty bat to the lineup.

Gurriel, 29 years old, will qualify for free agency after next season. Since 2020, he’s amassed a .288/.334/.452 slash line (116 OPS+) with 37 home runs. He joins a crowded Diamondbacks outfield situation that includes talented youngsters Corbin Carroll, Alek Thomas, and Jake McCarthy, plus former Rookie of the Year Award winner Kyle Lewis.Moreno, 22 years old, was considered one of the top prospects in baseball prior to exhausting his rookie eligibility last season. In 25 games with the big-league team, he batted .319/.356/.377 (111 OPS+) with a home run. Moreno has received strong marks from evaluators for his pure hitting ability, and his improved defense gives him a high floor. CBS Sports ranked him as Toronto’s top prospect entering last spring.

Moreno would seem to be ready to slot in behind the plate for the Diamondbacks. Incumbent backstop Carson Kelly has been a well-below-average hitter in two of the last three seasons.