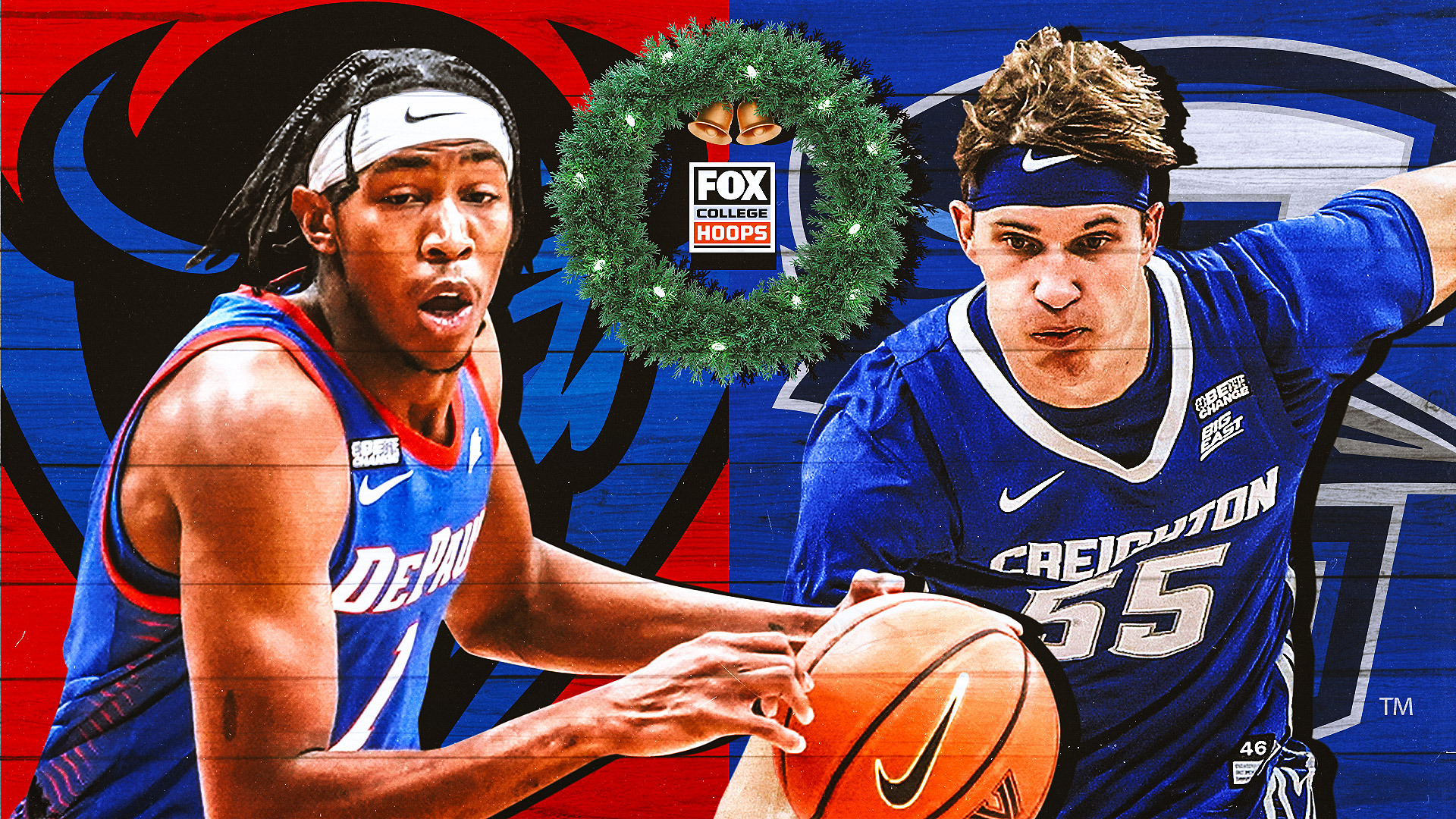 John Fanta College Basketball Broadcaster and Reporter For the first time in conference history, Big East basketball is happening on Christmas Day, and you can see it on FOX.Following the Packers-Dolphins matchup at 1 p.m. ET on Sunday, a preseason top-10 Creighton team will host DePaul at 4:30 p.m. ET in Omaha, Nebraska.The idea of this matchup started in the spring at Big East coaches’ meetings when Creighton’s Greg McDermott agreed to host the Christmas Day showcase.”Our guys are excited for the national spotlight, and we’ve got some of the best fans in the country,” said McDermott, who has led the Bluejays to three NCAA Tournament wins in the last two years. “We’ll get a great crowd even on the holiday because our followers are so passionate, and our guys will have as many family members as we can get out here. It will be fun.” On the visiting side, DePaul head coach Tony Stubblefield and athletic director DeWayne Peevy were intrigued by the potential of a nationally televised game for a program trying to elevate its brand. Peevy, who worked closely with John Calipari while serving as Kentucky’s executive associate AD, understands the value of scheduling and broadcast opportunities. The Jays, who were pegged by many as a preseason Final Four contender, started 6-0 and advanced to the Maui Invitational title game. But a loss to Arizona in Hawaii started an unexpected six-game slide, in which junior star Ryan Kalkbrenner was out for three games. On Thursday night, the 7-foot-1 center returned to the lineup for McDermott and fittingly powered Creighton with 19 points on 8-of-9 shooting in a 78-56 win over Butler.On the other side, Stubblefield hasn’t been able to get DePaul to turn a corner in his second season. While the Blue Demons have been battered by injuries, a loss to Duquesne followed by a 38-point defeat at the hands of Northwestern is discouraging. The days of Ray Meyer are long ago, and the Blue Demons’ NCAA Tournament drought that dates back to 2004 looks like it will continue. DePaul will try to take on the role of the Grinch and play spoiler on Christmas Day. Meanwhile, the game feels like a “must-win” for Creighton. While the hot start was big for the Bluejays, the six-game slide placed them back into the bubble conversation entering Big East play. The win over Butler was encouraging, and with back-to-back home games against DePaul and Seton Hall, the Jays need to keep stacking up victories. Here are three things to watch for in this Big East matchup:Blue Demons must play through Javan Johnson and Umoja GibsonDePaul’s top-scoring duo has combined for more than 30 points per game, and Stubblefield will need even more than that to get out of Omaha with a win. More than anything, the Demons have to control the style of the game and get quality looks. The reason they’re successful? First and foremost, they’re grown men. Gibson, a transfer from Oklahoma, is 24. Johnson, who spent much of last season banged up and flew under the radar entering the season, is 23. Johnson’s scoring prowess has been a game-changer for the Blue Demons when he gets cooking. In DePaul’s six wins, the 6-foot-6 wing is averaging 22.6 PPG.Javan Johnson leads DePaul over Minnesota Creighton’s key is perimeter shooting Creighton has long been known as an outstanding 3-point shooting team under McDermott, but this year’s group has not thrived in that area. The Bluejays have relied too much on 3-point shooting during the team’s six-game losing streak, and that has led to some tough shot selections. It’s weird seeing the Jays in the back half of the Big East at just more than 34% from downtown. In Thursday’s win over Butler, Kalkbrenner and Ryan Nembhard hit some open shots from deep, which opened things up and allowed the offense to achieve a good balance with four scorers in double-figures. The Jays shot 8-of-16 from downtown against the Dawgs. Can that lead to improved efficiency from deep? Ryan Kalkbrenner scored 24 vs. North Dakota The Scheierman Effect in the Jays backcourtBaylor Scheierman is one of the must-see players in college basketball. A transfer portal splash from South Dakota State who garnered a load of attention from high-major programs this past offseason, the Nebraska native elected to come home and don a Bluejays uniform for the final chapter of his college basketball career. The 6-foot-7 star is averaging 12.7 points and 9.8 rebounds per game while sitting in the top four of the Big East with 2.6 3-pointers per outing.Scheierman isn’t the only talented player on the perimeter for Creighton. It’s important for the Bluejays’ sophomore duo of Nembhard and Trey Alexander to co-exist and find an offensive rhythm. Both have had their ups and downs this season, and I believe what they end up being together as the year goes on could determine the Jays’ ultimate ceiling.Read more:Top stories from FOX Sports:John Fanta is a national college basketball broadcaster and writer for FOX Sports. He covers the sport in a variety of capacities, from calling games on FS1 to serving as lead host on the BIG EAST Digital Network to providing commentary on The Field of 68 Media Network. Follow him on Twitter @John_Fanta. Get more from College Basketball Follow your favorites to get information about games, news and more