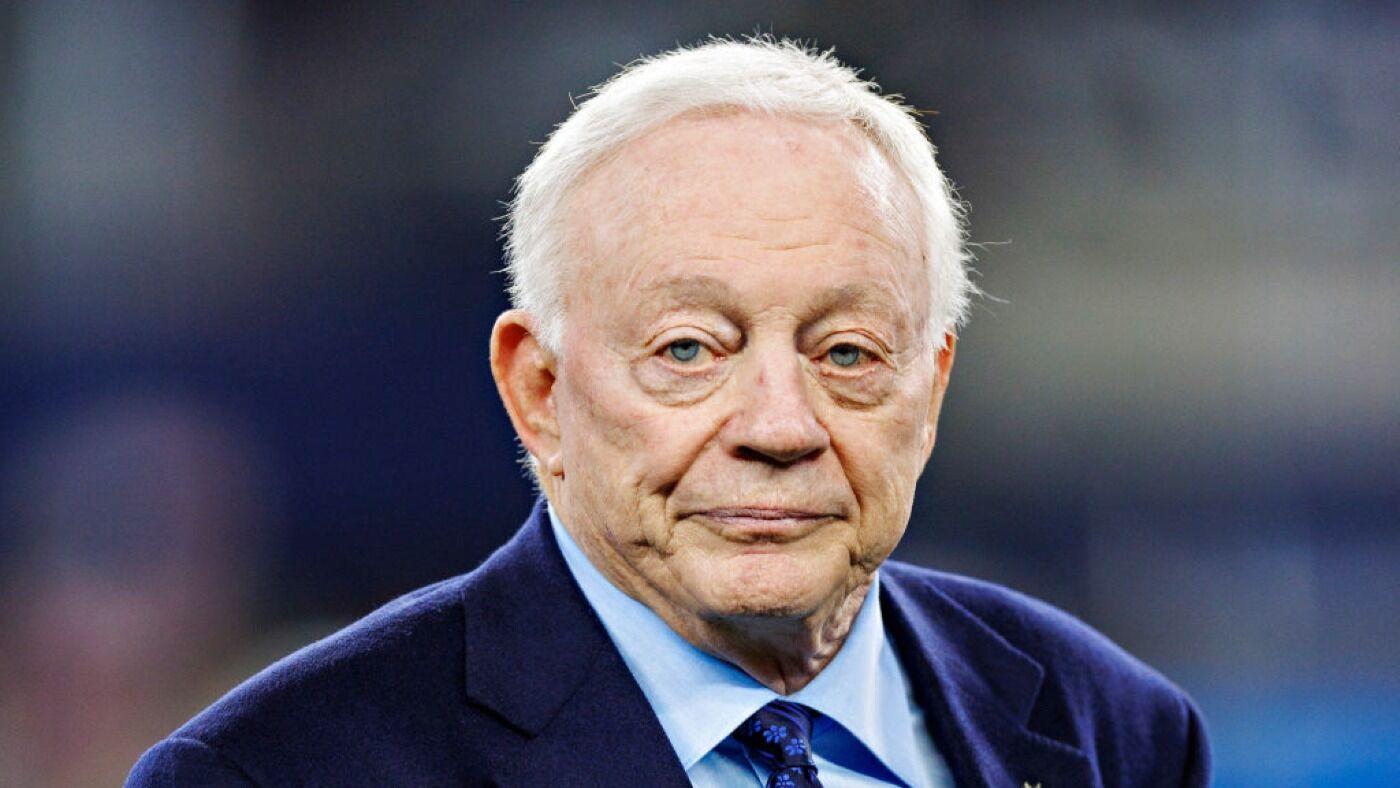 A Texas judge has ordered Dallas Cowboys owner Jerry Jones to take a paternity test amid a legal dispute with a 26-year-old woman, according to CBS News. The woman, Alexandra Davis, claims Jones is her biological father. Jones’ lawyers declined to make an immediate public response, but court filings indicate they plan to appeal the decision, per CBS News. Davis filed a paternity lawsuit against Jones in early March, and although he has yet to admit to being Davis’ father, a lawyer for Jones admitted less than a month later that the Cowboys owner has paid out millions to Davis and her mom, Cynthia Spencer Davis. In a statement, Jones’ lawyer, Don Jack, told ESPN.com that he has regularly given money to the two Davis women on Jones’ behalf since Alexandra’s birth on Dec. 16, 1996.

“On numerous occasions, I have made payments on behalf of Mr. Jones to Cindy and Alex Davis,” Jack said.Jack also noted that he gave Cynthia Davis a lump sum payment of $375,000 in 1995 and also revealed that Jones gave Cynthia Davis “monthly payments for child support which ultimately totaled over $2 million.”According to Jack, the Cowboys owner set up two trusts to help pay for Alexandra Davis’ upbringing, as those trusts have paid out more than $1.2 million over the past 25 years. According to ESPN, Alexandra Davis is expected to get two more payments from the trusts, with one coming when she turns 26 and another slated for when she turns 28.

Besides the trust, Jack claims that Jones has also footed the bill for several extravagant items, including a $70,000 Range Rover that Alexandra Davis received on her 16th birthday. That same year, Jones also spent $33,000 to help throw a “Sweet 16” birthday party. The Cowboys owner also forked over nearly $50,000 for two big trips Alexandra Davis took abroad. One trip was a Christmas vacation to Paris with her mom, where Jones allegedly chipped in $25,000. The other vacation was a trip abroad that she took following her college graduation. Jones is said to have contributed $24,000 to that trip. In a court filing from March 28, Jones asked that the paternity lawsuit be thrown out as the Cowboys owner called it an extortion attempt. Jones spokesman, Jim Wilkinson, called the lawsuit a money grab. Wilkinson and Jack claimed that the Davis’ original plan was to try and get $20 million from Jones and they made that demand at a dinner a few years ago.

“In that meeting, Alex read to me a personal letter she had drafted to Jerry Jones in which she expressed her dissatisfaction with what she had received and sought $20 million,” Jack said. “She stated that if that amount was paid, she would not bother Mr. Jones again and would keep their relationship confidential.”Alexandra Davis’s lawyer, Andrew A. Bergman, claimed no such demand was made. “Let’s see the letter,” Bergman said Thursday. “And let’s see the evidence that more money was paid beyond those agreements. And I would ask why? Is Jerry saying that money is a substitute for being a father? Do the millions make him a good father and do they make my client an extortionist? Don’t forget the money was contingent on her being silent.”According to Alexandra Davis’ lawsuit, which was filed on March 3, the $375,000 given to her mom was actually hush money to buy her silence about the identity of Alexandra Davis’ real father.

Alexandra Davis filed a paternity lawsuit because she has been forced to abide by a confidentiality agreement that was signed by her mother. Alexandra Davis was one year old when the agreement was signed, and she wanted the court to rule that she should no longer be bound by it. She also wants to be able to acknowledge Jones as her father. “It is hard to imagine what could be less in the best interest of a child than to enforce [confidentiality] agreements that leave a child without a father and which prevent or legally punish a child from even stating who her father is,” her lawsuit states, via ESPN.com. According to the paternity lawsuit, Alexandra Davis just wants to have a father she can acknowledge.

“The combined effects of the aforementioned [confidentiality] agreements and Cynthia’s divorce proceedings resulted in Plaintiff never having a legal father,” the lawsuit stated. “To add incredible insult to injury, Plaintiff has had to spend her entire life hiding and concealing who her real father is. Defendant Jones’ only role in Plaintiff’s life to date other than to shun her, has been to coerce her from ever disclosing his identity.”Jones’ camp isn’t buying that explanation. “The facts clearly show that millions of dollars have been paid,” Wilkinson said, “and on top of that, a $20 million shakedown attempt was made. I think this speaks for itself as to the motives.”Alexandra Davis, who currently works as an aide for U.S. Rep. Ronny Jackson (R-Texas), has yet to make any type of public comment about the lawsuit.

For his part, Jones was asked about the lawsuit at the NFL’s annual league meeting this past week and he ducked the question. “That is personal,” he said, via the Dallas Morning News. “That is personal.”The next court date in the case has yet to be scheduled.