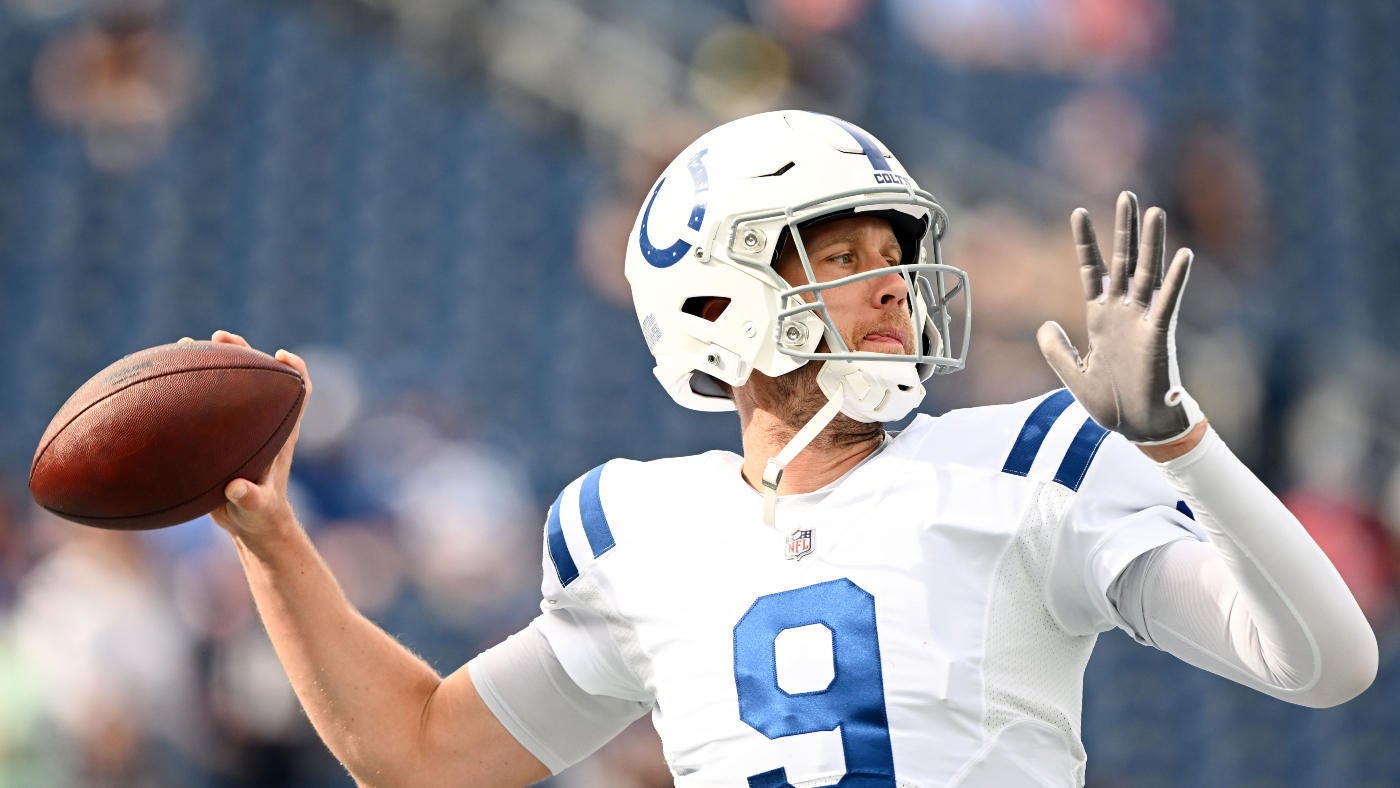 Indianapolis Colts interim coach Jeff Saturday wasn’t exactly concerned with the Christmas spirit when he made the decision to bench starting quarterback Matt Ryan for a second time this season. Now the Colts will hand the ball over to former Super Bowl MVP and Pro Bowler Nick Foles for a Monday Night Football matchup against the Los Angeles Chargers in Week 16 at 8:15 p.m. ET. The latest NFL prop odds from Caesars Sportsbook lists the over/under for Foles passing touchdowns at 1.5 with the Over paying out at +116 (bet $100 to win $116) as Foles is now scheduled to start for his sixth different team.So should you be expecting Foles to throw for multiple touchdowns for a chance at a plus-money payout in your NFL prop bets, or are there better opportunities on the board? Chargers running back Austin Ekeler has scored in nine of his last 11 games and is priced at -117 as an anytime touchdown scorer in this week’s Chargers vs. Colts prop lines. Before betting any NFL props for Monday Night Football, you need to see the Colts vs. Chargers NFL prop predictions from the SportsLine Projection Model.The model, which simulates every NFL game 10,000 times, is up well over $7,000 for $100 players on top-rated NFL picks since its inception. The model enters Week 16 of the 2022 NFL season on an incredible 157-113 run on top-rated NFL picks that dates back to the 2017 season.The model also ranked in the top 10 on NFLPickWatch four of the past six years on straight-up NFL picks and beat more than 94% of CBS Sports Football Pick’em players four times during that span. Anyone who has followed it is way up.

It can also be used to crush NFL prop picks. The model enters Week 16 with a 54-40 record on NFL prop picks this season, returning well over $1,000 for $100 players. Anyone who has followed it is way up.With Chargers vs. Colts on Monday Night Football approaching, the model has evaluated the NFL player props from Caesars and found five strong NFL bets. You can only see them here.Top NFL player prop bets for Colts vs. ChargersAfter simulating Chargers vs. Colts 10,000 times and examining the dozens of player props from Caesars, the model says Foles goes Under 231.5 passing yards for a -129 payout. The 11th-year veteran will be making his 57th career start in the NFL and it will be his first start in exactly one year since he led the Bears to a 25-24 win over the Seahawks on Dec. 26, 2021.

Foles threw for 250 yards in that game and eclipsed 231.5 passing yards in four of his last five starts with Chicago but this is an Indianapolis pass offense that has had serious issues moving the ball. Ryan went for less than 231.5 yards in four of his last five starts for the Colts and the outlier was a 233-yard performance in a blowout loss to the Cowboys.And with Jonathan Taylor (ankle) out, Foles won’t have the benefit of loaded boxes to create one-on-one coverage on the outside. Expect to see Michael Pittman Jr. bracketed most of the game, which is a big reason why the model is predicting that Foles only finishes with 213 passing yards on average. See more NFL props here.How to make NFL player prop bets for Los Angeles vs. IndianapolisIn addition, the model says another star sails past his total and has three other NFL props you won’t want to miss. You need to see the model’s analysis before making any Chargers vs. Colts NFL prop bets for Monday Night Football.

Which Colts vs. Chargers prop bets should you target for Monday Night Football? And which yardage prop is a must-back? Visit SportsLine now to see the top Chargers vs. Colts props, all from the model that’s up well over $7,000 on top-rated NFL picks.