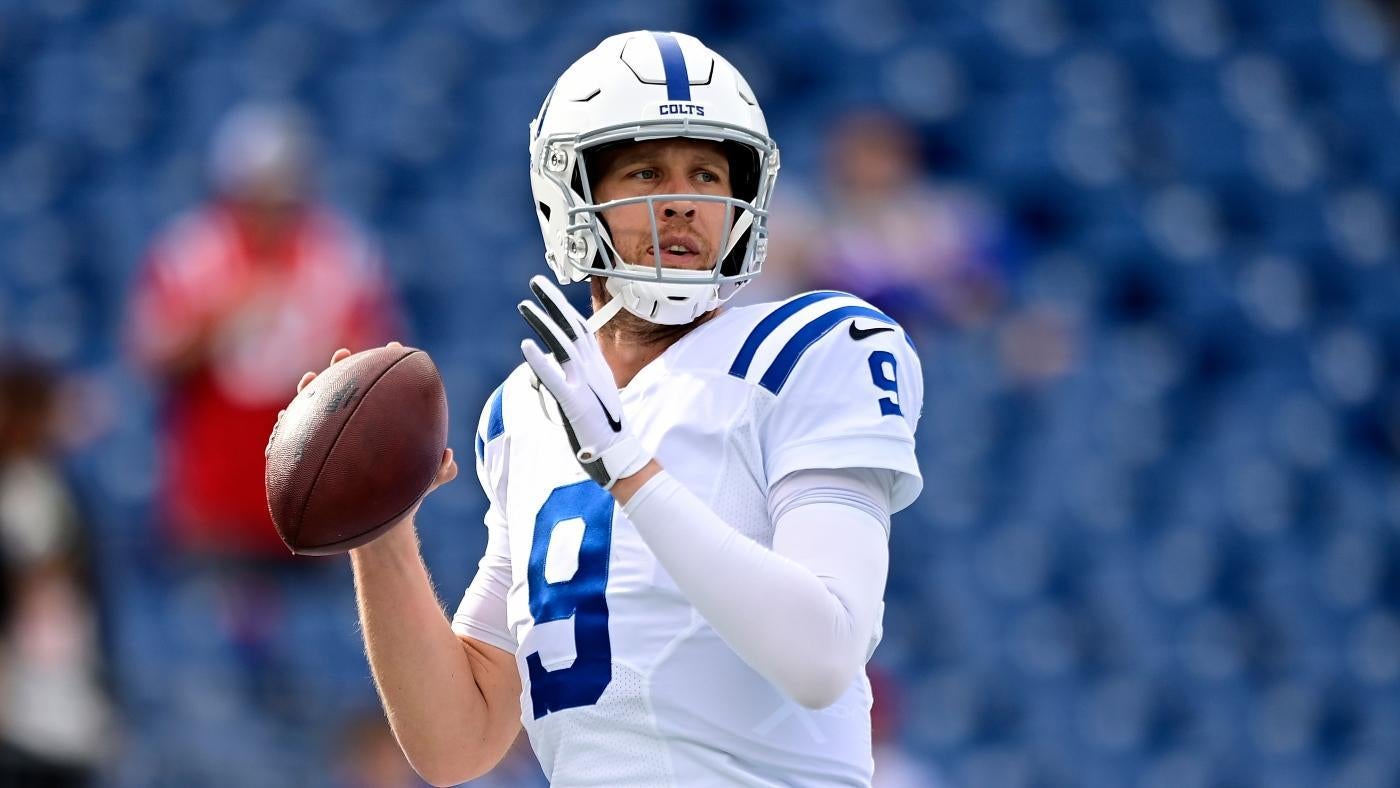 Jeff Saturday and the Indianapolis Colts take on Brandon Staley and the Los Angeles Chargers to wrap up the Week 16 NFL schedule. The AFC squads meet on Monday Night Football. The Chargers are 4-3 on the road and 8-6 overall this season after back-to-back wins over the Miami Dolphins and Tennessee Titans. The Colts are 1-6 in the last seven games, dipping to 4-9-1 on the season, and they’re turning to veteran Nick Foles as the starting quarterback. Indianapolis has been eliminated from playoff contention, while Los Angeles clinches a spot with a victory. Caesars Sportsbook lists Los Angeles as the 4-point road favorite for this 8:15 p.m. ET kickoff. The total number of points Vegas thinks will be scored, or the over/under, is 45.5 in the latest Chargers vs. Colts odds. Before locking in any Colts vs. Chargers picks, be sure to check out the NFL predictions and betting advice from SportsLine’s advanced computer model.The model, which simulates every NFL game 10,000 times, is up more than $7,000 for $100 players on top-rated NFL picks since its inception. The model enters Week 16 of the 2022 NFL season on an incredible 157-113 run on top-rated NFL picks that dates back to the 2017 season. The model ranked in the top 10 on NFLPickWatch four of the past six years on straight-up NFL picks and beat more than 94% of CBS Sports Football Pick’em players four times during that span. Anyone who has followed it is way up.

Why the Chargers can coverLos Angeles should greatly benefit from the struggles of Indianapolis on offense. The Colts have more turnovers (27) than any team in the league, and Indianapolis also has the most lost fumbles (13) in the NFL. Indianapolis ranks No. 31 in red zone efficiency, No. 27 in third down efficiency, and No. 24 in total offense, with the Colts averaging only 17.5 points per game. The Colts are also now missing star running back Jonathan Taylor (ankle) for the rest of the year.The Colts are in the bottom third of the league in first downs, touchdown passes, rushing yards, and rushing touchdowns, with Los Angeles suddenly playing better football on defense. The Chargers are giving up 15.5 points per game in the last two weeks, yielding only 251.5 total yards per game and 4.8 yards per play in those two victories. Los Angeles has forced 18 turnovers, an above-average figure, and the Chargers are above-average in red zone efficiency allowed at 53.5%. See which side to back here.

Why the Colts can coverIndianapolis has strong defensive characteristics. The Colts are in the top five of the NFL in yards allowed per drive (27.5), and rank in the top 12 in total defense, yielding only 329.3 yards per game. Indianapolis allows opponents to convert only 36.8% of third down chances, and the Colts are stingy against the pass, yielding just 205.6 passing yards per game. Indianapolis is giving up 6.0 net yards per pass attempt, and allow only 4.1 yards per carry to opponents. The Colts have one of the best tacklers in the NFL in veteran linebacker Zaire Franklin, who has at least 10 tackles in five straight games. Franklin is also in the top five of the league solo tackles (85) and overall tackles (141) this season. See which side to back here.How to make Chargers vs. Colts picksSportsLine’s model is leaning Over on the total, projecting 47 combined points. The model also says one side of the spread has all the value. You can only see the model’s MNF picks at SportsLine.