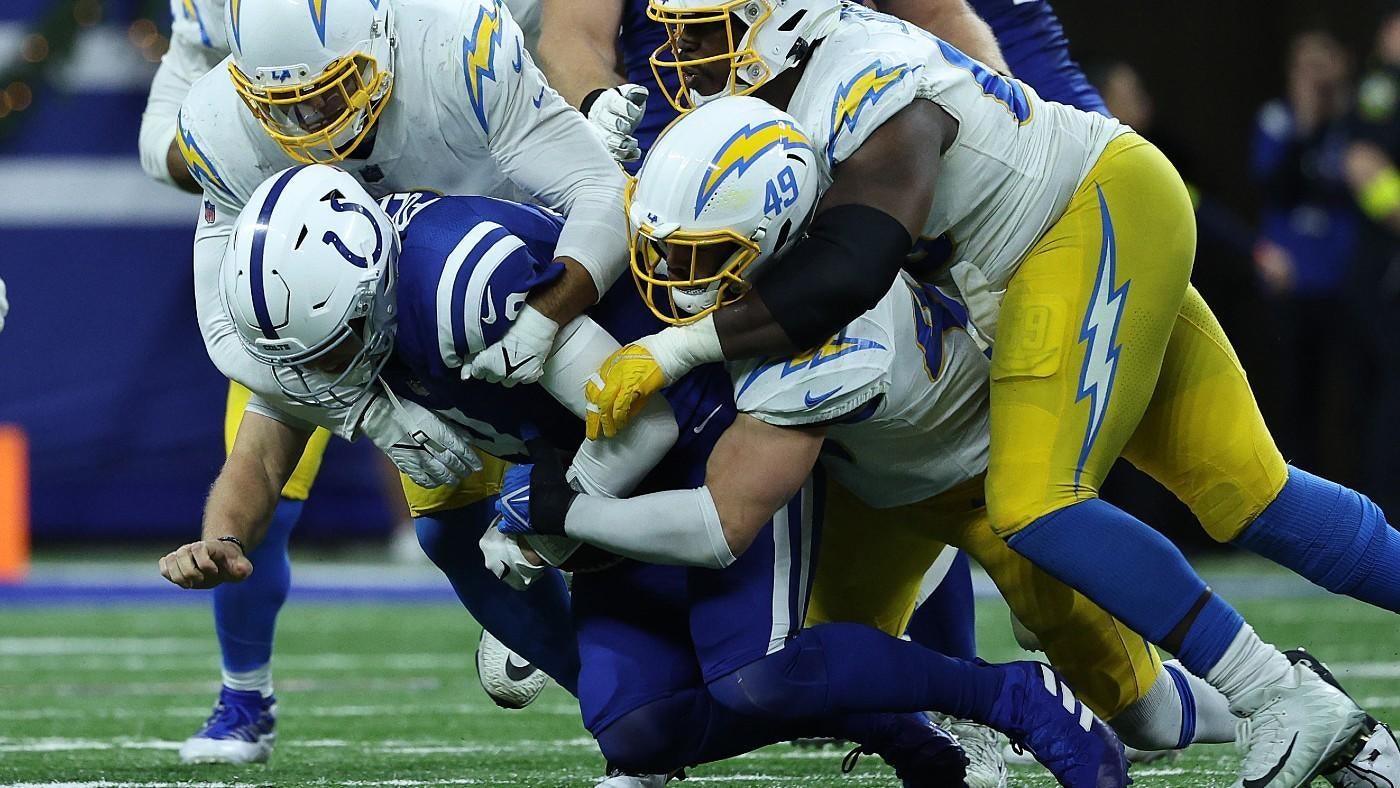 The Colts turned to third-string quarterback Nick Foles on Monday night, starting the veteran backup in place of both Matt Ryan and Sam Ehlinger against the Chargers. The results were about as ugly as possible, with Foles throwing three interceptions and absorbing seven sacks in a 20-3 loss. That’s not stopping Indianapolis from riding out its latest QB switch, however, with coach Jeff Saturday telling reporters afterward that the plan is for Foles to remain under center for the final two games of the 2022 season.Despite Foles finishing just 17 of 29 for 143 yards in the Colts’ second-lowest-scoring output of the year, Saturday said he has “no reservations” about the switch to Foles from previous starter Matt Ryan, who was inactive Monday night. He added, per reports, that he never considered benching Foles for Ehlinger, who served as the No. 2 QB against Los Angeles.

Foles had little protection going up against the Chargers, taking nine hits in the pocket while Saturday’s handpicked play-caller, Parks Frazier, went heavy on the passing attack out of the gate. But he was especially troubling making his own decisions, too, throwing three interceptions on crowded downfield shots. Before taking over under center in Week 16, he hadn’t started a game since 2020, when he came off the bench for the Bears in place of Mitchell Trubisky.To be fair, Foles is just the latest in a growing list of Colts QBs to struggle mightily this year. Ryan led the NFL in interceptions earlier this year, fighting to keep the team afloat behind a battered line before previous coach Frank Reich’s in-season dismissal. Ehlinger, meanwhile, lasted just two games as the first-teamer, failing to score a single touchdown in back-to-back losses, including a 26-3 drubbing at the hands of the Patriots.

The Colts, who are already eliminated from playoff contention at 4-10-1, will finish the regular season against the Giants and Texans. New York is looking to clinch a wild card spot in the NFC, while Houston is fresh off an upset of the Titans.