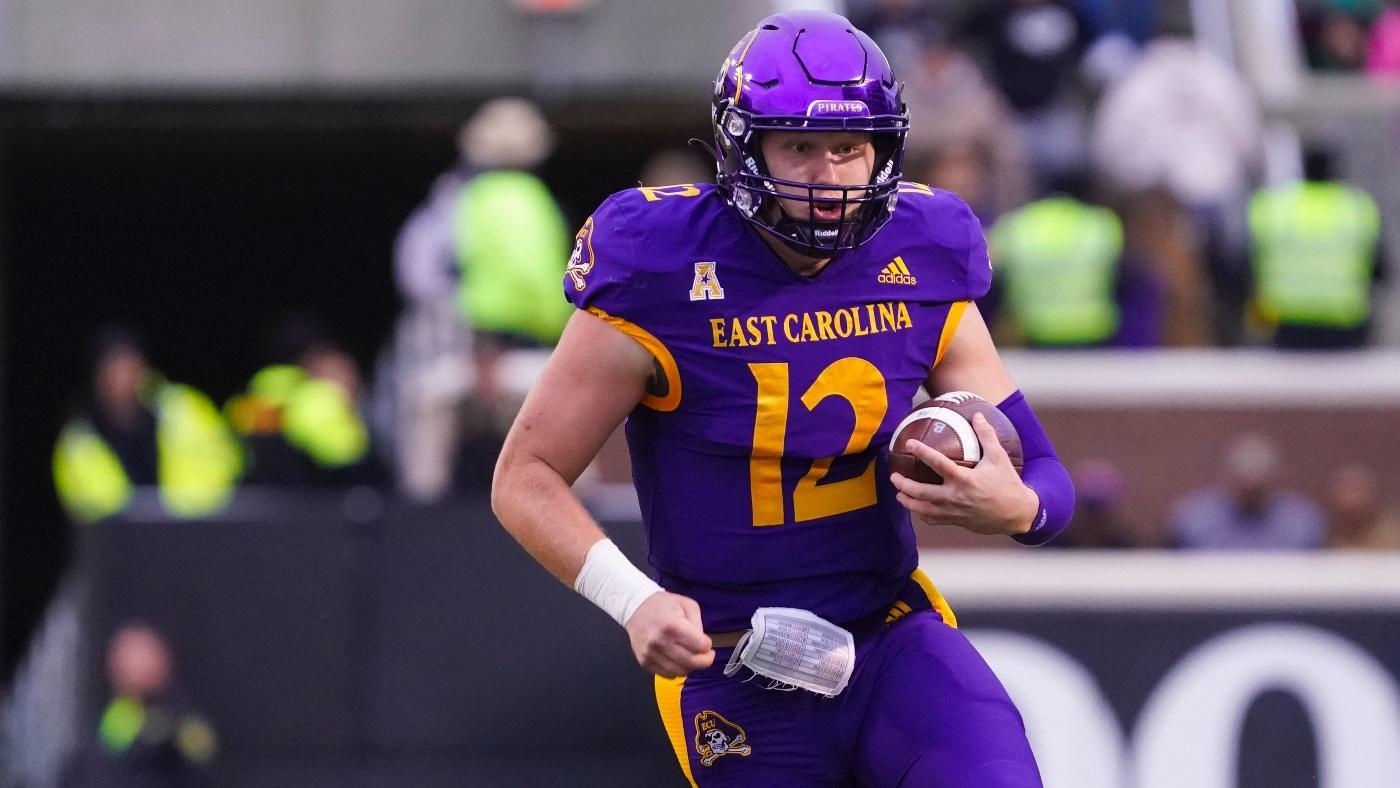 Winter is setting in across the nation, but the college football bowl schedule is heating up with four matchups set to unfold on Tuesday, Dec. 27. The action gets underway at noon ET when the Buffalo Bulls battle the Georgia Southern Eagles in the 2022 Camellia Bowl. The action continues with Memphis vs. Utah State at 3:15 p.m. and Coastal Carolina vs. East Carolina at 6:45 p.m. The final matchup of the day sees the Oklahoma State Cowboys squaring off against the Wisconsin Badgers at 10:15 p.m. in the Guaranteed Rate Bowl.The Badgers are 3.5-point favorites over the Cowboys according to the latest college football odds from Caesars Sportsbook. Wisconsin has won seven of their last eight bowl games, but should the Badgers be included in your best bets for Tuesday? Before locking in any college football picks for Tuesday’s action, be sure to see the college football bowl predictions and best bets for Dec. 27 from Barrett Sallee.Sallee is a true insider — a CBS Sports analyst, SiriusXM host, Heisman voter and consistently one of the top CBS Sports experts picking games against the spread — and his best bets have helped bring in huge returns. He debuted with SportsLine in 2017 and has delivered in a big way on his college football picks. Over the past three-plus years, he is 122-114 in his popular best bets column at SportsLine. Now, Sallee has turned his attention to the college football odds from Caesars for bowl action on Tuesday and locked in his top three best bets over at SportsLine. If you parlay them together, you could be looking at a return of around 6-1. Get his top college football picks right here.

Top college football expert predictions for Dec. 27, 2022One of Sallee’s top college football picks for bowl action on Tuesday: He’s backing East Carolina (-7) to cover the spread against Coastal Carolina in the Birmingham Bowl at 6:45 p.m. ET.The Pirates feature a prolific passing attack, led by quarterback Holton Ahlers. For the season, Ahlers has racked up 3,408 passing yards, which ranks 15th in the nation, and 23 touchdowns. He’s thrown for at least 280 yards in six of his last eight games, which includes a 314 yard and three touchdown performance against Temple in the season finale. As a team, the Pirates are completing 66.5% of their pass attempts, which ranks 18th in the nation. ECU is also one of the most disciplined teams in the country, having accumulated just 45 penalties in 12 games, the third-fewest in college football. Coastal Carolina, meanwhile, is giving up 30.08 points per game on average, which ranks 101st in the country. Sallee believes East Carolina’s aerial attack will have success against a Coastal Carolina defense that has struggled to slow down opposing offenses this season.