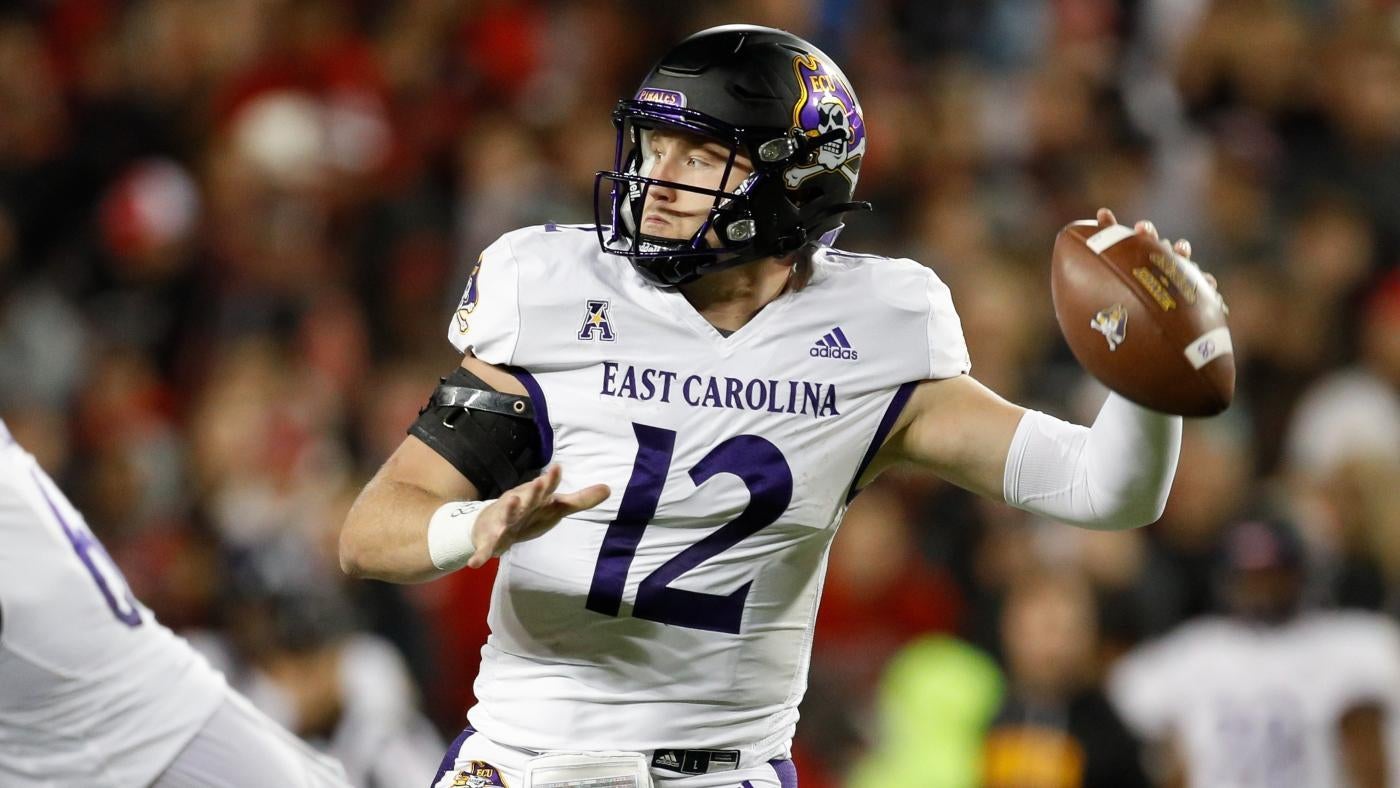 The 2022-23 college football bowl schedule continues on Tuesday with four matchups, beginning with Georgia Southern vs. Buffalo at noon ET in the 2022 Camellia Bowl. Georgia Southern and Buffalo have both lost three of their last four games. According to the latest college football bowl odds from Caesars Sportsbook, the Bulls are 4.5-point underdogs against Georgia Southern. The action continues on Tuesday with Memphis (-7.5) vs. Utah State at 3:15 p.m. and Coastal Carolina vs. East Carolina (-7) at 6:45 p.m. Tuesday’s action wraps up with an intriguing matchup between the Wisconsin Badgers (-3.5) and Oklahoma State Cowboys at 10:15 p.m. in the Guaranteed Rate Bowl. Before locking in any college football picks for Tuesday’s action, be sure to see the college football bowl predictions and best bets for Dec. 27 from Barrett Sallee.Sallee is a true insider — a CBS Sports analyst, SiriusXM host, Heisman voter and consistently one of the top CBS Sports experts picking games against the spread — and his best bets have helped bring in huge returns. He debuted with SportsLine in 2017 and has delivered in a big way on his college football picks. Over the past three-plus years, he is 122-114 in his popular best bets column at SportsLine. Now, Sallee has turned his attention to the college football odds from Caesars for bowl action on Tuesday and locked in his top three best bets over at SportsLine. If you parlay them together, you could be looking at a return of around 6-1. Get his top college football picks right here.

Top college football expert predictions for Dec. 27, 2022One of Sallee’s top college football picks for bowl action on Tuesday: He’s backing East Carolina (-7) to cover the spread against Coastal Carolina in the Birmingham Bowl at 6:45 p.m. ET. ECU has been extremely efficient on offense all season long, averaging 30.8 points per game. The Pirates scored 49 points in their season finale against Temple thanks to a strong performance from running back Keaton Mitchell. The sophomore recorded 27 carries for 222 yards and three touchdowns against the Owls, and he’s averaging a whopping 7.4 yards per carry this season. Meanwhile, Coastal Carolina is giving up 30.08 points per game on average, which ranks 101st in college football. Sallee believes the Pirates will have a big day against a Coastal Carolina defense that has struggled to slow down opposing offenses this season.