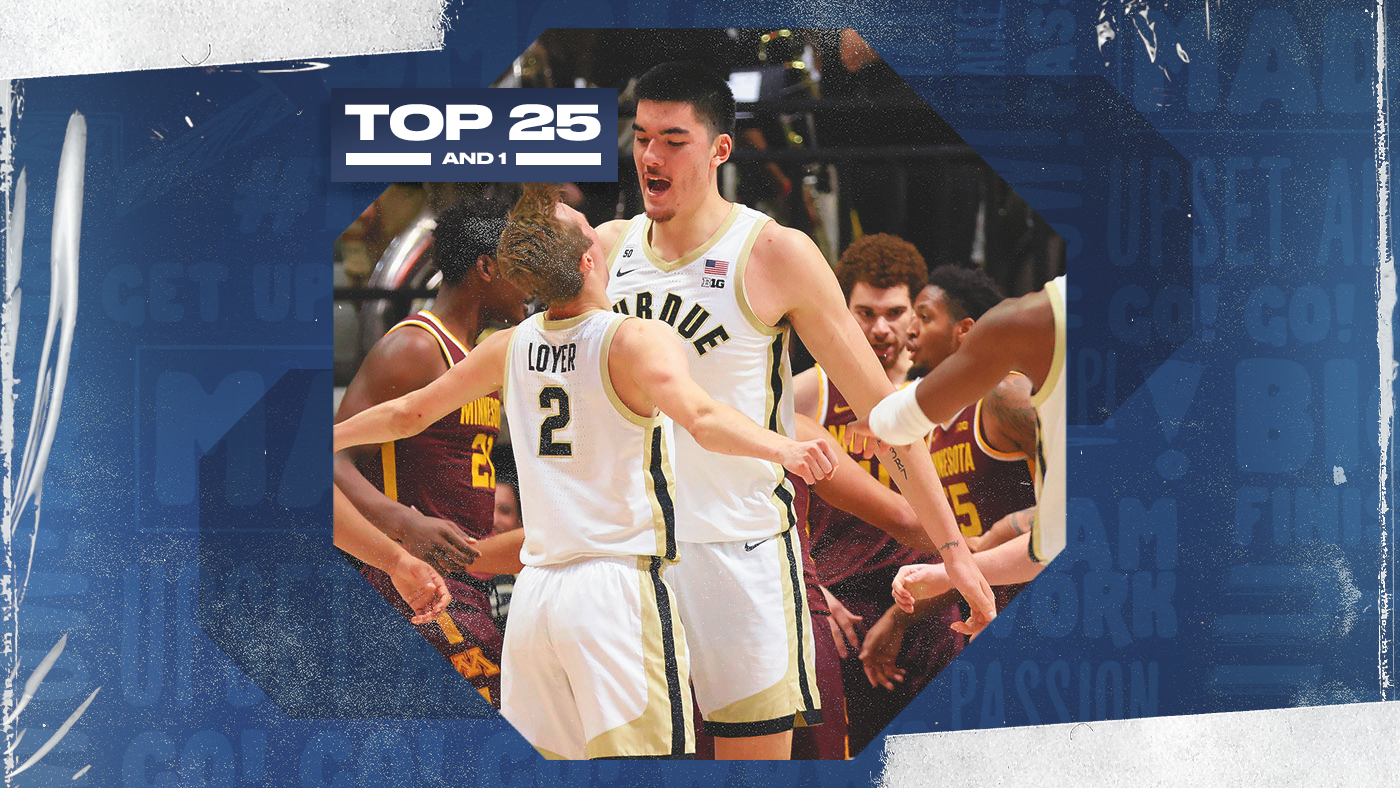 Happy Holidays.I hope you’re enjoying Winter Storm Elliott — or at least surviving Winter Storm Elliott. And I hope you’re not the type who can’t make it through the day without relevant college basketball games, because college basketball and Christmas just do not go together.The NFL? Yeah, there’s lots of NFL over the next three days. The NBA? Sure, there are five NBA games on Sunday. But no college basketball teams ranked in the CBS Sports Top 25 And 1 will play again until Tuesday. The next three days will be super-slow, so adjust your schedules accordingly.No. 1 Purdue won’t actually play again until Thursday when the 12-0 Boilermakers host Florida A&M inside Mackey Arena. After that, it’s 18 straight Big Ten games for Matt Painter’s program. If you’re into computers, please note that KenPom.com currently projects Purdue to finish 14-6 in the conference and win the league title by two games. If it goes down that way, it’ll be the fourth Big Ten regular-season title of Painter’s career — and third in the past seven years. It would also represent eight top-four Big Ten finishes in a nine-year span for Purdue and further solidify Painter as one of the most-consistent winners in the sport.

The Boilermakers are of course led by Zach Edey, a 7-foot-4 center who is averaging 22.6 points and 13.9 rebounds per game. Those numbers both rank first among all power-conference student-athletes, which is among the reasons Edey is widely considered to be the leading candidate to win the CBS Sports National Player of the Year award that will be announced just before the 2023 Final Four in Houston.Top 25 And 1 rankings