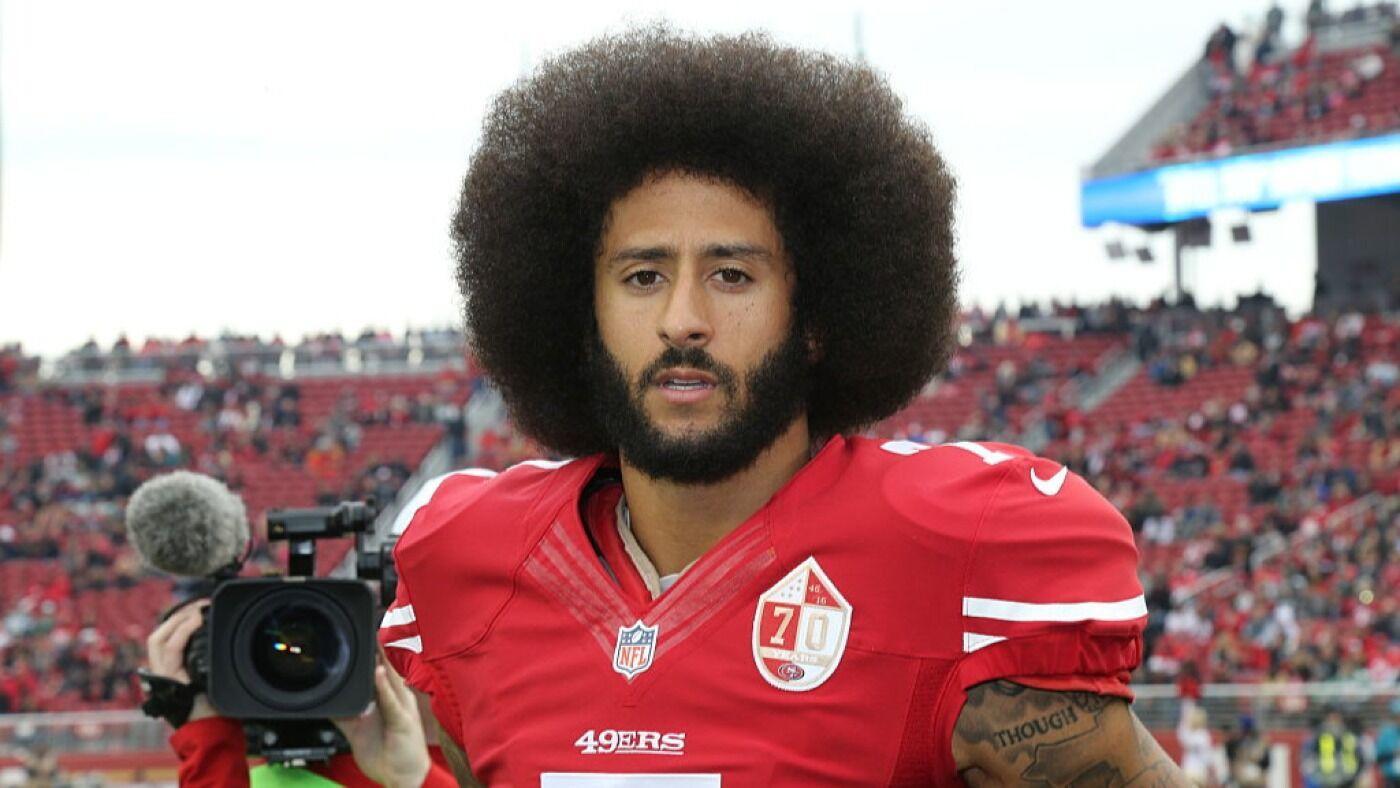 The 2016 protests of former San Francisco 49ers quarterback Colin Kaepernick are being commemorated at a newly-opened exhibit in the 49ers Museum at Levi’s Stadium. According to a report by NBC Sports Bay Area, the exhibit — “Colin Kaepernick’s Impact and Influence” — is part of a larger exhibit titled “The Long Game, Sports & Social Justice in the Bay Area.”Kaepernick, the No. 36 overall pick in the 2012 NFL Draft, was the 49ers’ starting quarterback from 2012 to 2016, a period that included him leading the team to an appearance in Super Bowl XLVII. But in 2016, Kaepernick’s career and legacy changed when he began kneeling during the national anthem in protest of police brutality. Kaepernick’s protests were highly polarizing, particularly given the social and political climate of the ongoing U.S. culture war, but they soon became pervasive and widespread across the NFL and other professional sports.Kaepernick left the 49ers following the 2016 season after opting out of his contract and has not played in the NFL since. However, his activism had a massive impact on professional sports as well as the dynamic between sports, politics, and the culture at large.

“It’s important that a moment like Kaepernick’s protest is included because it’s something that most of the people who come to the museum, at least for the next couple of years, will have lived through,” said Dr. Damion Thomas of the National Museum of African American History and Culture. “So part of what you have to show people is that these are ongoing conversations, that these issues and social issues persist.”Kaepernick’s story is one of five featured in the larger exhibit, which also includes Willie Mays’ activism against housing discrimination in San Francisco, Tommie Smith and John Carlos’ protest at the 1968 Olympics, the diversification of leadership in professional sports teams, and Brandi Chastain’s game-winning goal in the 1999 Women’s World Cup in the context of Title IX and gender issues.