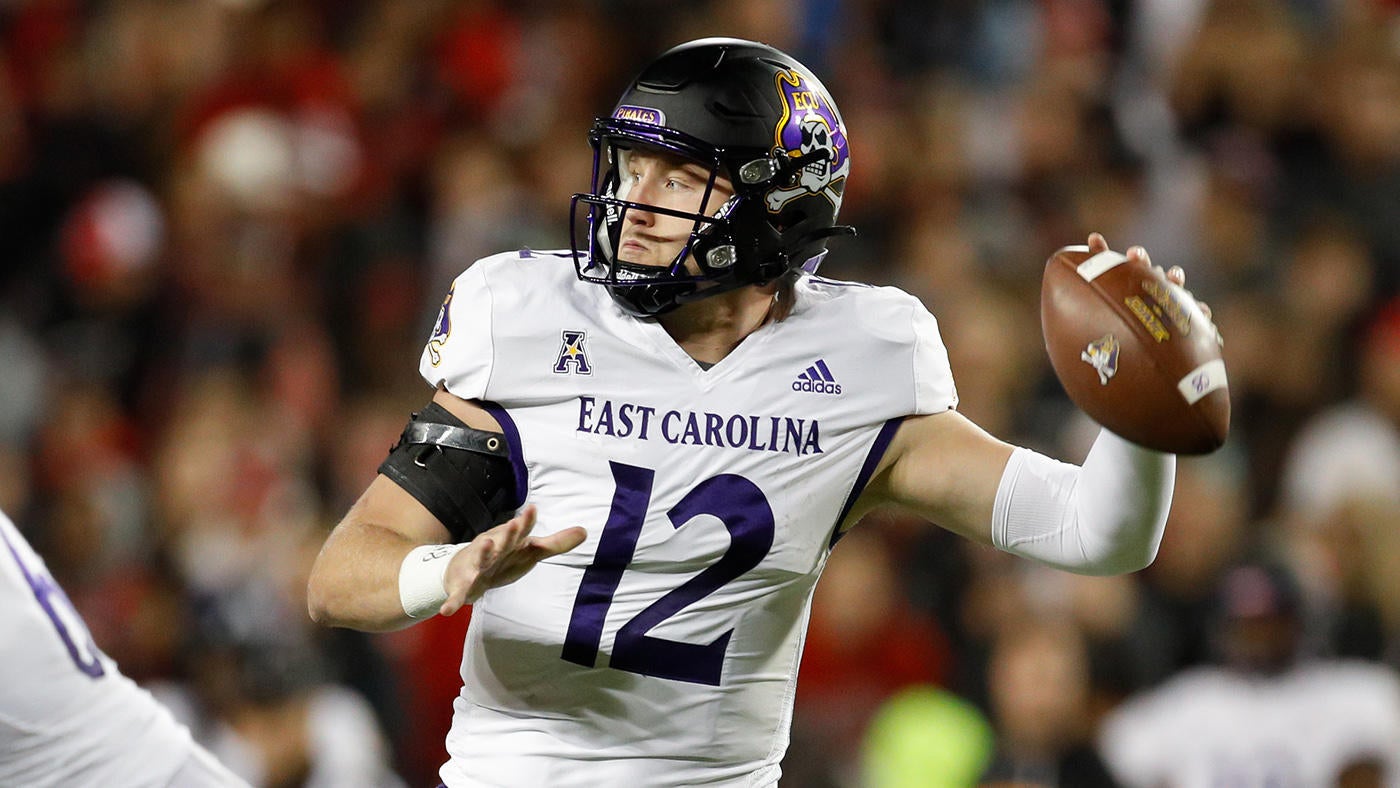 The Carolinas head to Alabama for a clash between the Sun Belt and the American Athletic Conference as Coastal Carolina faces East Carolina in the Birmingham Bowl on Tuesday. Though the schools are separated by less than a four-hour drive across the coastal regions of the two Carolinas, this is the first time that Coastal Carolina and ECU have played in football. While ECU is looking for its first bowl win of the Mike Houston era, Coastal arrives in Birmingham as a program in transition. What was a successful season for Coastal Carolina — going 9-3 and playing for the Sun Belt title after winning the East Division crown — has ended with a flurry of headlines focused around departures. Head coach Jamey Chadwell accepted a job at Liberty, star quarterback Grayson McCall has entered his name in the transfer portal and one of the best players on the defense, bandit linebacker Josiah Stewart, already jumped in the portal and committed to Michigan. McCall remains listed as the starting quarterback and is expected to play in the bowl game despite being in the portal. McCall could choose to return to Coastal (as many players in the portal do), and doing so would be a huge boost for new head coach Tim Beck, who most recently was the offensive coordinator at NC State. ECU, on the other hand, is looking for an opportunity that was lost last season when its Military Bowl appearance in 2021 was canceled because of COVID issues at Boston College. After a rocky start to his tenure, Houston has gone 7-5 in each of the last two regular seasons, and the Birmingham Bowl provides the opportunity for the Pirates to finally play in a bowl game for the first time since 2015 and attempt to win a bowl game for the first time since 2013.

Coastal Carolina vs. ECU: Need to knowGrayson McCall made Sun Belt history in 2022: When McCall was named the Sun Belt Player of the Year, he became the first player in the history of Sun Belt football to be named conference player of the year three times. The award, which is voted on by the league’s head coaches and media members, has seen three other two-time winners since the Sun Belt started sponsoring football in 2001, but the league’s history has not seen an era quite like McCall’s run with the Chanticleers. McCall threw for 26 touchdowns to just three interceptions in 2020, had 27 touchdowns to just three interceptions in 2021 and entering the Birmingham Bowl he has 24 touchdowns to just two interceptions on the season.  Chanticleers among winningest FBS teams in last three seasons: Since the start of 2020, Coastal Carolina carries a 31-6 record overall, and the Birmingham Bowl presents an opportunity for the program to record its third straight 10-win season. The Chanticleers’ program is only 20 years old and has only been at the FBS level since 2016, but that 31-win count has Coastal Carolina tied for the third-most wins since 2020 with Cincinnati, trailing only Georgia (35) and Alabama (36).  ECU has its own record-breaking quarterback: While there will be plenty of focus on Grayson McCall, there is a history-making quarterback on ECU’s side as well with Holton Ahlers. A Greenville, North Carolina, native, Ahlers has been one of the most productive players in program history and is closing in on making AAC history as well in the bowl game. Ahlers has already claimed the school career records for passing yards (13,627), total yards (15,025), touchdown passes (92), touchdowns responsible for (116) as well as completions (1,101) and attempts (1,819); those numbers for passing yards, attempts, completions and total yards are also No. 1 in the AAC record books as well. One stat to keep an eye on in the bowl game will be his 116 touchdowns responsible for, as any passing or rushing touchdown would bring him in a tie with former Cincinnati quarterback Desmond Ridder for the conference record, and any two touchdowns would give him the touchdown crown in the conference record book.

While ECU has plenty of motivation looking for its first bowl win under Houston and lacks the kind of transfer portal-related distractions, this is still too many points for a game that should be fun and competitive. Coastal might be have an interim coach and a team in transition, but there’s enough North Carolina/South Carolina/Georgia crossover on these rosters to think there’s some familiarity. Once pads get popping, there will be some pride on the line. Prediction: Coastal Carolina +7.5Which college football picks can you make with confidence during bowl season, and which underdogs will win outright? Visit SportsLine to see which teams will win and cover the spread — all from a proven computer model that has returned almost $2,500 in profit over the past six-plus seasons — and find out.