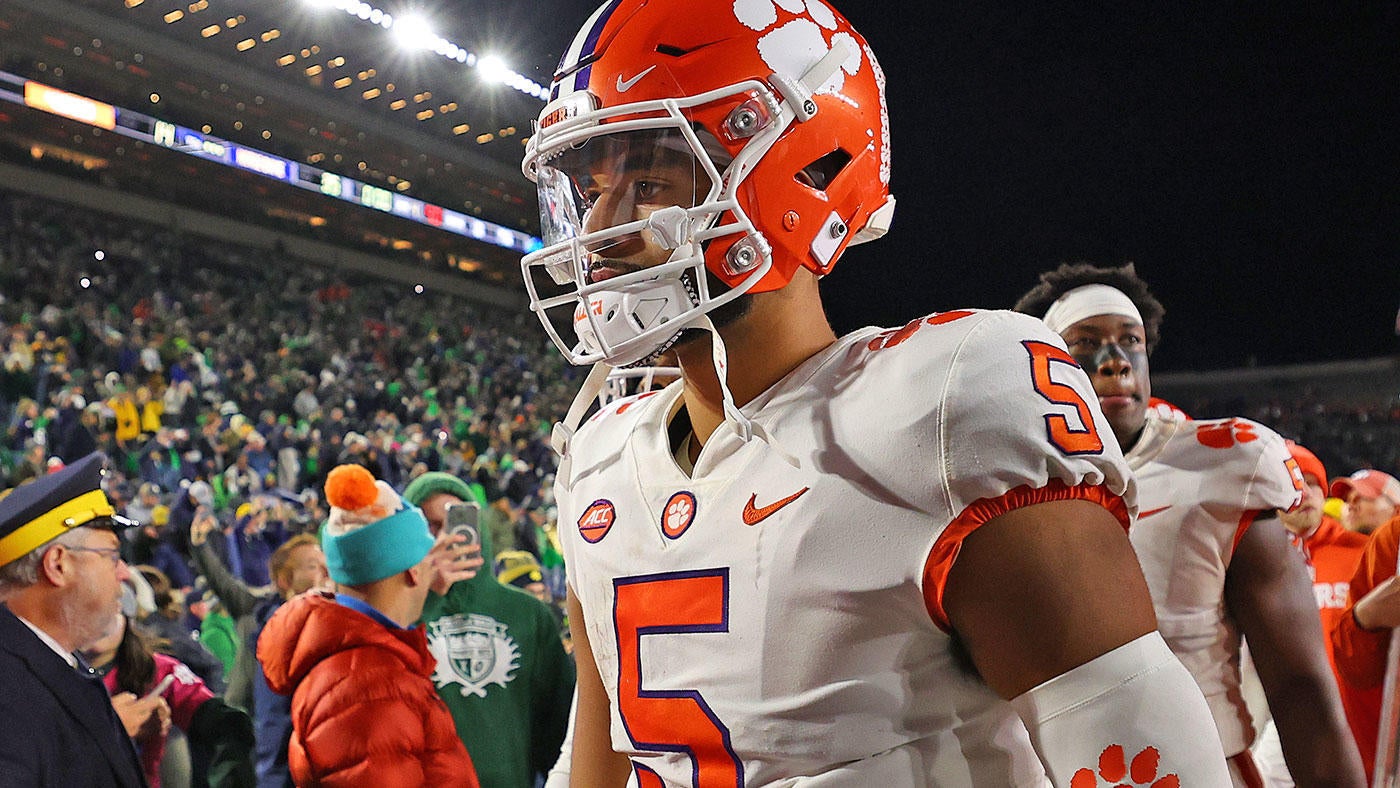 DJ Uiagalelei is turning in the orange and purple of Clemson for the orange and black of Oregon State. Uiagalelei on Saturday committed to join the Beavers out of the transfer portal for the 2023 season after a career that did not go as expected with the Tigers.Uiagalelei, a five-star prospect in the Class of 2020, was benched for Cade Klubnik during Clemson’s ACC Championship Game victory over North Carolina. He entered the transfer portal two days later. This after Uiagalelei was pulled during a number of games throughout the season as Clemson’s offense consistently struggled to find its footing.There had been speculation that Uiagalelei would transfer to UCLA, Washington or Oregon late in the season, but Washington and Oregon saw Michael Penix Jr. and Bo Nix return for 2023, and Kent State’s Collin Schlee transferred to UCLA. There was even some speculation — including a 247Sports Crystal Ball prediction earlier in the week — that Uiagalelei would end up at Hawaii.Instead, it’s another Pac-12 program that will look to help the former five-star prospect live up to his potential. Uiagalelei’s decision will come just days after his brother, five-star 2023 EDGE Matayo Uiagalelei, committed to rival Oregon on National Signing Day.

Best move for all partiesThe No. 10 player in the 2020 class, Uiagalelei was expected to be the next superstar QB for Clemson, following in the footsteps of Deshaun Watson and Trevor Lawrence. He did not live up to the hype. Through two seasons with the Tigers as a starter, DJU struggled to find consistency as a passer. He completed only 59.8% of his passes for 6.6 yards per attempt, and he finished the 2021 season with more interceptions (10) than passing touchdowns (nine). While he rebounded in 2022 with 22 touchdowns and only seven interceptions, the speculation of possibly being replaced by Klubnik in 2023 seemed to weigh on him late in the season. He completed only 10 of 34 attempts over his final two games.Now, Uiagalelei gets a fresh start in the Pac-12 with the Beavers. He’ll be playing in the same state as another transfer quarterback who needed a fresh start out West and found one in Bo Nix out of Auburn. Meanwhile, Clemson can move on to Klubnik. Many Clemson fans will argue that Dabo Swinney waited too long to make the move, and it’s possible that if Uiagalelei had returned in 2023, he’d still be the starter and the Tigers would’ve risked losing Klubnik to the transfer portal.DJU is an upgrade for Oregon StateWhile Uiagalelei is unlikely to ever live up to the hype surrounding him out of high school, it’s not as if he isn’t a talented player. Now he’ll be playing in an offense under Jonathan Smith that, frankly, is better equipped to take advantage of his talents. While Uiagalelei did himself no favors at Clemson, the Tigers’ scheme deserved a considerable share of the blame, too.

At Oregon State, Uiagalelei joins a team that went 10-3 this season despite losing starting QB Chance Nolan to an injury five games into the season. Nolan was replaced by Ben Gulbranson, who performed admirably but was not a difference-maker Uiagalelei could be.Pac-12 is deep at QB leagueNow, plenty of people — myself included — were saying the same thing about the ACC in 2022, and we saw how that worked out for Uiagalelei, Clemson and the conference as a whole. Still, the Pac-12 will have reigning Heisman Trophy winner Caleb Williams back next season. Nix is back at Oregon, and Penix is at Washington. Schlee isn’t a household name, but he put up big numbers at Kent State, and the Bruins also have a five-star freshman in Dante Moore coming to Brentwood.Add Uiagalelei to the mix — with Cam Ward at Washington State, Jayden de Laura at Arizona, Drew Pyne at Arizona State and Sheduer Sanders at Colorado — and the Pac-12 looks to have some considerable QB depth.