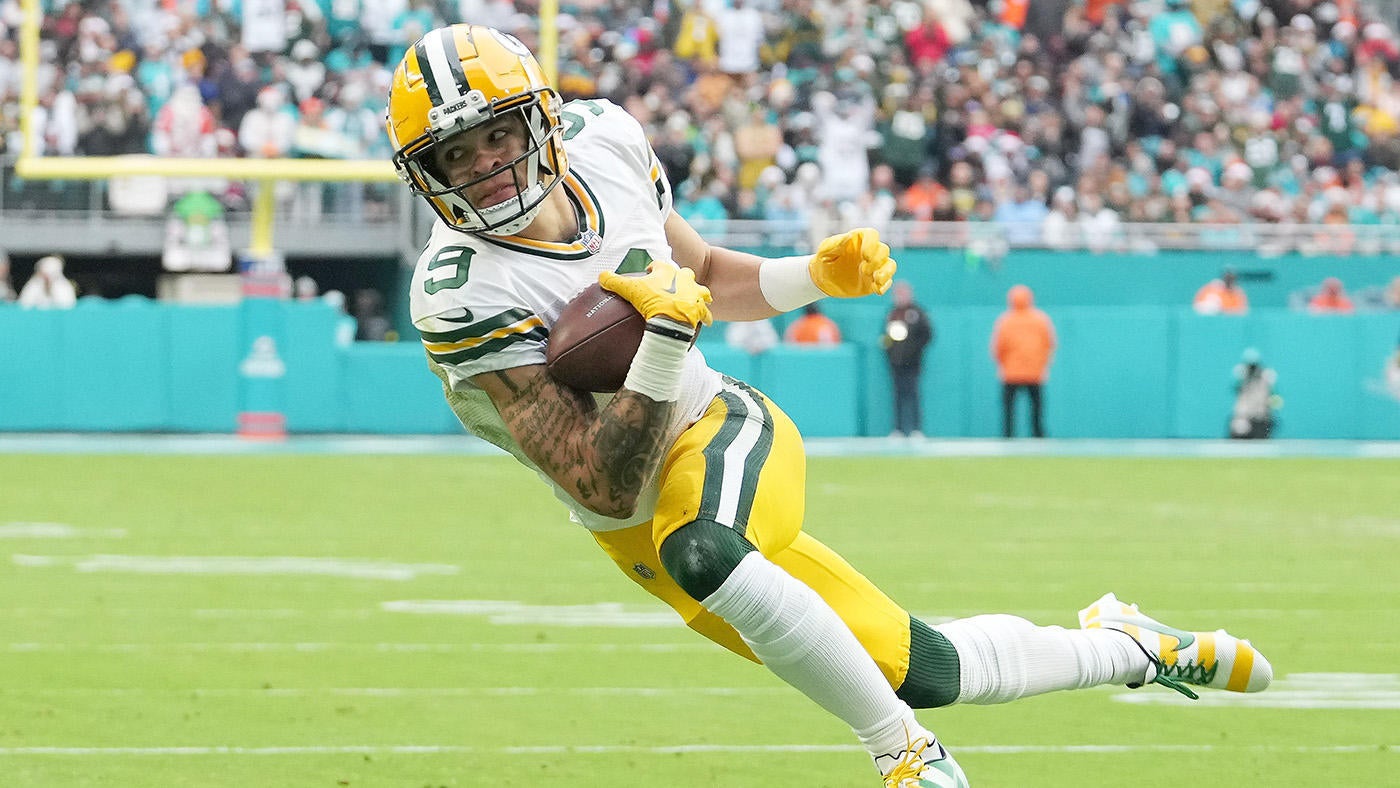 The Green Bay Packers pulled out a 26-20 win over the Miami Dolphins on Christmas Day, and did so with rookie wide receiver Christian Watson sidelined for the entire second half with a hip injury. The Packers initially ruled Watson as questionable following his injury and downgraded him to out in the third quarter. After the game, Watson told Packers beat writer Ryan Wood he isn’t concerned with the injury. “I’ll be all right,” he said.
Before he left the game, Watson had six receptions for 49 yards, averaging 8.2 yards per catch. Watson has emerged as the No. 1 receiving option this year on an offense that desperately needed one. This season, he has 29 receptions for 447 yards with seven receiving touchdowns. Eight of his nine touchdowns from scrimmage have come since Week 10, leading the NFL in that span. His second rushing touchdown of the season was a 46-yarder on a wide receiver reverse that sealed a 28-19 win at the Chicago Bears in Week 13.

Watson was drafted in the 2022 NFL Draft with the No. 34 overall pick in the second round. The 23-year-old attended North Dakota State.