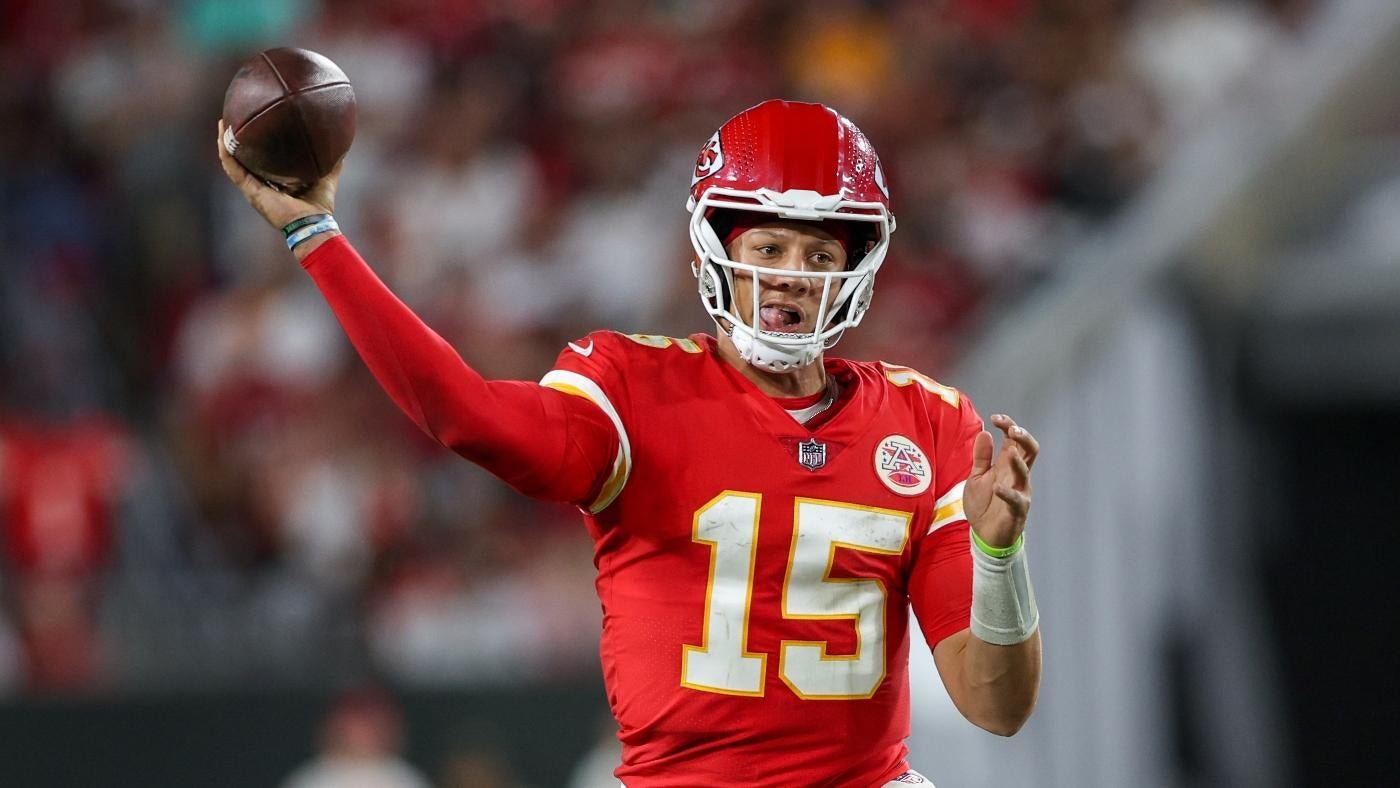 Patrick Mahomes and the Kansas City Chiefs (11-3) look to keep pace in the race for the top seed in the AFC playoffs when they host Geno Smith and the Seattle Seahawks (7-7) on Saturday at GEHA Field at Arrowhead Stadium. Weather is expected to be a major factor in this matchup with heavy winds and sub-zero temperatures in the forecast. The Seahawks are looking to bounce back from a 21-13 loss to the San Francisco 49ers on Thursday Night Football, while the Chiefs narrowly escaped with a 30-24 overtime win over the Houston Texans in Week 15. Seattle is 6-8 and Kansas City is 4-9-1 against the spread in 2022.Kickoff is at 1 p.m. ET. Kansas City is favored by 10 points in the latest Chiefs vs. Seahawks odds from Caesars Sportsbook, and the over/under is set at 50.5. Before making any Seahawks vs. Chiefs picks, you’ll want to see the NFL predictions and betting advice from the proven computer model at SportsLine. The model, which simulates every NFL game 10,000 times, is up more than $7,000 for $100 players on top-rated NFL picks since its inception. The model enters Week 16 of the 2022 NFL season on an incredible 157-113 run on top-rated NFL picks that dates back to the 2017 season. The model ranked in the top 10 on NFLPickWatch four of the past six years on straight-up NFL picks and beat more than 94% of CBS Sports Football Pick’em players four times during that span. Anyone who has followed it is way up.Now, the model has set its sights on Chiefs vs. Seahawks and just locked in its picks and NFL Week 16 predictions. You can head to SportsLine now to see the model’s picks. Here are several NFL odds and betting lines for Chiefs vs. Seahawks:Chiefs vs. Seahawks spread: Chiefs -10Chiefs vs. Seahawks over/under: 50.5 pointsChiefs vs. Seahawks money line: Kansas City -480, Seattle +360Chiefs vs. Seahawks picks: See picks here

What you need to know about the ChiefsThe Chiefs have already clinched the AFC West, their seventh consecutive division title, and they still have a chance at landing the No. 1 seed in the AFC playoff bracket, but will need some help, and they can’t afford another loss. The betting lines would suggest that this should be a comfortable win for Kansas City, but with the weather expected to be ugly, anything can happen.The weather may force the Chiefs to rely on their rushing attack more than they typically would against the Seahawks, which could mean rookie running back Isiah Pacheco is in store for a heavy workload. The seventh round pick out of Rutgers has emerged as the lead back in Kansas City’s offense, and has totaled 480 rushing yards with two touchdowns on 95 carries in the teams last six games. What you need to know about the Seahawks Meanwhile, Seattle came up short against the San Francisco 49ers last Thursday, falling 21-13. Seattle was their own worst enemy and cost themselves 94 yards in penalties. No one had a standout game offensively for the Seahawks, but they got one touchdown from QB Geno Smith. Smith ended up with a quarterback rating of 90.9.Seattle has experienced some struggles of their own as they are second worst in the NFL in rushing yards allowed per game, with 161.1 on average, which could be problematic with the emergence of Chiefs rookie running back Isiah Pacheco. Still, Seattle’s potent passing attack should be strong enough to keep this game close. Smith is having a career year completing 71.4% of his pass attempts for 3,671 yards, 26 touchdowns, and eight interceptions for a quarterback rating of 105.3. Running back Kenneth Walker III (ankle), tight end Noah Fant (knee) and running back Deejay Dallas (ankle) are all questionable. Receiver Tyler Lockett (hand) is out. How to make Seahawks vs. Chiefs picksThe model has simulated Chiefs vs. Seahawks 10,000 times and the results are in. We can tell you that the model is leaning Over the point total, and it also says one side of the spread has all the value. You can only see the model’s pick at SportsLine.So who wins Chiefs vs. Seahawks? And which side of the spread has all the value? Visit SportsLine now to see which side of the Seahawks vs. Chiefs spread you need to jump on Saturday, all from the model that has crushed its NFL picks, and find out.