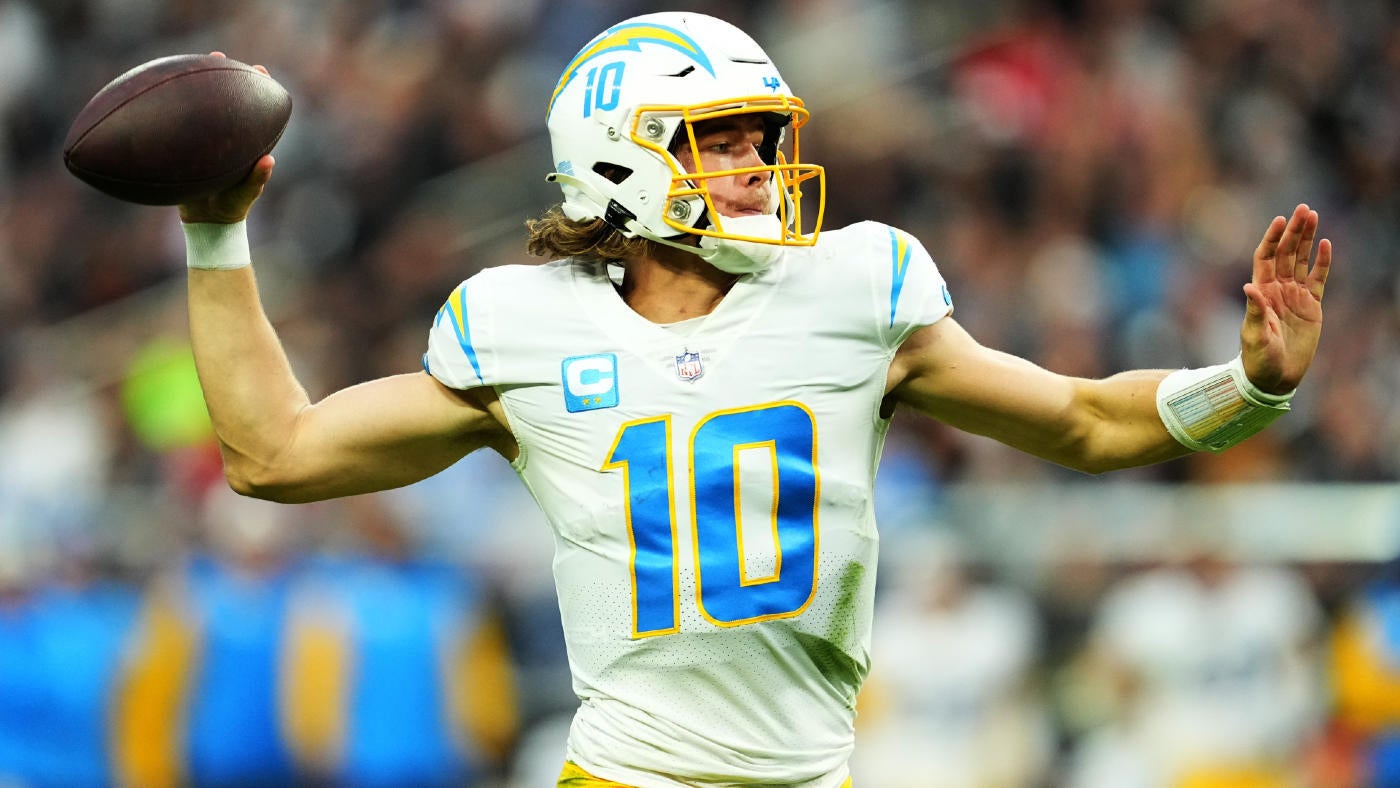 The Los Angeles Chargers and Indianapolis Colts will finish up Week 16 in the NFL when these two AFC clubs go toe-to-toe on “Monday Night Football” at Lucas Oil Stadium. These two teams are moving in entirely different directions as the regular season reaches its final turn. For the Colts, they are already eliminated from playoff contention and are trotting out Nick Foles to start this game, triggering yet another quarterback change. This is the second time this season that Matt Ryan has been benched and interim head coach Jeff Saturday noted that the plan is for Foles to start the rest of the way. As for the Chargers, they have much higher aspirations than simply playing out the string and could clinch their first playoff berth since 2018 with a win on Monday night. With that in mind, this game does have the power to impact the overall playoff picture in the AFC. Here, we’ll specifically be looking at the different betting angles that this game has to offer. Along with the spread and total, we’ll also take a look at several player props and hand in our picks for how we see this showdown unfolding. All NFL odds via Caesars Sportsbook. How to watchDate: Monday, Dec. 26 | Time: 8:15 p.m. ETLocation: Lucas Oil Stadium (Indianapolis)TV: ESPN | Stream: fuboTV (try for free)Follow: CBS Sports AppOdds: Chargers -4, O/U 45.5

The Chargers opened as a 3-point favorite over Indy on the lookahead line and started to swing even more into L.A.’s favor as the game drew closer. Coming out of Week 15, the Chargers moved out to as a 4-point favorite and it ticked up a half-point following the news that Nick Foles would be starting for the Colts. However, it has since come down and settled at Chargers -4 as of Monday morning. The pick: Chargers -4. This is admittedly not the strongest way to attack this game. While L.A. should win, they have been unable to blow teams out of the water despite having Justin Herbert under center. Each of their last seven games has been determined by seven points or fewer. That said, I do think this could be an instance where they buck that trend; not only is Indy in the midst of a shakeup at quarterback and won’t have star running back Jonathan Taylor (injured reserve), but the Chargers have performed well as a road favorite this season, owning a 3-1 ATS record. With a chance to punch their ticket to the playoffs on the line, we should see a supremely focused L.A. team on Monday night that wins by a touchdown. Key trend: Chargers are 5-2 ATS in their last seven road games. Over/Under totalThe total for this matchup has been a little more volatile since opening at 48 on the lookahead and that likely has to do with the headlines the Colts were making over that stretch. After falling to 47, it jumped up to 50.5 during the first half of Indianapolis’ game against Minnesota when they went up 33-0 before blowing the lead in the second half. By Sunday night, it was back down to 47.5 and continued to fall as the week unfolded. It dropped to 46 on Wednesday — the day Foles was announced as the starter — and ticked down a half point since then and currently sits at 45.5.

The pick: Under 45.5. The Chargers defense comes into this game on an upswing as they’ve won two straight. The unit is allowing just 15.5 points per game and 4.8 yards per play, which are significantly lower than what we saw in the first 13 weeks. With that defense starting to click and the Colts currently in a state of flux offensively, we could see L.A. again keep the opposition at 17 points or fewer like they’ve done the last two weeks. Meanwhile, the Colts defense is also a solid group, ranking 11th in DVOA coming into Week 16, so they should give Justin Herbert some fits as well. Key trend: Under is 5-2 in the Chargers last seven games overall.Props

Player props to considerZack Moss total rushing attempts: Over 13.5 (-133). Jeff Saturday noted that the Colts will roll with a rotation out of the backfield in the wake of Jonathan Taylor landing on IR. Moss will certainly factor into that rotation and is coming off a game in Week 15 where he carried the ball a career-high 24 times. With Foles under center, Indy could look to try and win this game on the ground, especially with the Chargers allowing 5.3 rushing yards per attempt (second worst in the NFL). Austin Ekeler total receiving yards: Over 35.5 (-135). Ekeler has averaged 7.7 targets over his last six games, so he’s a heavily involved figure in the passing game and should have plenty of opportunity to go over this number. He’s done so in four of his last six games and is averaging 42.3 receiving yards per game over that stretch.