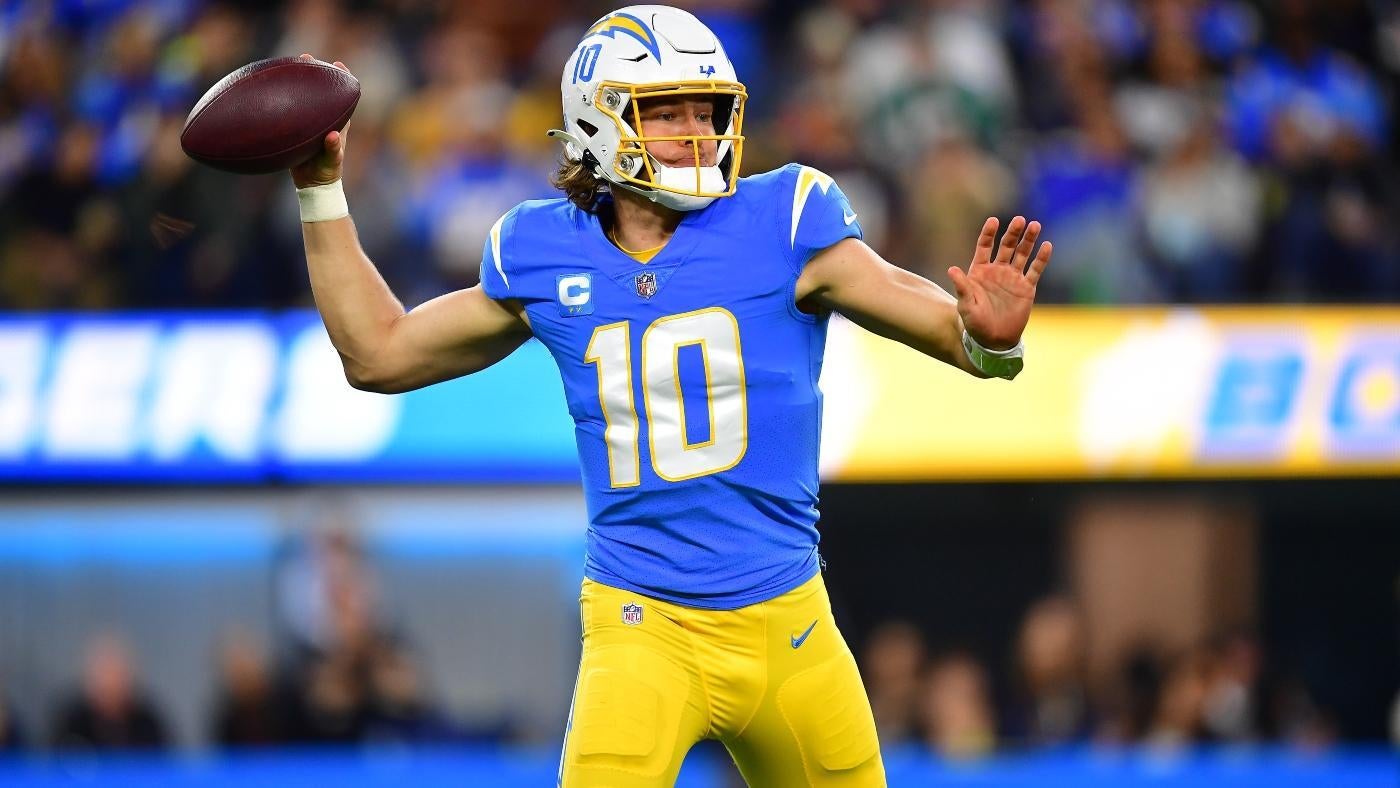 The Indianapolis Colts will start their third quarterback of the season on Monday Night Football as they host the Los Angeles Chargers at 8:15 p.m. ET. Indy is turning to veteran Nick Foles, who will try to ignite a stagnant offense devoid of playmakers. The same can’t be said of LA which boasts Justin Herbert, Austin Ekeler, Keenan Allen and other top-flight options in the NFL DFS player pool. The MNF DFS lineups for Chargers vs. Colts will likely be LA-heavy, but there may be undervalued options taking the field for Indy. With the Colts now out of playoff contention, they could give rookie wideout Alec Pierce more playing time. He had a 4-86-1 receiving line in Week 13 and could be a nice complement to the higher-priced Chargers players. Before making any NFL DFS picks for Colts vs. Chargers on Monday Night Football on sites like DraftKings and FanDuel, be sure to check out the NFL DFS advice and strategy from SportsLine daily Fantasy expert Mike McClure.McClure is a legendary professional DFS player with over $2 million in career winnings. His methodology has led to enormous cashes on FanDuel and DraftKings. He took down two high-stakes tournaments on FanDuel in 2020 and recorded a pair of top-10 finishes in tournaments with over 130,000 entrants on DraftKings. His lineups also finished inside the top 1% in more than a dozen other tournaments.He uses a powerful prediction model that simulates every snap of NFL action, taking factors such as matchups, statistical trends and injuries into account. This allows him to find the best DFS values that he shares only with members at SportsLine.

This year, he’s already won the DraftKings Millionaire Maker twice and the FanDuel Million once. Now, McClure has turned his attention to Monday Night Football and locked in his top daily Fantasy football picks. You can only see his picks and analysis at SportsLine.Top NFL DFS picks for Monday Night FootballOne of McClure’s top NFL DFS picks for Monday Night Football is Herbert. The third-year pro had his third straight 300-yard passing game last week, also eclipsing 4,000 passing yards on the season in the process. Herbert is now the only player in NFL history with 4,000 passing yards in each of his first three seasons.One only has to look at last week’s collapse by Indy to see what a Pro Bowl-caliber QB can do to the Colts. Minnesota overcame a 33-point deficit thanks, in part, to Kirk Cousins shredding Indianapolis for 460 yards and four scores — both career highs. Just the week prior, Dak Prescott had three passing touchdowns versus the Colts. Given Indy’s recent struggles, combined with Herbert’s current surge, you can see why McClure is high on him for MNF DFS lineups.

Part of McClure’s optimal NFL DFS strategy also includes rostering Colts running back Zack Moss. The former Bill matched a career-high with 81 rushing yards last week in relief of an injured Jonathan Taylor (ankle). Taylor has since been placed on IR, thus ending his season, so Moss will be the lead back in Buffalo starting on Monday night.Moss gets to face one of the most Fantasy-friendly defenses to opposing running backs as Los Angeles is allowing 5.3 yards per carry which is the second-most in the NFL. Four of the last five starting RBs that LA has faced have gone over 100 rushing yards. Indy has had more rushing attempts than pass completions in every game since Jeff Saturday took over as coach, and this run-heavy attack bodes well for Moss’ NFL DFS value. You can see the rest of McClure’s NFL DFS advice here.How to make NFL DFS lineups for Chargers vs. ColtsMcClure is also targeting another undervalued player who could explode for huge numbers on Monday Night Football. This pick could be the difference between winning your tournaments and cash games or going home with nothing. You can only see who it is, and the rest of McClure’s NFL DFS picks, at SportsLine.

Who is Mike McClure including in his optimal NFL DFS lineups? And which under-the-radar player is a must-roster? Visit SportsLine now to see optimal NFL DFS picks, rankings, advice, and stacks, all from a DFS expert who has won over $2 million with his daily Fantasy picks, and find out.