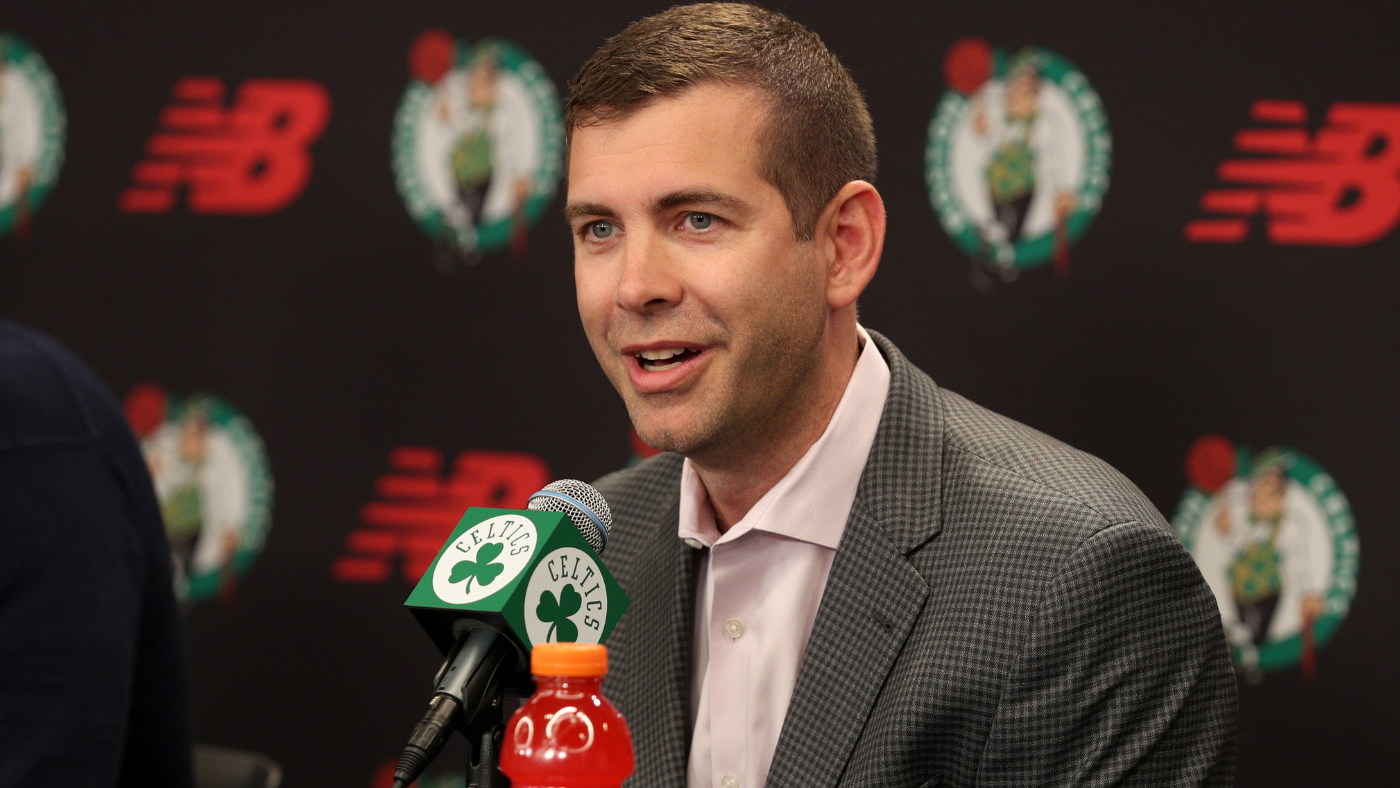 BOSTON — For the first time since his press conference to address to the Ime Udoka situation on Sept. 23, Boston Celtics president of basketball operations Brad Stevens spoke to the media on Friday following the team’s shootaround. In a wide-ranging conversation that lasted nearly 15 minutes, Stevens gave a (non) update on Joe Mazzulla’s title, praised the coach’s performance this season, acknowledged that the team will explore trades if necessary and shared his thoughts on why they’ve struggled in recent weeks. Here are some key takeaways from his comments:No change on Mazzulla’s titleMazzulla was named interim head coach back in September, and he’s retained that title ever since. Given how well the team has played in the first few months of the season, all signs point to him retaining the job after this season. To this point, however, the team has not made anything official — though Stevens acknowledged that Mazzulla is running the show like the full-time head coach. “We haven’t really even talked about it recently,” Stevens said. “The focus has been on how to make this team and staff and give everything we need to make sure we’re as good as we can be. He’s running the show. The title is the title, and we’ll have updates at a later date on all that other stuff. He’s doing a good job. He’s running it like the head coach runs it.”

Mazzulla’s first few months have been ‘really good’Stevens had nothing but praise for Mazzulla after his first few months on the job — save for perhaps being “too open at times” to new ideas. The 34-year-old Mazzulla, whose only previous head coaching experience was at Division II Fairmount State, was thrust into the job after Udoka was suspended for the season. A blistering 21-5 start helped settle the nerves and also earned Mazzulla the Eastern Conference Coach of the Month award for games played in October and November. “[Mazzulla’s performance has] been really good,” Stevens said. “Every 20 games you coach in the NBA you’re getting better and better and better. Looking at where we started in training camp, the leadership, the organization, the way that everybody embraced him and he embraces everyone else… But he’s been great and his staff has been great.”

Stevens also discussed the two’s relationship and how he’s helping Mazzulla navigate the new role and responsibilities given his own experience as a head coach. While Stevens said they talk “every day” just like any other coach and front office executive, he noted that he’s trying to remain hands off on the day-to-day responsibilities. “I’m not in every meeting, I’m not in the film sessions,” Stevens said. “I’m at most practices, but not every practice. I’m doing college scouting too and all that stuff. I watch the game with a close eye but I also understand that if you have a million voices coming at you, it’s hard… I hope he looks at it as small observations and support. That’s what I’m here to do.”Furthermore, Stevens offered some support to Mazzulla given the recent downturn in form.

“Coaching in any league or level is hard, but coaching in the NBA with 82 games and the inevitable ups and downs is a really challenging job,” Stevens said. “I want him to know, I want our staff to know that I get it. I’ve lived it. When you have a three game blip where we haven’t played well or a two week deal where we haven’t played very well. I’ve seen a lot of good to great teams do that. The key is how do you respond to that and how do you as a staff maintain the right approach as you make small tweaks and fix it.”‘Need to play out of’ recent rutAfter their 21-5 start, punctuated by a dominant 125-98 road win over the Phoenix Suns, the Celtics have hit a rough patch. They’ve lost their last three games, all to the Orlando Magic and Indiana Pacers, and five of their last six overall. As a result they have dropped a half-game behind the Milwaukee Bucks in the race for both the best record in the league and first place in the Eastern Conference. Poor outside shooting has been a big part of the problem. In October and November, the Celtics shot 42.3 percent on open and wide-open 3s (35.2 attempts per game). Over the last six games, they are shooting 28.6 percent on open and wide-open 3s (37.3 per game). The good news is they’re still creating plenty of open looks, they just have to knock them down. While they may not be able to sustain their early season numbers, they likely won’t continue to shoot this poorly either.

Stevens, though, said “the easiest thing in the world to do is point to shooting variance,” and doesn’t view that as the sole reason for the defeats. On the offensive side of the ball he wants the team to find a way to “generate easier shots” and get “another layup a half.” Over the last six games, the Celtics are only getting 19.2 shots per game in the restricted area, which ranks 28th in the league, and is down from 24.2 attempts prior to this stretch. You might be able to survive poor outside shooting or poor interior offense, but you can’t survive both. Overall, the Celtics are scoring just 102.3 points per 100 possessions, which is the worst offensive rating in the league by some margin, during this poor stretch of play. That’s after boasting an offense that was on a historic pace through the first few weeks. Defensively, Stevens said they’ve “done a better job” in recent weeks, and is encouraged by how they’ve added “quite a bit of options from a coverage standpoint.” He said increasing their versatility on that side of the ball may come with some growing pains but will be beneficial later in the season. At the same time, he noted that there have been stretches or even entire halves, such as the first half in the loss to the Pacers, where things have been too easy for opponents. “We’re at our best, Stevens said, “when we’re really locked in and impactive into the ball on defense.”

Despite how things have gone recently, Stevens still has belief in both the coaching staff and the players, and sees this as a blip rather than any serious problem. “From my perspective, the last two weeks we look like we’re in a little bit of a rut,” Stevens said. “We just need to play ourselves out of that.”Willing to make trades if necessaryThe Celtics have one of the deepest and most complete rosters in the league, but Stevens did not hesitate to say that they would “for sure” consider trades if necessary.

“Listen, we want to win, there’s no question about it,” Stevens said. “We have a really good team and hopefully we are playing great over the next couple months, but we’ll evaluate that and make decisions that, right or wrong, we think may give us the best chance to win.”In his short time in the front office, Stevens has shown a willingness to be aggressive. He made two trades at the deadline last season to acquire Derrick White and Daniel Theis, and then flipped Theis in the deal that brought Malcolm Brogdon to Boston in the summer. He also has the full support of the Celtics’ ownership group, who have given him the “green light to spend.” The Celtics owe their 2023 first-round pick to the Pacers via the Brogdon trade, and gave the San Antonio Spurs swap rights to their 2028 first-round pick in the White deal. Other than that, however, they own all their future firsts, and still have some trade exceptions to use. It’s hard to imagine them making any blockbuster trade unless things really go south, but it’s a good bet that they will look to add some depth on the wing and in the frontcourt via the trade market.