Cardinals’ J.J. Watt hints he will retire after 2022 NFL season: ‘It’s been an absolute honor’ 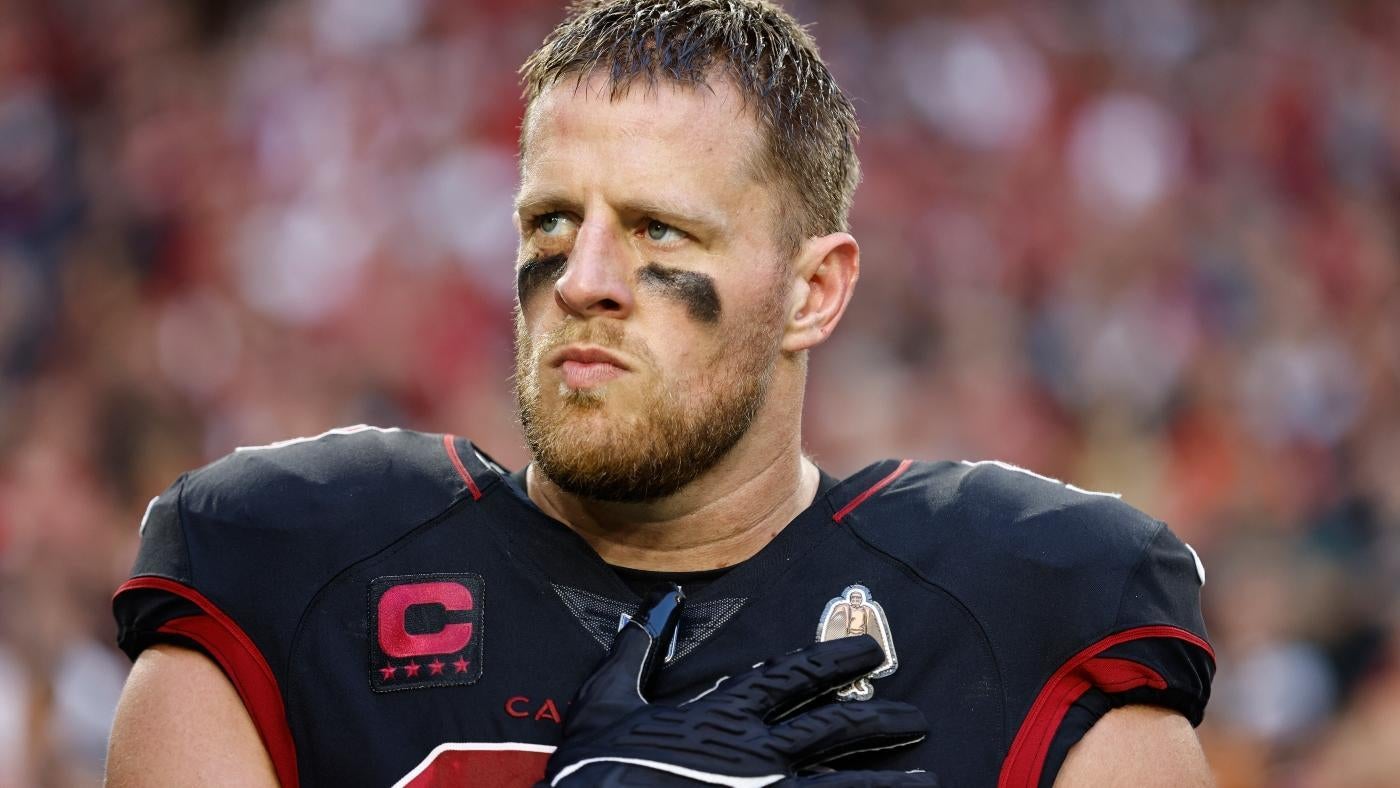 J.J. Watt is playing some of his best football in recent memory, leading the Cardinals with 9.5 sacks in his 12th NFL season. He’s also playing some of his last football. Two days after Arizona’s overtime loss to the Buccaneers on Christmas night, the star defensive lineman hinted on Twitter that he will retire at the end of the season.Watt, 33, shared a picture of he and his wife, Kealia, and their infant son, Koa, at State Farm Stadium from Monday’s game. Its caption indirectly announced the retirement: “Koa’s first-ever NFL game. My last ever NFL home game. My heart is filled with nothing but love and gratitude. It’s been an absolute honor and a pleasure.”
The Cardinals still have two games left on their schedule, both of them road matchups: at the Falcons, then at the 49ers. Watt has played an instrumental part in Arizona’s defense this year, logging his highest sack and quarterback hit totals since 2018, when he received Comeback Player of the Year votes as an All-Pro pass rusher for the Texans. Earlier this season, he also overcame atrial fibrillation, an irregular heartbeat that required his heart to be shocked back into rhythm.Watt, who spent the first 10 years of his career in Houston, will leave the game as one of the defining defensive players of his time. Injuries have plagued him during the second half of his career, forcing him to miss at least half a season four different times. When healthy, however, he’s been one of the steadiest forces off the edge and along the line; his 111.5 career sacks rank 26th all-time. Twice he led the NFL in sacks, eclipsing 20 takedowns on two different occasions, earning three Defensive Player of the Year awards (2012, 2014, 2015), seven All-Pro nods and five Pro Bowl selections.

Watt has also been one of the NFL’s most recognizable faces in the community, winning the 2017 Walter Payton Man of the Year Award for helping raise tens of millions in relief following Hurricane Harvey.