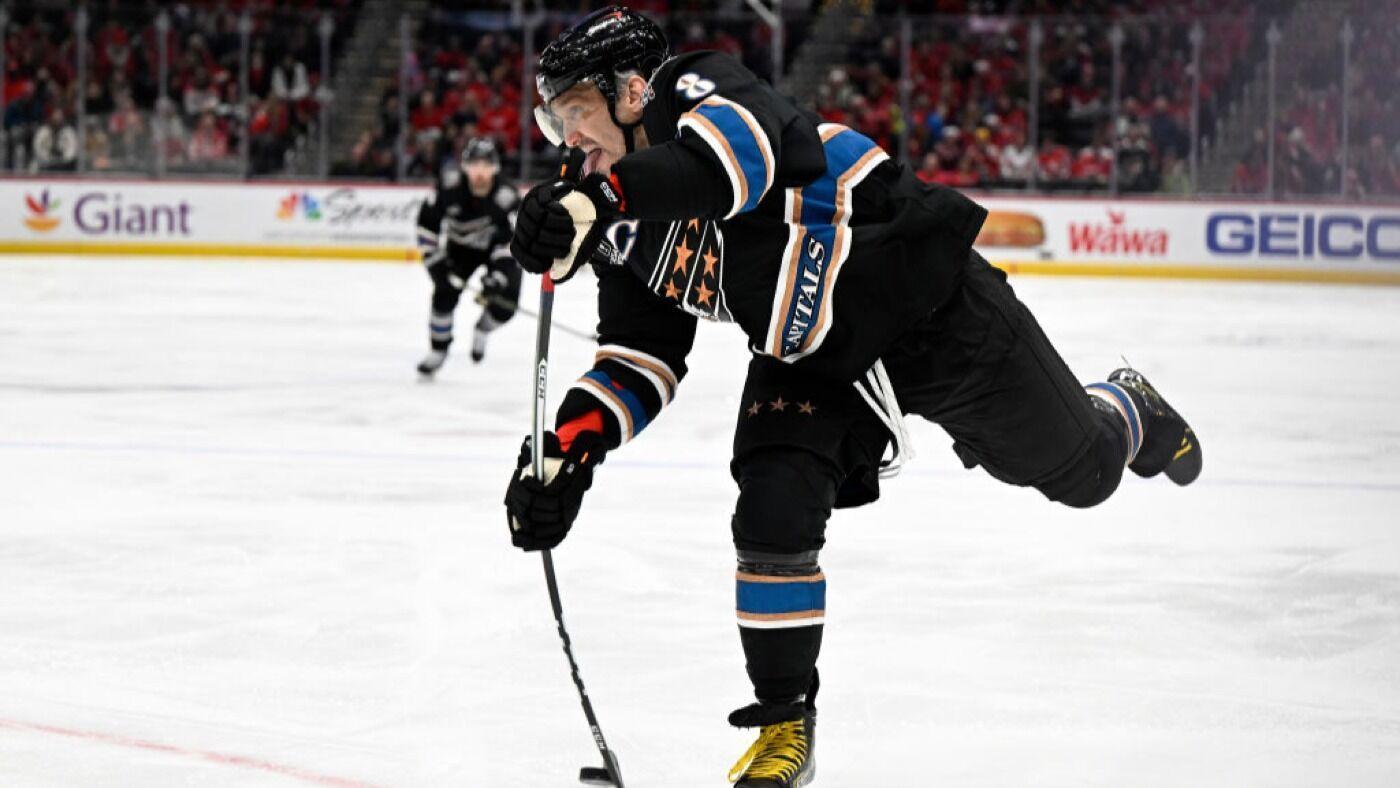 Alex Ovechkin went from trailing Mr. Hockey on the NHL’s all-time goals list to passing him the same night. Ovechkin scored his 801st and 802nd career goals against the Winnipeg Jets on Friday, pulling him ahead of the legendary Gordie Howe for second all-time.The historic night began late in the first period, when Dylan Strome put Ovechkin in position to fire a slap shot past Jets goaltender David Rittich. Ovechkin’s first goal of the night came at 18:22 of the opening period and helped the Capitals build a lead they would never relinquish.
Through much of the following two periods it looked as if Ovechkin would have nothing more than the tie for at least one more game. But with exactly a minute remaining and his team up 3-1, Ovechkin sent a shot to the back of the Jets’ empty net to both secure a win and his position as No. 2 on the all-time goals list.

Back on Dec. 13, Ovechkin became just the third player in league history, along with Howe and Wayne Gretzky, to score 800 goals. Ovechkin came into that game against the Chicago Blackhawks sitting on 797 career goals, and he scored a hat trick to hit the historic milestone.The No. 1 overall pick in the 2004 NHL Draft, Ovechkin has been terrorizing opposing goaltenders since his rookie season in 2005-06. That year, he won the Calder Trophy with 52 goals — and he hasn’t slowed down since. On his way to establishing himself as one of the greatest goal-scorers in hockey history, Ovechkin has won the Rocket Richard Trophy as the league’s leading scorer nine times.

With Ovechkin having passed Howe, his next goal is leapfrogging the NHL’s all-time leader in goals, Wayne Gretzky. That will be a difficult task, though. Gretzky scored 894 goals in his career, which gives him more than 90 goals worth of cushion as Ovechkin continues his chase.