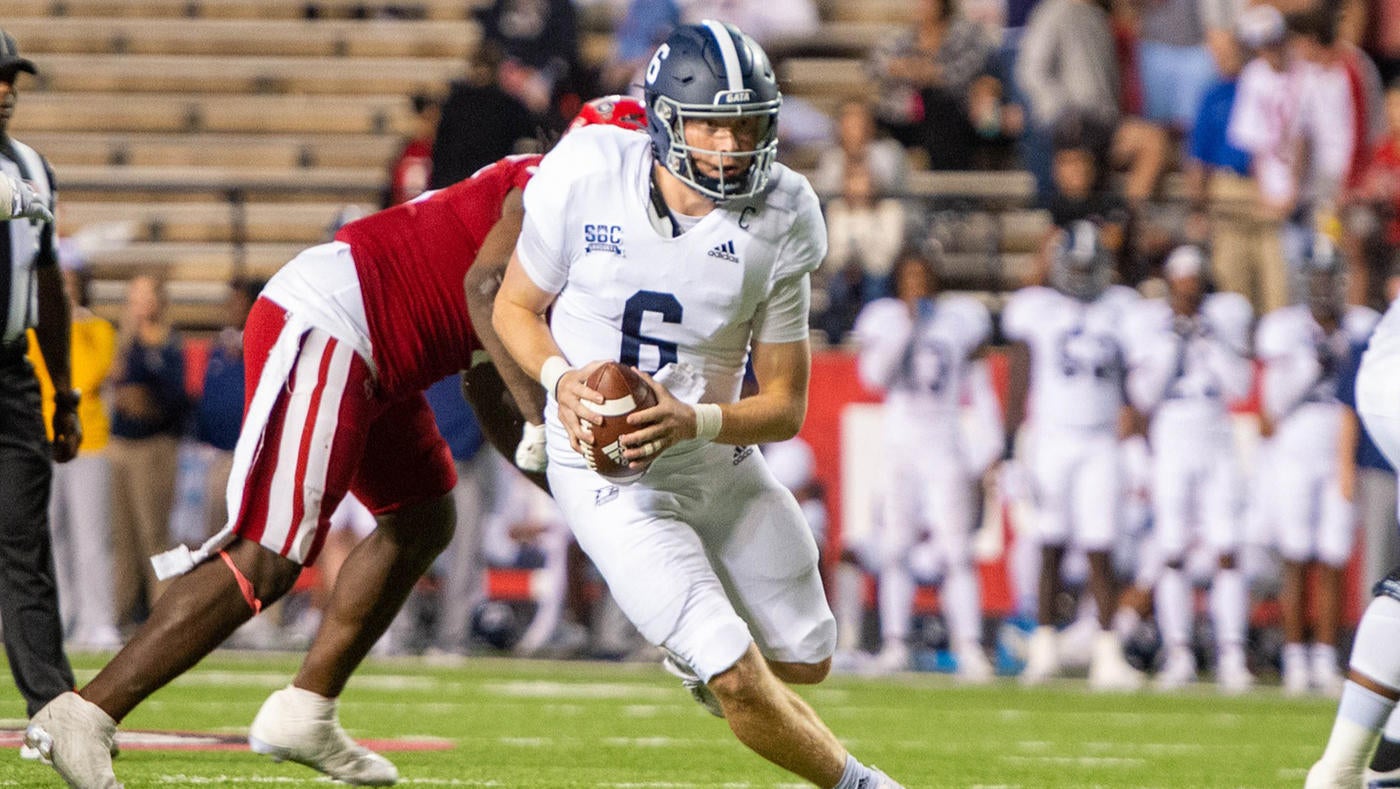 After missing out on bowl games last season, Buffalo and Georgia Southern are back in the postseason and preparing to square off in the Camellia Bowl on Tuesday. Both teams won close games in the final week of the regular season to reach bowl eligibility and will be looking to build on recent track records of success in bowl action.Buffalo won bowl games in 2019 and 2020 — its first two bowl victories in program history — under now-Kansas coach Lance Leipold and can make it three bowl victories in four years as second-year coach Maurice Linguist looks for his first bowl win.Georgia Southern made a splash this season under first-year coach Clay Helton. The former USC coach guided the Eagles to wins at Nebraska and over James Madison when the Dukes were ranked in the AP Top 25. Though an 0-3 start to November derailed some of the program’s momentum, it was still a good bounce-back campaign for the Eagles after a 3-9 season in 2021. Before last season, Georgia Southern had been to three straight bowls with victories in 2018 and 2020.Though this is just the ninth edition of the Camellia Bowl, the game has developed a reputation for high drama. The first seven games in the bowl’s history were decided by a touchdown or less until Georgia State trounced Ball State 51-20 in last year’s edition.

Buffalo vs. Georgia Southern: Need to knowVantrease’s reunion: Only Western Kentucky and Mississippi State have attempted more passes this season than Georgia Southern, which aired it out 564 times during the regular season. The Eagles rank No. 4 nationally in passing offense at 327 yards per game and are No. 19 in total offense at 467.8 years per game. The engine of the passing attack is quarterback Kyle Vantrease, a sixth-year senior who spent his first five years at Buffalo, appearing in 35 games and throwing for 25 touchdowns. In Georgia Southern’s pass-happy attack this year, he’s thrown for 25 more.Tackling machine: Buffalo counters Georgia Southern’s high-powered offense with a defense that features one of the nation’s top tacklers. Linebacker Shaun Dolac leads the nation with solo tackles at 90 and has been credited with 134 total stops on the season. The former walk-on also has 12.5 tackles for loss, 4.5 sacks and 7 pass deflections on the year.Recent history: Buffalo and Georgia Southern have never played each other, but both have played in the Camellia Bowl before. The Eagles beat Eastern Michigan 23-21 in the 2018 version of the game while Buffalo edged Marshall 17-10 in 2020. Ironically, Vantrease was the quarterback for the Bulls in the 2020 game. This time, he’ll be trying to beat Buffalo.

How to watch the Camellia Bowl liveDate: Tuesday, Dec. 27 | Time: 12 p.m. ETLocation: Cramton Bowl — Montgomery, AlabamaTV: ESPN | Live stream: fuboTV (Try for free)Camellia Bowl prediction, picksGeorgia Southern’s high-octane passing attack got back on track in the Eagles’ 51-48 victory Appalachian State to end the regular season. Buffalo counters with a respectable defense but might lack the firepower keep up in this game. The Bulls failed to reach 30 points in their final four games and will likely need to reverse that trend in order to score enough to hang with Georgia Southern. Prediction: Georgia Southern -3.5Which college football picks can you make with confidence during bowl season, and which underdogs will win outright? Visit SportsLine to see which teams will win and cover the spread — all from a proven computer model that has returned almost $2,500 in profit over the past six-plus seasons — and find out.