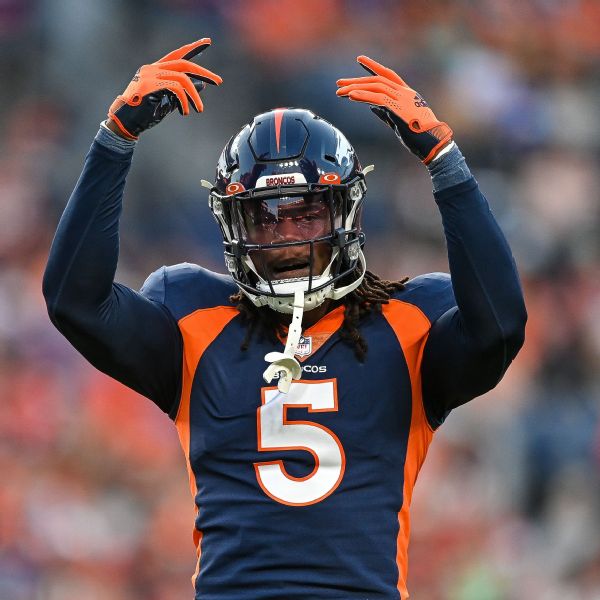 Denver Broncos linebacker Randy Gregory and Los Angeles Rams guard Oday Aboushi have each been suspended one game after the two traded blows following the Rams’ 51-14 win Sunday.As the teams crowded the middle of the field on their way to their locker rooms after the game, Gregory and Aboushi exchanged words — with helmets on — and Gregory punched Aboushi in the helmet. Aboushi responded with a punch of his own before they were separated.In letters sent to the players Monday, NFL vice president of football operations Jon Runyan said, “as you were walking toward a group of teammates, coaches, and media, you both stopped and swung at each other’s head and/or neck. Your aggressive conduct could have caused serious injury and clearly does not reflect the high standards of sportsmanship expected of a professional.”Gregory and Aboushi will be eligible to return to their respective teams on Jan. 2. The players have the option to appeal their suspensions.1 RelatedSunday was just the second time Gregory had played since he suffered a knee injury in Week 4. He signed a five-year, $70 million deal in the offseason, but he has been limited to six games.The postgame skirmish capped off a game of undisciplined moments for Gregory. He was pulled from the game twice by coach Nathaniel Hackett, once in the first half when Gregory was flagged after he threw his helmet after a Rams touchdown, and later when he was flagged for a late hit on Rams quarterback Baker Mayfield.”After that second one, we took him out — that’s unacceptable,” said Hackett, who was fired Monday.Gregory declined to address the incidents after the game other than to say, “Y’all want to know if I hit him in the mouth — I did.”Information from ESPN’s Jeff Legwold was used in this report.