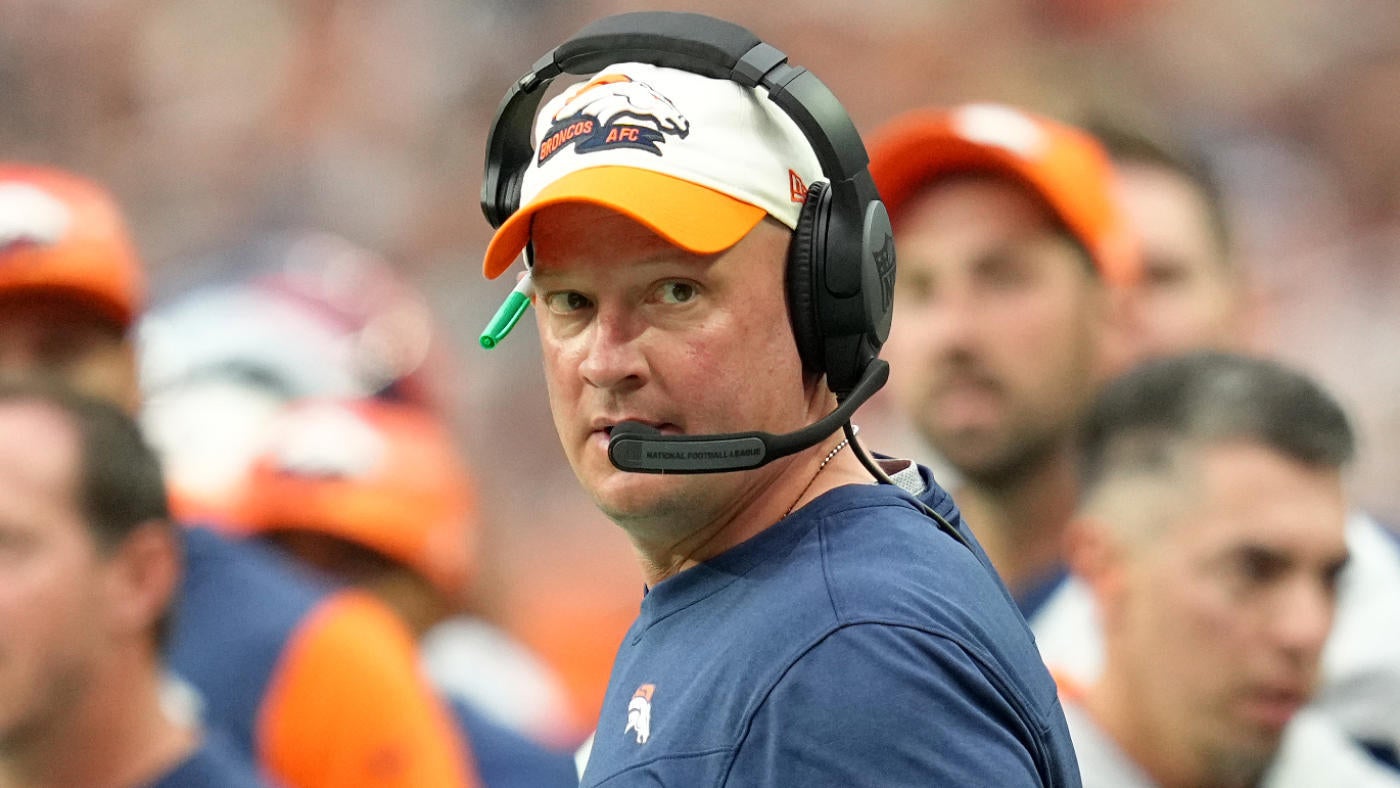 The Denver Broncos fired first-year head coach Nathaniel Hackett on Monday. A league source told CBS Sports NFL Insider Josina Anderson that the Broncos were looking to “blow it up.” That process apparently starts with parting ways with Hackett.This move comes after the Broncos were embarrassed by the Los Angeles Rams on Christmas, 51-14. Russell Wilson threw three interceptions, while Denver’s defense failed to force a single Rams punt. There was also a skirmish on the Broncos sideline during the game, and then pass rusher Randy Gregory appeared to slap Rams offensive guard Oday Aboushi after the final whistle. Sunday was an absolute disaster for Denver, and the final nail in the coffin for coach Hackett. Hackett went 4-11 in his 15 games as Broncos head coach. Broncos owner and CEO Greg Penner released this statement announcing the decision.”On behalf of our ownership and organization, I want to thank Nathaniel Hackett for his dedication as head coach of the Denver Broncos. We sincerely appreciate Nathaniel’s efforts and wish him and his family all the best in the future.”Following extensive conversations with George and our ownership group, we determined a new direction would ultimately be in the best interest of the Broncos. This change was made now out of respect for everyone involved and allows us to immediately begin the search for a new head coach.”We recognize and appreciate this organization’s championship history, and we understand we have not met that standard. Our fans deserve much better, and I can’t say enough about their loyalty during such a challenging stretch for our team. “Moving forward, we will carefully evaluate every aspect of our football operations and make whatever changes are necessary to restore this franchise’s winning tradition.”I will lead our head coaching search with support from our ownership group and George, whom I have confidence in as our general manager. As we begin the process of selecting our next head coach, we remain focused on playing competitive football to finish the season on a positive note.” The Broncos have been the biggest disappointment in the NFL this season. Despite the hire of the colorful offensive coordinator formerly of the Green Bay Packers and the addition of Wilson, the Broncos struggled out of the starting gates, and things never got better.

Denver’s disappointments began in the season opener against the Seattle Seahawks, where Wilson fell to his former team in primetime. Down one point with just seconds remaining in the fourth quarter, Hackett pulled his recently-extended quarterback the Broncos gave up two first and two second-round picks plus three players for off of the field with the game on the line on fourth-and-5, opting to attempt a field goal that would have made Lumen Field history instead. Hackett later admitted he made the wrong choice, but decision-making issues followed him into the next week.Hackett’s first career win against the Houston Texans couldn’t be enjoyed, as fourth-down issues again plagued the Broncos. During a specific instance in enemy territory, the offense accidentally ran out the play clock on themselves on fourth-and-short, which knocked the Broncos out of field-goal range. It was Denver’s home opener, and the fans were jokingly counting down the play clock in an attempt to help the offense.Even in Denver’s second win of the season against the San Francisco 49ers, the offense was booed mercilessly. The Broncos then lost to the Las Vegas Raiders, the Jonathan Taylor-less Indianapolis Colts at home in overtime, the Los Angeles Chargers in another overtime game and then the New York Jets at home. Denver did squeak out a win against the Jacksonville Jaguars in London, but then went on a five-game losing streak. Hackett’s final win as head coach came against the Arizona Cardinals in a battle of backup quarterbacks in Week 15.

We don’t see first-year head coaches fired often, but it does in fact happen. Last year, Urban Meyer lost his Jaguars’ head-coaching job midseason due to issues that didn’t all have to do with on-field play, but the Texans also let David Culley go — a move that was controversial after he arguably overachieved despite the 4-13 record. The last first-year head coach to be fired before last season was Steve Wilks of the Cardinals in 2018.