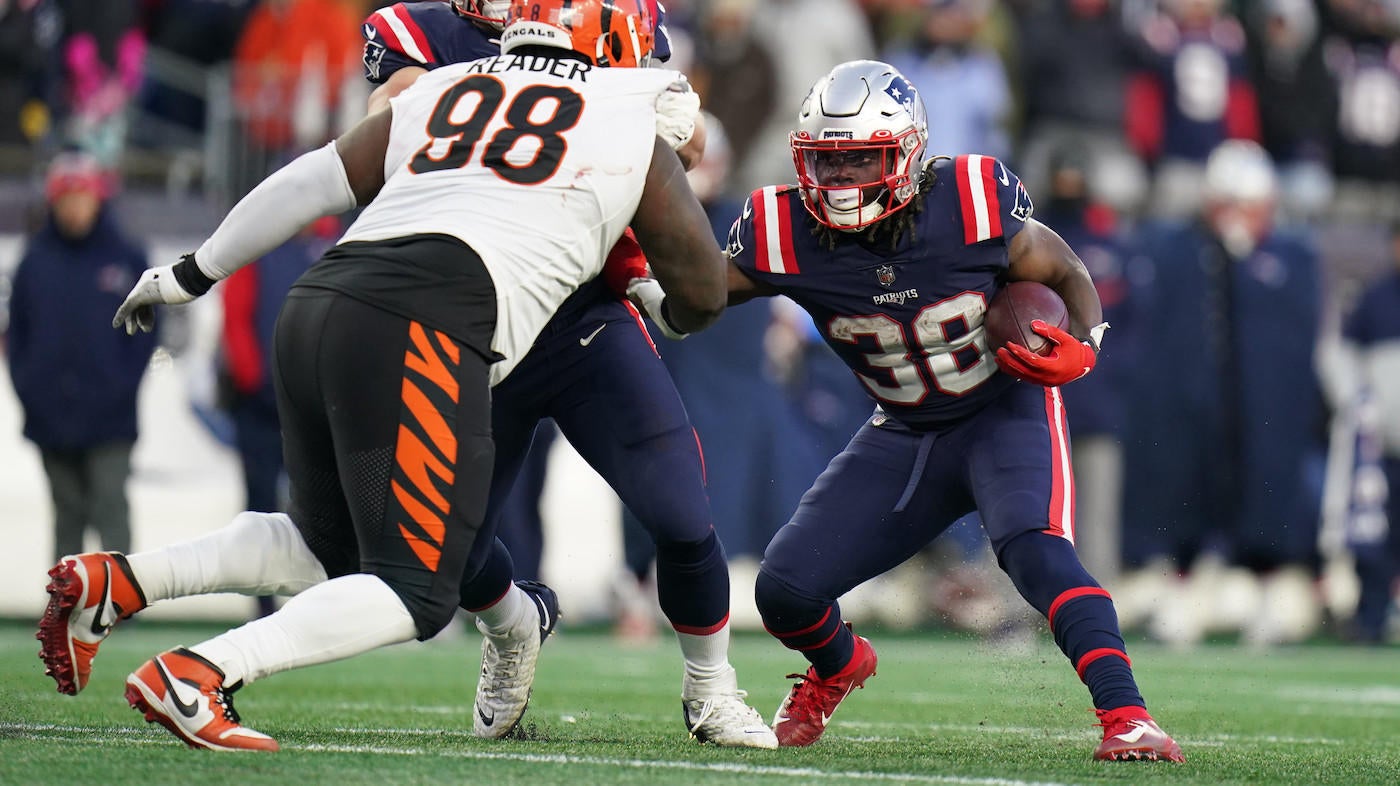 Typically, ball security is job security in New England under Bill Belichick. If a player coughs the ball up, we’ve seen the Patriots head coach effectively put him in the witness protection program, never to be heard from again. However, that doesn’t seem to be the case with Rhamondre Stevenson, even after back-to-back weeks headlined by poor late-game execution. The latest miscue came in New England’s Week 16 loss to the Cincinnati Bengals. Despite trailing by 22 points at halftime, the Patriots did rattle off 18 straight points in the second half to come within striking distance of pulling off the comeback and upset. The team’s best chance of taking the lead came with just under a minute to go in regulation. On a first-and-goal attempt from the Cincy 5-yard line, the Patriots seemed destined to find the end zone and pull out the stunning victory. However, Stevenson took that snap and fumbled the ball. The Bengals recovered and hung on to the 22-18 victory. This was Stevenson’s second gaffe in as many weeks. In Week 15, he was the catalyst for New England’s epic collapse against the Raiders as he lateraled the ball back to Jakobi Meyers before he threw it into the arms of Chandler Jones, who ran it into the end zone to give Las Vegas the victory.

While you may think that Belichick would now bury Stevenson on the depth chart — as we’ve seen him do to folks in the past — the head coach actually came to his defense when speaking to reporters on Monday.

“Rhamondre’s ball security has been pretty good all year,” said Belichick. “He had the ball knocked out on the start of the second half there. Yeah, he had two hands on the ball. They’re running him back and they knock it out at the end.” Belichick was then asked a follow-up question centering around coaching in that situation. Specifically, do you coach the player up to know when to get down once he realizes his forward progress has been stopped to prevent the opposing player a chance to jaw the ball free or simply reinforce the player to keep two hands on the ball? To that, Belichick answered: “Yeah, I’m not going to second guess Rhamondre on what he did.”

While short, Belichick’s defense of Stevenson is notable given how the last two weeks have gone. The second-year back has been one of the long bright spots of the offense this season as he leads the team in rushing and has a team-high 62 receptions.