Benzema’s agent hits out at France for World Cup omission 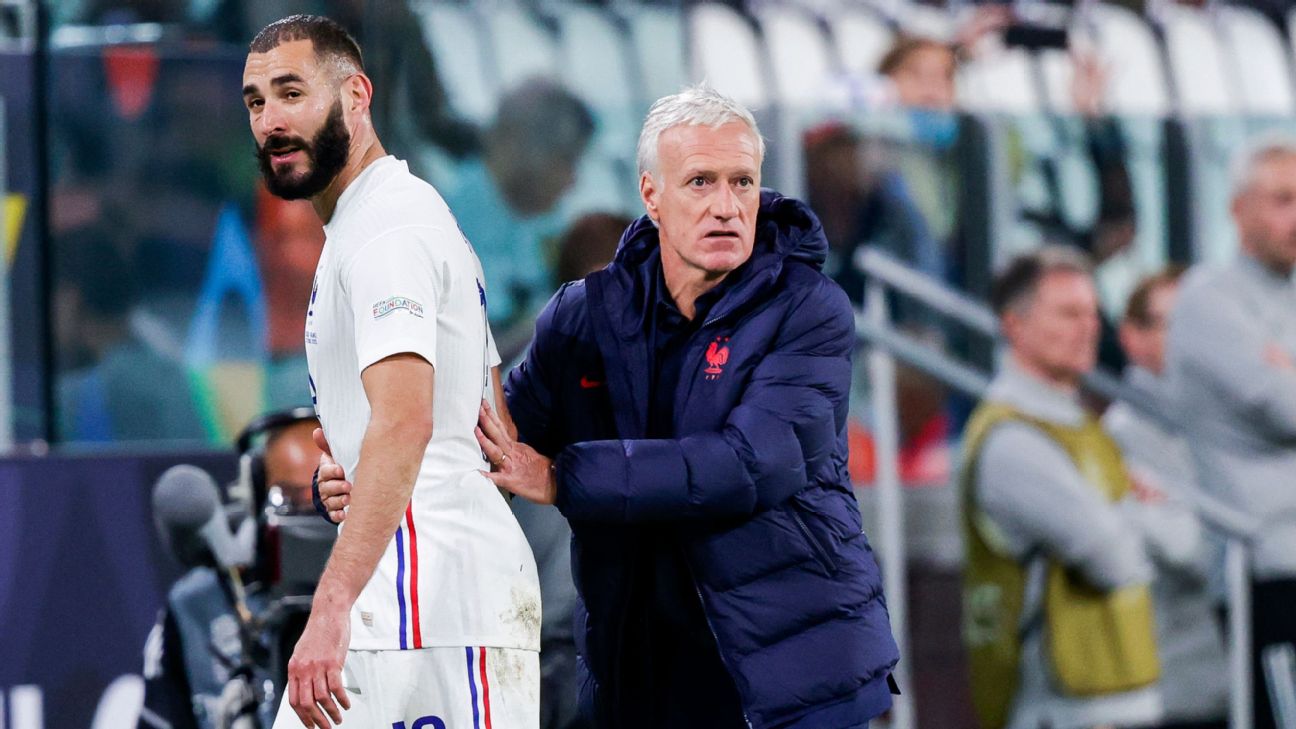 7:16 AM ETAlex KirklandJulien LaurensKarim Benzema’s agent has claimed the forward would have been available to play for France from the World Cup round-of-16 stage, but was sent home prematurely by coach Didier Deschamps and the team’s medical staff.Benzema, 35, suffered a thigh injury in training on Nov. 19, three days before France’s World Cup defence was due to begin, with the French football federation saying he would need a three-week recovery period.- Stream on ESPN+: LaLiga, Bundesliga, more (U.S.)Deschamps — after consulting with France team doctor Franck Le Gall — decided the injury required his withdrawal from the national team, with Benzema returning to train with Real Madrid and later retiring from international football.”I’ve consulted three specialists who confirm the diagnosis that Benzema could have been fit from the round of 16, to be on the bench at least!” agent Karim Djaziri tweeted on Monday, sharing a video of the player’s scan at a hospital in Qatar.”Why did you ask him to leave so quickly?”Djaziri has been outspoken in his criticism of the decision to send Benzema home.Didier Deschamps decided to not risk selecting Karim Benzema for the World Cup after his injury. Photo by David S. Bustamante/Soccrates/Getty Images”A week after his departure, Benzema started running again,” he tweeted on Sunday. “After four days of training he played 30 minutes in a friendly for Real Madrid…. Keep on lying, the truth is coming.”Without Benzema, France reached the World Cup final, where they were beaten by Argentina on penalties.International teammate Kylian Mbappe won the tournament’s Golden Boot with eight goals, including a hat trick in the final, while Benzema’s replacement in the starting lineup, Olivier Giroud, scored four times.- World Cup Best & Worst: Memorable Messi & Salt Bae cameoDeschamps opted not to call up a replacement for Benzema.Sources told ESPN the coach felt that the player’s injury was too serious to keep him in Qatar without playing for three weeks.Benzema believed that if Deschamps truly valued him, he would have kept him in the squad to be able to take part in the knockout stage, sources said.The forward will be back in action when LaLiga returns this week, with Madrid visiting Real Valladolid on Friday.