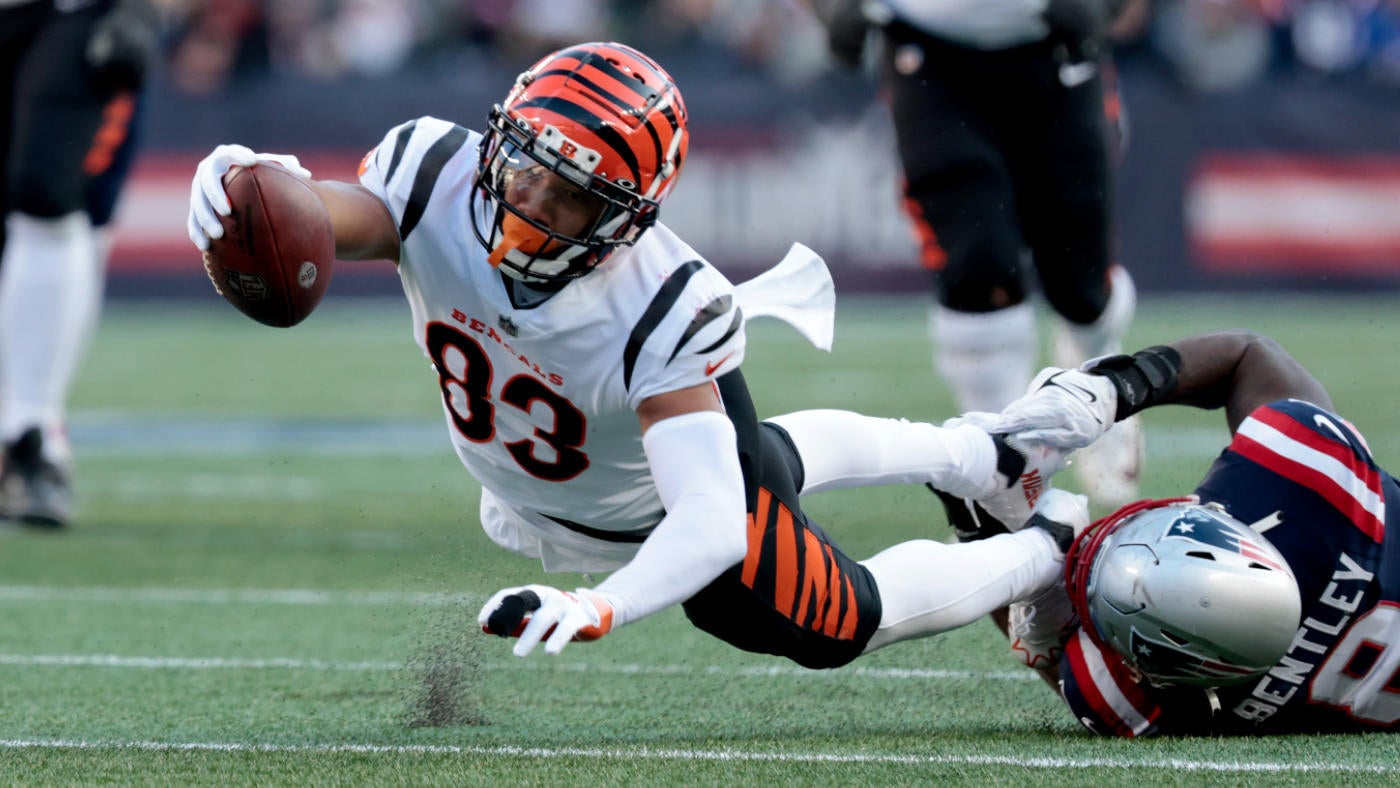 The Bengals’ 22-18 win over the Patriots was definitely one of the wildest games of Week 16. Not only did it provide us with a lot of drama, but it also gave us a scorigami, which is when a game ends with a final score that’s never happened before in NFL history. The Bengals appeared to be fully in control at halftime with a 22-0 lead, but then the Patriots clawed their way back into the game with three touchdowns in the second half. New England actually had a chance to win in the final minutes, but Rhamondre Stevenson fumbled the ball away from inside the Bengals’ 5-yard line with just under one minute left to play to give Cincinnati the win. If the Patriots had scored on their final drive, the game likely would have ended with a final score of 25-22, which would not have been a scorigami, but that didn’t happen. Instead, the Bengals got the 22-18 win, which marked the first time in NFL history that a game had ever ended with that exact final score.
As you can see above, it’s the 1,075th unique final score in NFL history. The Bengals’ win marked just the third scorigami of the 2022 season. The first one of the year came back in Week 4 when the Seahawks beat the Lions 48-45. The second came in Week 13 when the Cowboys thrashed the Colts 54-19.

During the 2021 season, there were a total of six scorigamis, but obviously as more final scores get knocked off the all-time list, scorigamis will be more difficult to come by, which is likely a big reason why we haven’t seen as many happen this year. This scorigami almost didn’t happen and it definitely wouldn’t have happened if not for an off day by the kickers for both teams. On the Patriots’ end, Nick Folk missed two extra points and if he hits either one of those — or both — we likely don’t get a scorigami. As for the Bengals, Evan McPherson also missed two kicks — one extra point and one field goal — and once again, if he hits either of those, we likely don’t get a scorigami. If the kickers make their kicks or if Stevenson doesn’t fumble in the final minute, the scorigami almost certainly doesn’t happen, but the football Gods wanted to see a Christmas miracle in the form of a scorigami, so that’s what we got.

For the Patriots, this marked their first scorigami since a 43-40 win over the Chiefs back in Week 6 of the 2018 season. As for the Bengals, it’s been nearly a decade since they’ve been involved in a scorigami. Cincinnati’s last scorigami came during a 37-37 tie with the Panthers back in 2014.