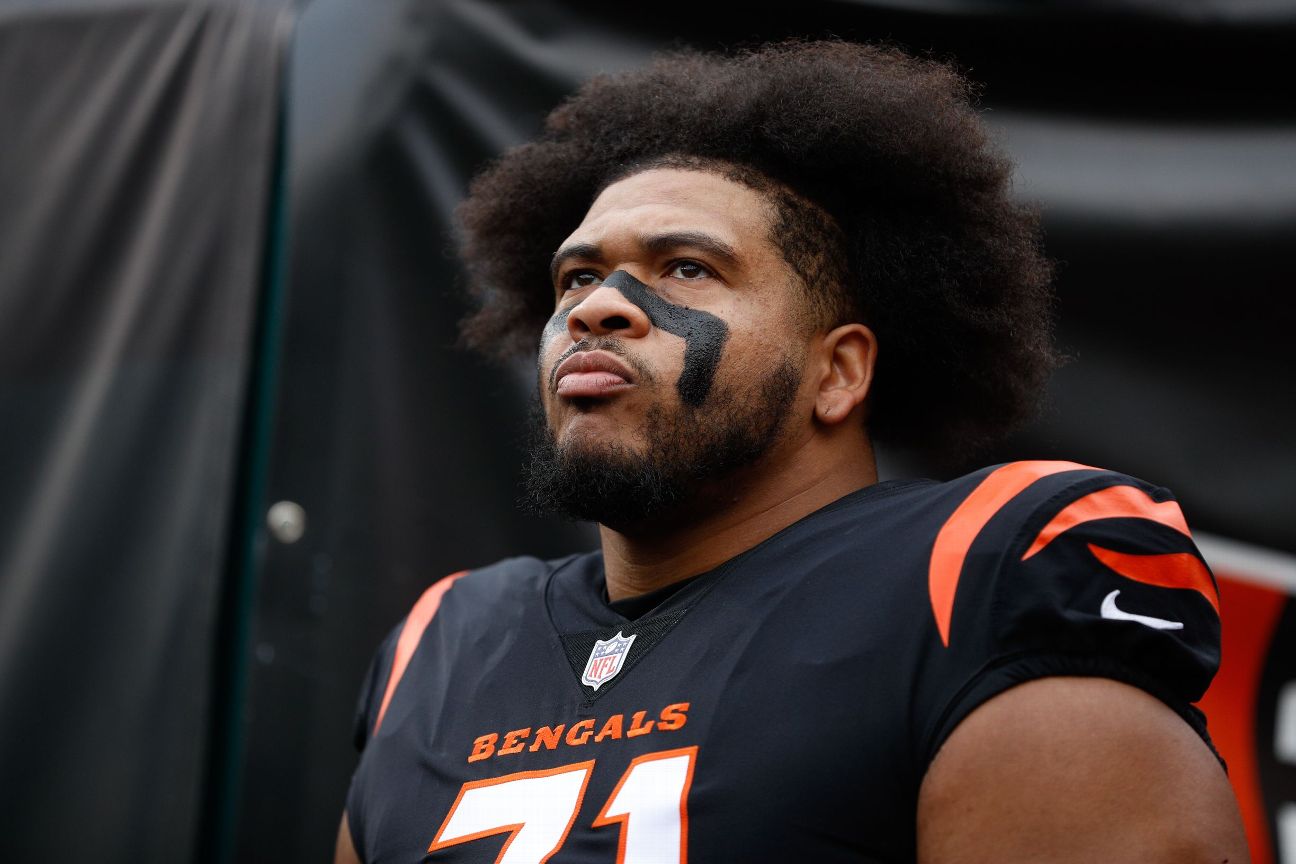 FOXBOROUGH, Mass. — Cincinnati Bengals right tackle La’el Collins was ruled out of Saturday’s game against the New England Patriots with a left knee injury.Collins went down in the first quarter after a Patriots defender rolled up Collins’ left leg from behind. As soon as he went down, Patriots trainers signaled for the Bengals’ medical staff to quickly evaluate Collins.He was able to walk off the field after staying down on the field for a few minutes. But after an evaluation inside the team’s medical tent, he was carted back to the locker room and ruled out for the remainder of the game.Collins, who signed with the Bengals as a free agent in the previous offseason, has started all 16 games for Cincinnati this season. He ranked 59th out of 65 qualifying players in pass block win rate as a tackle, an ESPN metric powered by NFL Next Gen Stats.