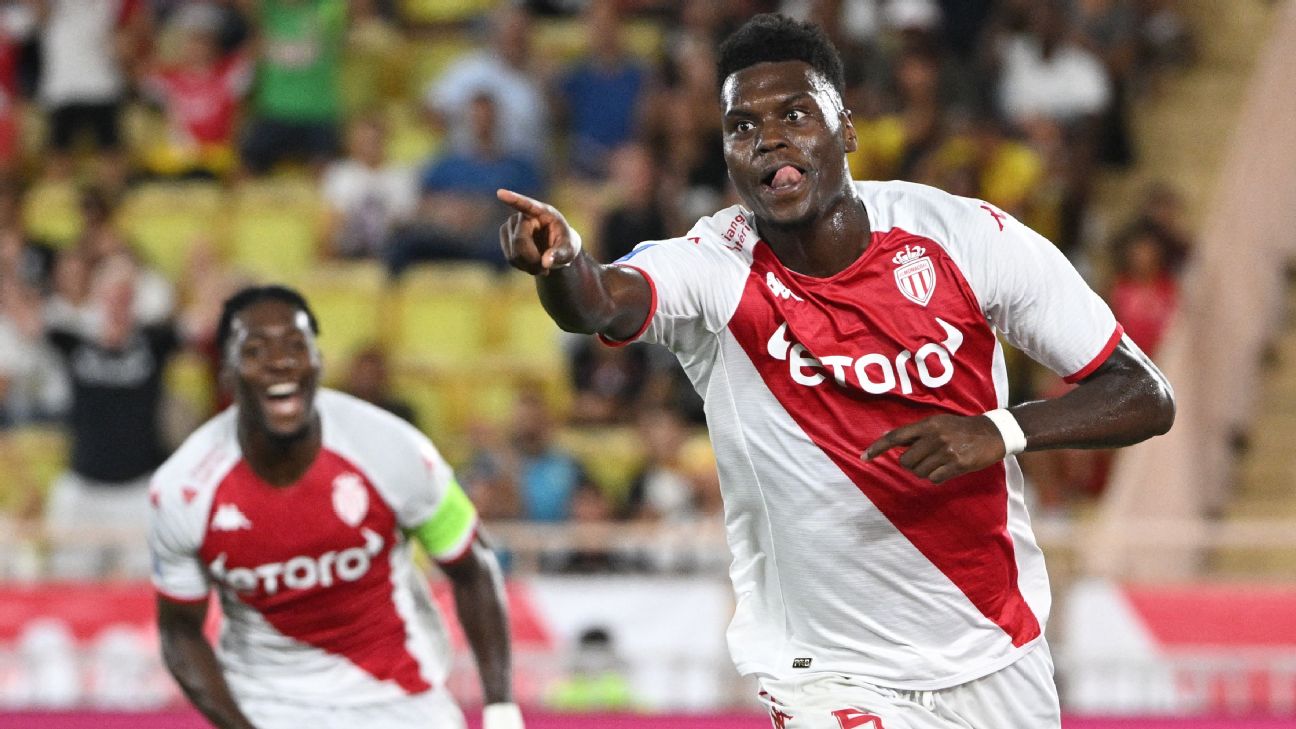 7:04 PM ETNick JuddTransfer writer Chelsea are looking to strengthen their defence, and Benoit Badiashile of Monaco could be on his way to west London. CHRISTOPHE SIMON/AFP via Getty ImagesWith the opening of the January transfer window coming closer, there’s plenty of gossip swirling about who’s moving where. Transfer Talk brings you all the latest buzz on rumours, comings, goings and, of course, done deals!TOP STORY: Chelsea line up January deal for Monaco starlet BadiashileChelsea are looking to strengthen their defence in the new year, and despite longstanding interest in RB Leipzig centre-back and World Cup breakout star Josko Gvardiol, the Athletic reports that it’s Benoit Badiashile of AS Monaco who’s climbed to the top of the Blues’ wish list.The 21-year-old France international can play in a back four or on the left of a three-man defence, and the two clubs are said to be in talks over a deal that could be finalised in January. The Principality club command a transfer fee of €35m in order to allow Badiashile to move to west London.Badiashile, who has been in Monaco’s system since 2016, has made 135 appearances for the club in all competitions and has been a regular in the side since 2018-19. The 6-foot-4 defender has particularly impressed this season with his ability on the ball and in one-on-one situations.Chelsea have been monitoring the player’s situation since the summer, despite regularly being linked with a move for Gvardiol. Badiashile is said to be a priority at Stamford Bridge, ahead of the likes of 23-year-old Evan Ndicka of Eintracht Frankfurt and 20-year-old Piero Hincapie of Bayer Leverkusen.PAPER GOSSIP2 Related- Uruguay striker Luis Suarez has been offered a money-spinning 18-month deal by Saudi club Al-Khaleej, but he remains set to join Brazilian side Gremio, according to Fabrizio Romano. The 35-year-old striker was offered a $6m salary to move to the Saudi Pro League, but his move to Gremio on a two-year deal is all but sealed.- AS Roma are preparing a bid for United States international Johnny Cardoso, according to Ekrem Konur. The Italian capital club are looking to add the 21-year-old Internacional midfielder to their squad in January, but they face stiff competition from Spanish sides Valencia and Real Betis. Cardoso has been a regular starter for the Porto Alegre side in the past three years, playing 39 games and scoring twice. He’s also added two assists. Roma may have the advantage over their Spanish counterparts, however, as a result of their more superior financial situation.- Manchester City chiefs believe the prospect of working with Pep Guardiola will see them win the race for Jude Bellingham, according to the Sun. Real Madrid consider themselves ahead of the pack when it comes to the signature for the coveted 19-year-old midfielder, but City feel Guardiola’s extension as manager until 2025, and the opportunity for Bellingham to play alongside Erling Haaland again, could swing the move in their favour. Liverpool, Manchester United, Chelsea and Paris Saint-Germain are all monitoring the England international.- Manchester United are considering making a bid for Lyon right-back Malo Gusto, according to Media Foot. The 19-year-old former France youth international has emerged as one of his team’s most consistent performers this season, contributing one assist from 14 league appearances. Gusto’s contract runs until 2024, and United could be frontrunners to sign him if Lyon are unable to agree fresh terms, and the Red Devils are preparing a bid including a €30m transfer fee.- Tottenham Hotspur could make some space in their squad by allowing Pape Sarr and Bryan Gil move to LaLiga in January, according to Relevo. Both players joined the north London club ahead of last season, but with Sarr still yet to make his debut, the 20-year-old Senegal international could be on the move to Sevilla. Gil, 21, has also struggled to get any meaningful game time under boss Antonio Conte following his £21m move in 2021, and Valencia are keen to make a move for the midfielder after a successful loan spell last season.