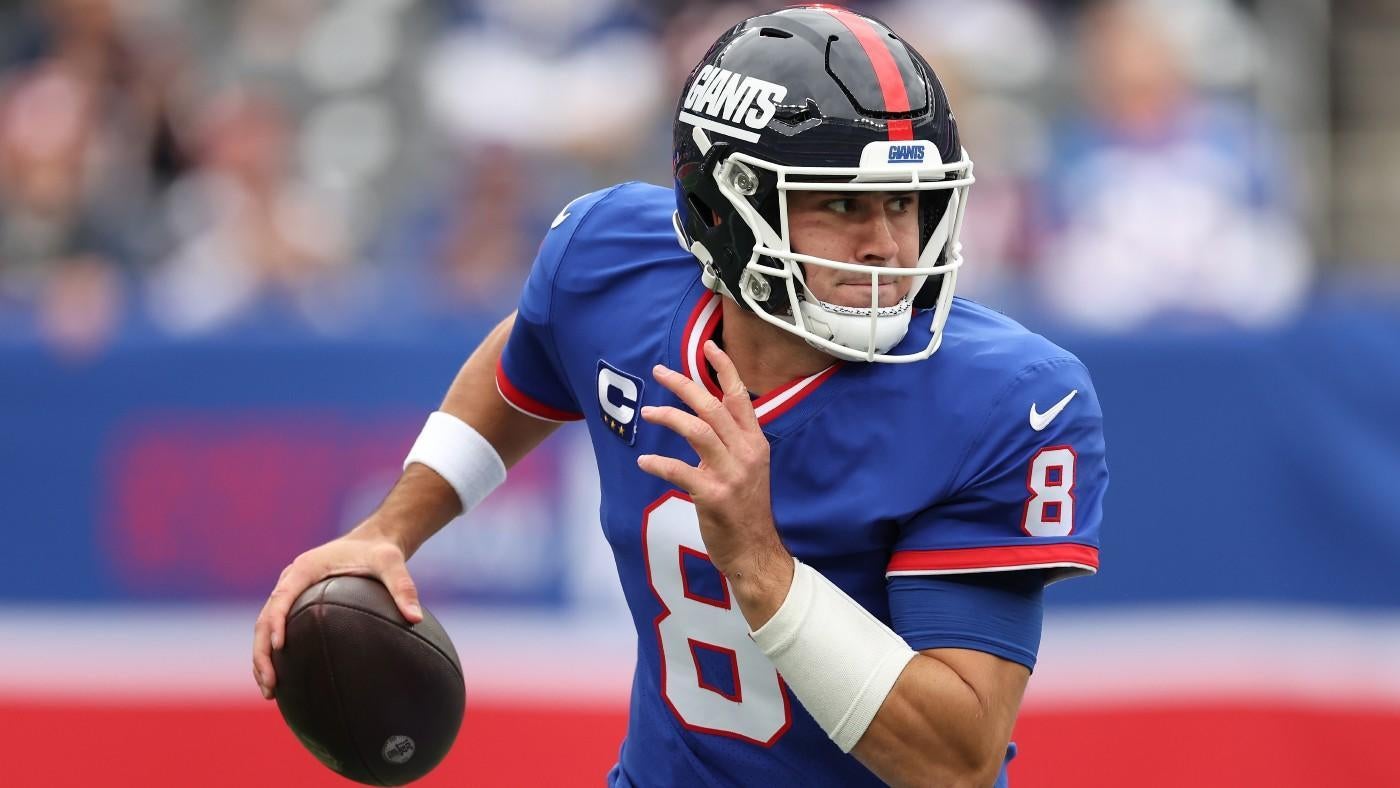 2022 became a prove-it year for Giants quarterback Daniel Jones when the new regime of head coach Brian Daboll and general manager Joe Schoen declined to pick up his fully guaranteed $22.384 million fifth-year option for 2023 at the end of April. The decision meant Jones would be an unrestricted free agent in 2023.Jones is making strides this year. 2019’s sixth overall pick has drastically cut down on the turnovers that plagued him during the first part of his four-year NFL career. Jones’ 23 turnovers (12 interceptions and 11 fumbles lost) as a rookie in 2019 were tied for the second most in the NFL. He was tied for fourth with 16 turnovers (10 interceptions and six lost fumbles) in 2020. Jones is tied for the league’s fewest interceptions with four among qualified passers (at least 14 pass attempts per team’s games played) and has only lost three fumbles this season. He also has the NFL’s lowest interception rate (interceptions/pass attempts) at 1.0%. Jones is posting career highs in completion percentage (66%) and passer rating (90.5). He ranks 12th and 17th, respectively, in the NFL in these categories. His 2,694 passing yards are 16th in the league.

Jones is only averaging 6.6 yards per pass attempt (26th in the NFL). He is also tied for last among 33 qualified passers with a mere 20 pass attempts of 20 yards or more.Jones is making more plays with his legs than in the past. He earned NFC Offensive Player of the Week honors for Week 7 after becoming the first player in Giants history with 200 passing yards and 100 rushing yards in a game during a 23-17 win over the Jaguars. Jones has a career-best 583 rushing yards, which are fifth most in the NFL for a quarterback. He is fifth in the league with 5.6 yards per carry.The Giants, who were expected to be rebuilding, are on the verge of a playoff berth for the first time since 2016. With an 8-5-1 record, the Giants are currently on track for the NFC’s sixth seed.

Jones’ improved play hasn’t spurred the Giants to initiate discussions on a new contract. The Giants attempted to negotiate a new deal with running back Saquon Barkley, who is also in a contract year, prior to their Week 9 bye. The two sides reportedly weren’t close to reaching an agreement. This suggests Barkley is a higher signing priority and more of a franchise tag candidate than Jones.Finding an appropriate value for Jones could be a tricky proposition. A true middle tier of starting quarterback salaries doesn’t currently exist. There are nine quarterbacks (Aaron Rodgers, Russell Wilson, Kyler Murray, Deshaun Watson, Patrick Mahomes, Josh Allen, Derek Carr, Dak Prescott and Matthew Stafford) with contracts averaging $40 million per year or more. Four quarterbacks (Kirk Cousins, Jared Goff, Carson Wentz and Matt Ryan) have deals averaging between $30 million and $40 million per year. Tom Brady and Ryan Tannehill are the two quarterbacks on deals averaging between $25 million and $30 million per year.

The quarterback market takes a steep drop after Brady and Tannehill. Jameis Winston is next. He returned to the Saints on a two-year, $28 million deal averaging $14 million per year with $21 million fully guaranteed after suffering a season-ending left knee injury seven games into the 2021 season. Incentives and salary escalators make the deal worth as much as $44 million.Complicating matters is the average salary for starting quarterbacks, excluding those on rookie contracts, is $32,036,681 per year according to NFLPA data. The number is $21,318,677 per year with the inclusion of starting quarterbacks on rookie contracts. The salaries for incoming players are determined strictly by draft position under the rookie wage scale.The Giants probably aren’t convinced Jones is the long-term answer at quarterback. A franchise or transition tag likely isn’t appealing given the $22.384 million cost of the declined option. The non-exclusive quarterback franchise tag, which would entitle the Giants to two first-round picks from the signing team on an unmatched offer sheet, should be $32.445 million with a $225 million 2023 salary cap. This represents 14.42% of the salary cap. The transition tag, which would only give the Giants a right to match another team’s offer sheet, is expected to be $29.53 million with a $225 million salary cap.

Some sort of bridge or short-term deal (two to three years) probably makes the most sense for both sides. The Giants aren’t going to be in a position to select a perceived potential quarterback in the 2023 NFL Draft as a likely playoff team. There will surely be an upgrade at wide receiver either in the draft or free agency. The free agent crop of wide receivers isn’t particularly strong.Improving the weapons in the passing game would allow Daboll to get a better idea about Jones. Allen, Jalen Hurts and Tua Tagovailoa took a big step forward with the addition of a legitimate veteran No. 1 wide receiver. The Bills, Eagles and Dolphins got Stefon Diggs, A.J. Brown and Tyreek Hill, respectively, via trade.

How the Jaguars handled 2014 third overall pick Blake Bortles when he was entering his fifth NFL season could be instructive. The Jaguars gave Bortles a two-year extension averaging $17,473,500 per year in February 2018 after previously exercising his fifth-year option for $19.053 million. At that time, fifth-year options were guaranteed for injury only when exercised instead of being fully guaranteed if picked up as they are now. The options became fully guaranteed on the first day of the league year of the option year, giving the team an out as long as the player stayed healthy.

The deal put Bortles under contract for three years (2018 through 2020) totaling $54 million, where $26.5 million was fully guaranteed. The maximum value of the contract was $66.5 million thanks to base salary escalators and incentives.Bortles was coming off a 2017 season in which he threw for 3,687 yards with 21 touchdowns and 13 interceptions while connecting on 60.2% of his passes for an 84.7 passer rating. During three playoff games, Bortles threw for 594 yards with three touchdowns and zero interceptions as the Jaguars advanced to the AFC Championship Game.Prior to that, Bortles set Jaguars single-season records for passing yards (4,428) and touchdown passes (35) in 2015. He also led in the NFL with 18 interceptions in 2015.

Bortles’ career went off the tracks in 2018. He was benched during the latter part of the season and released the following March when he had a $6.5 million 2019 base salary guarantee. Bortles last took a snap in an NFL game during the 2019 season. He announced his retirement in October.The salary cap was $177.2 million when Bortles signed his deal. In a 2023 salary cap environment, the base value of the Bortles contract would be in the $23 million per year neighborhood. A Jones deal along those lines with incentives and/or salary escalators could make sense barring a collapse over the final three regular season games or a magical playoff run where Jones elevates his level of his play.Absent one of these developments, Jones runs the risk of pricing himself out of New York if he feels the average starter salary with veteran contracts is good barometer of his worth. The Giants would probably be inclined to let Jones test the open market if seeking in excess of $30 million per year and explore other options at quarterback.